Will he read the verdict first?

NEW: Antifa/BLM poster tells rioters to "rage" in Portland "no matter what the verdict is" 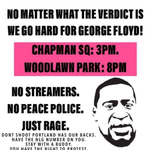 NFLX subscriber growth in the US and Canada has been below 1 million for the past three quarters.

A Record Number Of 85-Year-Old Americans Are Still Working

As we saw with Friday’s jobs report, the booming US economy has continued to draw in workers from “the sidelines” – ie people who weren’t actively looking for work and were considered to be “out” of the workforce – as the participation rate has ticked higher in recent months (though it remains well below its pre-crisis levels). Still, economists have been largely unable to explain how wages have remained stagnant in a supposedly “tight” labor market. But a recent story in the Washington Post might hold a few clues…

According to Census data analyzed by WaPo, the number of Americans aged 85 and older who are still working has risen to record highs in recent years.

Meanwhile, the number of workers between the ages of 18 and 30 who are out of the workforce hasn’t been this high since the 1970s, before large numbers of women entered the workforce.

They’re doing all sorts of jobs – crossing guards, farmers and ranchers, even truckers, as my colleague Heather Long revealed in a front-page story last week. Indeed, there are between 1,000 and 3,000 U.S. truckers age 85 or older, based on 2016 Census Bureau figures. Their ranks have roughly doubled since the Great Recession.

America’s aging workforce has defined the post-Great Recession labor market. Baby boomers and their parents are working longer as life expectancies grow, retirement plans shrink, education levels rise and work becomes less physically demanding. Labor Department figures show that at every year of age above 55, U.S. residents are working or looking for work at the highest rates on record.

The oldest workers in the workforce, many of whom have been forced out of retirement for financial reasons, have clustered in 26 of the 455 occupations tracked by the Census Bureau data.

As one might expect, these are industries like sales or management, which don’t require physically demanding labor. Farmers and ranchers has perhaps the largest percentage of elderly workers compared with younger ones, according to WaPo.

Crossing guards are relatively likely to be age 85 or above. The same goes for musicians, anyone who works in a funeral home, and product demonstrators like those you might find at a warehouse club store.

But that chart only tells half the story. Few people of any age get the opportunity to work as crossing guards, funeral directors or musicians. So, while they may be elder-friendly jobs, they’re not the top jobs for older people.

By sheer numbers, the top job among the 85-plus-year-olds is farmers and ranchers. It’s also the one in which the distribution of older workers is most different from the distribution of the rest of the population. That category, which is distinct from farm laborers, houses 3.5 percent of the oldest workers – but just 0.5 percent of the rest of the population.

Generational shifts drive much of the split. When today’s oldest workers were entering the labor force, farmers and ranchers had far more options than computer scientists did, and that’s shaped their professional choices today, seven decades down the line.

Perhaps the bizarre phenomenon that older workers are entering the workforce at levels never seen before, while a growing number of young people have been sidelined from the workforce for whatever reason (be it because of drugs, illness or simply because they don’t want to work), has something to do with the fact that wages are stagnant. According to WaPo, at every age above 55, US residents are working or looking for work at the highest rates on record. Workers who are coming out of retirement, or just trying to hang on in the face of ageism in the workforce, aren’t exactly in the best position to negotiate for higher wages.

A Record Number Of 85-Year-Old Americans Are Still Working