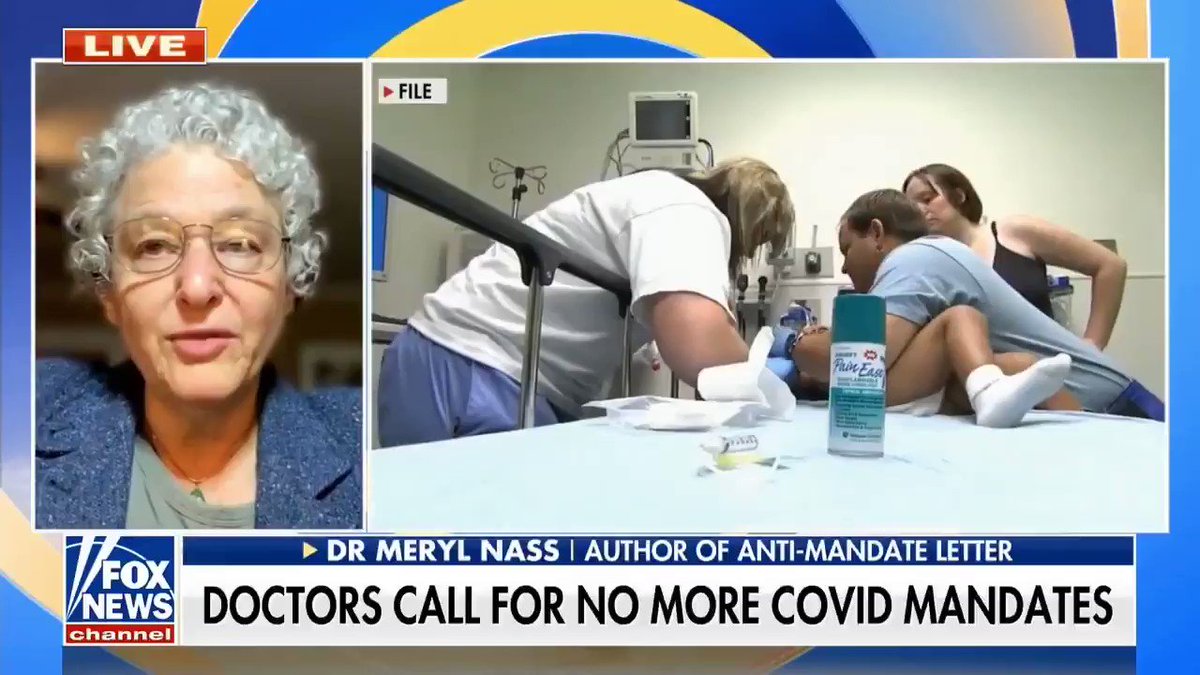 Are the loss of freedoms + violations of human rights during COVID reminiscent of the Nazi playbook? 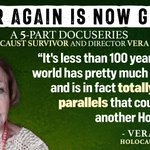 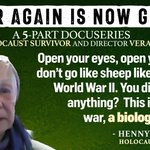 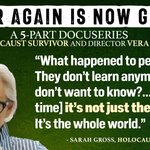 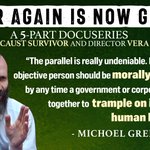 "Hang your health on the decisions of this group AT YOUR OWN RISK!" — Dr. Meryl Nass (@nass_meryl)

A report by the National Science Advisory Board for Biosecurity highlighted wide gaps in the oversight of controversial projects, funded by the @NIH, that create “enhanced pandemic potential pathogens.” 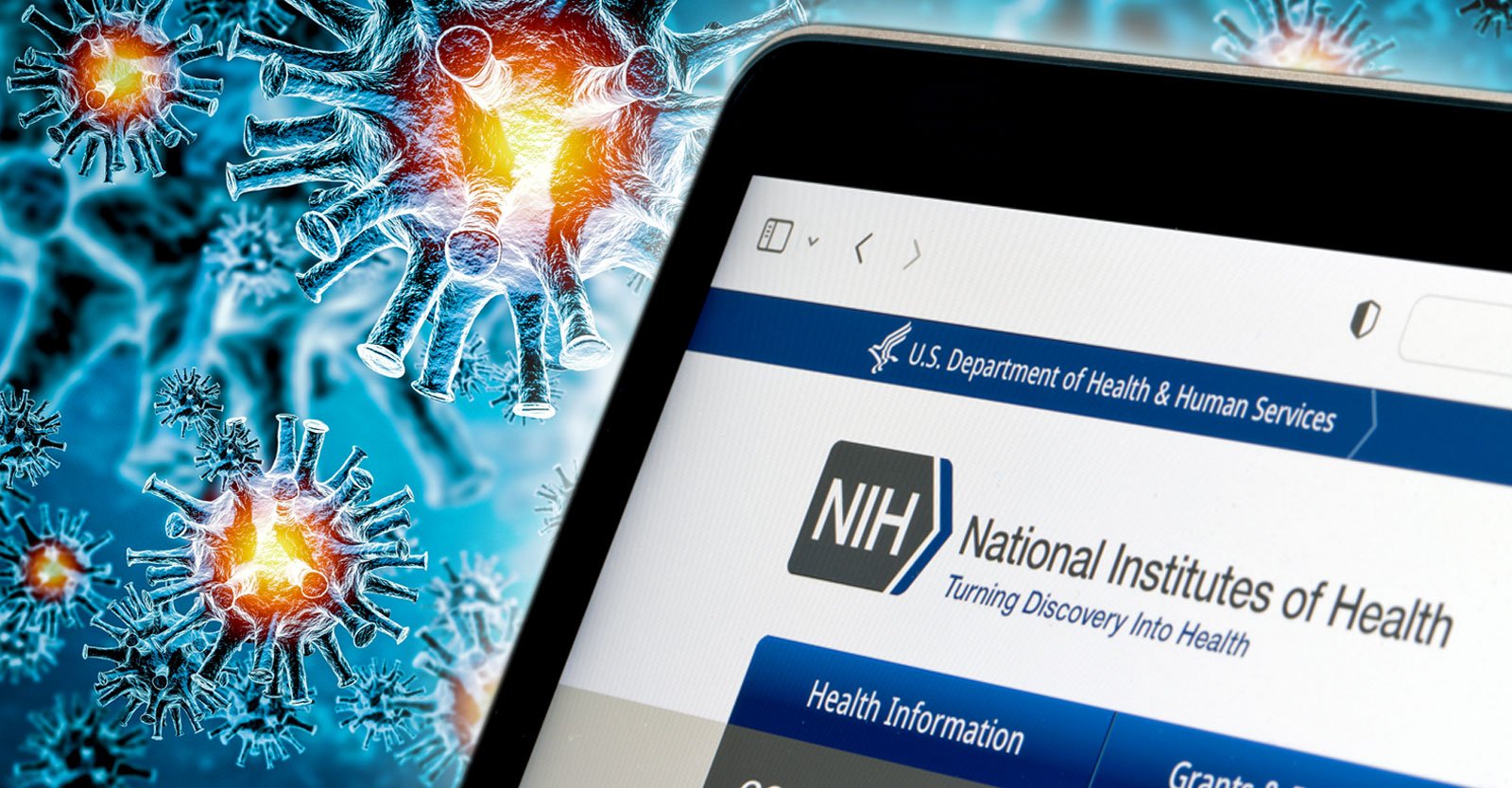 A report by the National Science Advisory Board for Biosecurity highlighted wide gaps in the oversight of controversial projects, funded by the Nation...

The original C-19 shots were a disaster, the boosters are a nightmare ...

@US_FDA @arnold_monto @DrPaulOffit @PergamIC: Way more injuries than any other vaccines combined AND ur more likely to get C-19 if you take them. What are you even doing?? 🤡 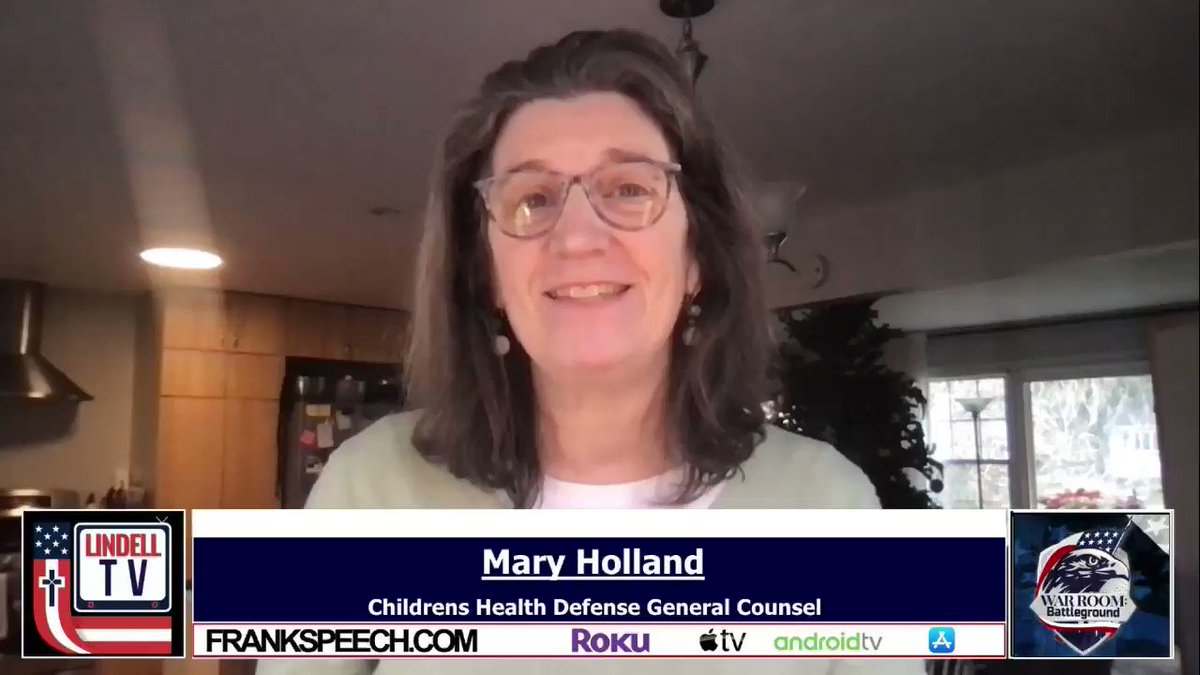 A Witch Hunt Against Parents of Unvaccinated Children

Measles Outbreaks: How a Witch Hunt* Against Parents of Unvaccinated Children Was Unleashed

We are witness to an orchestrated frenzy that has been revved-up by vaccine stakeholders – i.e., those who have a direct or indirect financial stake in vaccines– through the corporate / academic institutions that employ them. Their unified objective is to achieve maximum utilization of vaccines, and total compliance with vaccination schedules set by the government in collaboration with vaccine manufacturers.

During the measles outbreak in California in 2015, a large number of suspected cases occurred in recent vaccinees. Of the 194 measles virus sequences obtained in the United States in 2015, 73 were identified as vaccine sequences.

Contrary to the barrage of “fake news” promulgated by government public health officials and the media to influence public opinion, the fact is, most childhood infectious disease “outbreaks” include both vaccinated and unvaccinated children. What’s more, when the infection has been tested, vaccine strain has often been identified as the cause of infection.

In 2015, a “measles outbreak” in California’s Disney Land garnered nationwide front page publicity and dire warnings by public health officials and vaccine “authorities”. They generated high public anxiety. This fear mongering led to the demonization of unvaccinated children, who were perceived as the spreaders of disease.

Never disclosed to the public, but known to CDC officials is the following evidence that has finally been published in the Journal of Clinical Microbiology (2017):

“During the measles outbreak in California in 2015, a large number of suspected cases occurred in recent vaccinees. Of the 194 measles virus sequences obtained in the United States in 2015, 73 were identified as vaccine sequences (R. J. McNall, unpublished data).”[1]

Rebecca J. McNall, a co-author of the published report, is a CDC official in the Division of Viral Diseases, who had the data proving that the measles outbreak was in part caused by the vaccine. It is evidence of the vaccine’s failure to provide immunity.

But this crucial information has been concealed, and continues to be withheld from the public.  After all, how many have read the belated disclosure in the Journal of Microbiology?

So, the mumps outbreak at Texas detention centers occurred following children’s MMR vaccination!  Does anyone fail to see the connection between vaccination and an infectious disease outbreak?

The Texas Tribune headline announced: Nearly 200 People In Texas Detention Facilities Have Contracted Mumps, March 1 2019. Since October, 186 children and adults contracted mumps at migrant detention facilities across Texas, according to a state health agency. These include immigrants and employees.

Lara Anton, a spokeswoman for the Department of State Health Services, said in an email that patients range in age from 13-66 and that “there has been no reported transmission to the community.” She added that the state doesn’t know the vaccination status of detained migrant adults or the children who entered the U.S. with them but that “all unaccompanied minors are vaccinated when they are detained.”

The Texas cases are not unique! Numerous similar outbreaks of mumps in have occurred in vaccinated children in New York, and in the U.S. Territory of Guam in 2009.[2]

So, the mumps outbreak at Texas detention centers occurred following children’s MMR vaccination!  Does anyone fail to see the connection between vaccination and an infectious disease outbreak?

“From 1985 through 1988, 42% of cases occurred in persons who were vaccinated on or after their first birthday. During these years, 68% of cases in school-aged children (5–19 years) occurred among those who had been appropriately vaccinated. The occurrence of measles among previously vaccinated children (i.e., vaccine failure) led to a recommendation for a second dose in this age group.

During the 1989 -1991 measles resurgence, incidence rates for infants were more than twice as high as those in any other age group. The mothers of many infants who developed measles were young, and their measles immunity was most often due to vaccination rather than infection with wild virus. As a result, a smaller amount of antibody was transferred across the placenta to the fetus, compared with antibody transfer from mothers who had higher antibody titers resulting from wild-virus infection. The lower quantity of antibody [in the vaccine] resulted in immunity that waned more rapidly, making infants susceptible at a younger age than in the past.”

CDC further acknowledges that: despite relatively high vaccination rates, small measles outbreaks continue to occur. Since 2008, most of these outbreaks were imported or linked to importation from other countries. In 2011, CDC reported 220 measles cases – “62% were in persons not vaccinated.” That means that 38% of measles cases in the U.S. were in vaccinated persons.

The CDC Pink Book further acknowledges that: “Some studies indicate that secondary vaccine failure (waning immunity) may occur after successful vaccination”. Evidence of MMR vaccine-induced infection undermines the protective rationale for its indiscriminate, mass use, much less, mandating its use against parents’ objections.

200 measles cases in the U.S. do not justify the current media frenzy;

The empirical evidence is based on reality; the evidence cannot be wiped out by the faith-based “safe and effective” chant.

Empirical evidence refutes the faked epidemiological vaccine studies that are only draped with the mantle of “science”.

200 measles cases in the U.S. do not justify the current media frenzy; this frenzy is fomented by collaborating vaccine stakeholders with financial conflicts of interest who should be held accountable for subjecting an unknown number of children to defective vaccines – some of which were the cause of infectious disease outbreaks.

Two congressional hearings called for enforcement of mandatory childhood vaccination, citing the current measles outbreaks. The committees invited only vaccine promoters who endorsed mandatory vaccination of children, but not of adults.

February 27th hearing, the House Committee on Energy and Commerce:

Dr. Dr. Anthony Fauci, Director of the National Institute of Allergy and Infectious Diseases declared: “Risks from vaccines are almost non-measurable…” In an earlier interview with Frontline, Dr. Fauci is on record stating:

“We know historically that it’s much more difficult to get adults vaccinated for a variety of sociological and other reasons, whereas when you have the children, you can get it out of the way …”

Dr. Nancy Messonnier, director of the National Center for Immunization and Respiratory Diseases at the CDC declared:

“I do believe that parents’ concerns about vaccines leads to undervaccination, and most of the cases that we’re seeing are in unvaccinated communities. Outbreaks of measles occur when measles gets into these communities of unvaccinated people. The only way to protect against measles is to get vaccinated.”

“The current decline in vaccine usage is literally bringing back plagues of the past.”

Senator Rand Paul, a HELP Committee member, was the only member of the committee who voiced some reservations about the stampede toward depriving U.S. citizens of their human right to choose what’s in the best interest of their children!

Why is the public health armamentarium aimed at eliminating “unvaccinated” children rather than on preventing a true catastrophic epidemic of neurodevelopmental injuries in children?

The focus of concern and public anger should be directed at the failure of the public health establishment to methodically investigate the contributing cause[s] of the genuine, empirically documented childhood epidemic – the relentless, ever-increasing rise in the number of neurologically injured children has climbed to 1 in 36 in the U.S. The numbers of those affected is now in the millions.

*Witch Hunt defined: “the searching out for persecution and deliberate harassment of those with unpopular views” Merriam Webster’s; “a rigorous campaign to round up or expose dissenters on the pretext of safeguarding the welfare of the public” Collins English Dictionary.

The post A Witch Hunt Against Parents of Unvaccinated Children appeared first on Children's Health Defense.

A Witch Hunt Against Parents of Unvaccinated Children