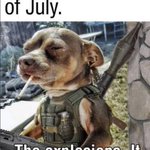 I hope you and your fireworks are happy. 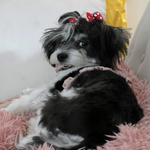 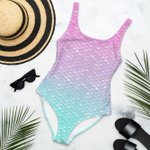 Jill and I are shocked by the senseless gun violence that has yet again brought grief to an American community this Independence Day. As always, we are grateful for the first responders and law enforcement on the scene.

I will not give up fighting the epidemic of gun violence.

Tune in as I deliver remarks this Independence Day. https://twitter.com/i/broadcasts/1dRKZlNYDnQJB

Analysis: Nine Days in May: Rosenstein and McCabe

The following is an excerpt from the news analysis: “Nine Days in May: The Quiet Struggle Between Rosenstein and McCabe. A look at events leading to the appointment of special counsel Robert Mueller” in Epoch Times by Jeff Carlson

During McCabe’s testimony on May 11, an unusual, and underreported, event took place approximately two hours into the hearing. The chair and co-chairs of the Senate Intelligence Committee, Sen. Richard Burr (R-N.C.) and Sen. Mark Warner (D-V.A.), abruptly excused themselves from the hearing to attend a meeting with Rosenstein in an adjoining Sensitive Compartmented Information Facility (SCIF):

Burr: Before I turn to Senator Cotton, can I say for the members, the vice chair and I have to step out for a meeting that we can’t push off.

Present at this meeting were four individuals: Rosenstein, Burr, Warner and then-acting director of the DOJ’s national security division, Dana Boente, who is now the FBI’s general counsel. Boente was personally appointed by Trump as acting attorney general after Sally Yates was fired on Jan. 30, 2017. Boente also signed the second renewal of the Carter Page FISA application on April 7, 2017. Rosenstein would sign the third and final FISA renewal on June 29, 2017.

Worth asking: What was so pressing that it required the chair and co-chair of the Senate committee to suddenly depart from the hearing proceedings. NPR reported that “the meeting had been requested prior to Comey’s dismissal and that it was to ‘set up a process for deconfliction’ between the FBI investigation into Russia and the intelligence committee’s own independent probe.”

This explanation appears somewhat inadequate given that the hearing on national security had also been planned prior to Comey’s dismissal. It is not known with any certainty what was discussed, but Rosenstein and Boente felt the meeting was urgent enough to hold it in the midst of McCabe’s testimony. (Continued…)

Analysis: Nine Days in May: Rosenstein and McCabe