*BIDEN: OMICRON VARIANT A CAUSE FOR CONCERN, NOT PANIC 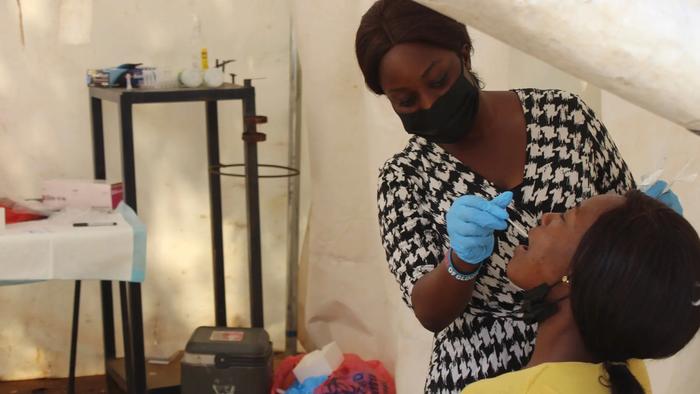 It's been another active day of omicron news... 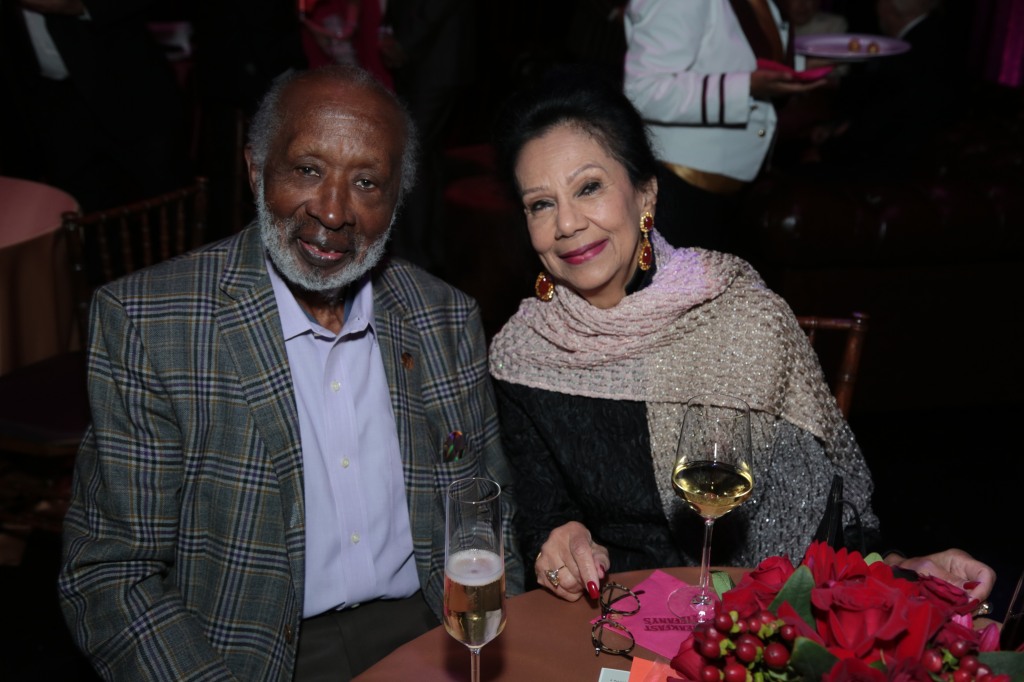 Jacqueline Avant, wife of Clarence Avant and mother of Nicole, was killed in a home invasion robbery, police and sources have confirmed.

Authored by Raul Ilargi Meijer via The Automatic Earth blog,

Do I really need to reiterate -as I’ve done easily a hundred times- that I don’t think Donald Trump is a great choice to be president of the United States, that when you have a pick of 320 million people there should certainly be a better option? Then again, should I also reiterate that he was elected as president 3 years ago, and that means a lot in the US political system, so much that people who don’t like the outcome of an election should always respect it, lest they do irreparable harm to the system?! Well, hereby.

What got me, with limited interest in politics, going about the elections back in 2015-16 was not Trump, it was the concerted effort by the DNC, the Democratic party in general, US intelligence and the media, to frustrate his run for president. Not because of him, but because of all of them. The media went so overboard that today you cannot read an article by NYT or WaPo, or watch a TV program on CNN or MSNBC, and believe a single word that is said. That, too, has nothing to do with Trump.

It has to do with the control over their readers’ and viewers’ views that they think they have. It has to do with CNN head Jeff Zucker insisting, as Project Veritas showed, that all of his ‘journalists’ focus on impeachment. Because that’s where the money is. CNN, NYT, WaPo have been doing great since they started attacking Trump 24/7. And even when Robert Mueller came up emptier than a black hole, they managed to hide the consequences, keep on dumping on Trump and selling ads and subscriptions up the wazoo.

But the latest trend should worry everyone even more. It doesn’t come out of nowhere, it might even be called predictable. We had the Steele dossier, but there wasn’t a secret about who was behind it for very long. There were even a lot of references to the man’s achievements and credibility. We’re still awaiting something similar on Mifsud and Downer, but so far they’re seen as having at least some credibility.

However, all of the above has changed since accusations and allegatiosn against Trump started to be made by, and based on, an anonymous whistleblower, who turned out not to be a whistleblower at all but a CIA operative closely linked to sworn Trump enemies Obama, Biden and Brennan. First time I saw that, I thought: wow, desperation sets in. The usual suspects don’t feel they’re winning. They think they need a backdoor.

And who is to blame them? The Democrats have nobody who could even possibly challenge Trump in a ‘normal’ election. Biden won’t survive Burisma, and that’s far from his only flaw, Warren and Sanders are too left for 2020 America, and they’re actively screwing with Tulsi Gabbard’s campaign, because she threatens to break their link to the military industrial complex, aka the Deep State.

So in comes Mike Bloomberg at a mere 112 years old, because rich old white men always do these things. I predicted the other day to a friend that Hillary would try to join in, but she wouldn’t have a chance in hot hell either; too tainted. She may still do it, though, in 5 years time she’ll be too old.

Apparently, though, that one backdoor, the anonymous CIA faultily labeled whistleblower, just won’t do.

Now we have a book, it’s coming out on November 19, and it’s written by, guess who … Anonymous. Who apparently claims to be a White House insider. Something we can’t check. It might as well be Hillary, or Brennan, or Clapper, or anyone in the CIA or DNC who doesn’t mind writing awful stories about Orange Man Bad, as long as they can remain anonymous.

So then you get this kind of thing. This first quote is from the Hill (which may have left their ace reporter John Solomon out to dry, I don’t know, but I only see his articles on his own website these days). And yeah, Rachel Maddow is a real credible source on all things Trump. She only spent 4 whole years shrieking about Russiagate every night until Bob Mueller grossly failed:

[..] “In Russia, for instance, the president was reluctant to expel so many of Mr. Putin’s spies as punishment for the poisoning of a former Russian spy in Britain. He complained for weeks about senior staff members letting him get boxed into further confrontation with Russia, and he expressed frustration that the United States continued to impose sanctions on the country for its malign behavior. But his national security team knew better — such actions had to be taken, to hold Moscow accountable,” the person wrote last year. “This isn’t the work of the so-called deep state. It’s the work of the steady state,” they continued at the time. The Post on Thursday also reported on an excerpt of the book in which the anonymous person, billed as “a senior official in the Trump administration,” wrote that officials wake up “in a full-blown panic” due to Trump’s tweets.

And some more from Maddow’s employer, NBC (every “left” news outlet is covering this, obviously):

The column said “many of the senior officials in his own administration are working diligently from within to frustrate parts of his agenda and his worst inclinations.” The information is coming from an anonymous source, and NBC News does not know who the writer is nor whether they were in a position to have witnessed what they say transpired. In the book excerpts, the author describes near-daily “five-alarm fire drill” that leads senior officials to cancel plans and race to the White House to intercept Trump before he can enact his latest “wacky or destructive idea.” “Staff throw up the Bat-Signal, calling a snap meeting or a teleconference. ‘He’s about to do something,’ one warns the group, explaining what the president is about to announce.” “‘He can’t do this. We’ll all look like idiots, and he’ll get murdered for it in the press,’ another exclaims. “‘Yeah, well, I’m telling you he’s going to do it unless someone gets to him fast,’ the first warns. ‘Can you cancel your afternoon?’”

[..] In excerpts published separately by The Washington Post, the author likens Trump to “a twelve-year-old in an air traffic control tower, pushing the buttons of government indiscriminately, indifferent to the planes skidding across the runway and the flights frantically diverting away from the airport.” “I’ve sat and listened in uncomfortable silence as he talks about a woman’s appearance or performance,” according to the Post’s excerpts. “He comments on makeup. He makes jokes about weight. He critiques clothing. He questions the toughness of women in and around his orbit. He uses words like ‘sweetie’ and ‘honey’ to address accomplished professionals. This is precisely the way a boss shouldn’t act in the work environment.”

The image they try to present is very obvious: Trump is crazy. We got there from him not having a chance getting elected, to owing his election to Russia, and now Ukraine, from which he also demanded ‘dirt’ on his ‘main’ political rival Joe Biden, who was never that, and now we have deteriorated into He Is Crazy, and we get that from anonymous whistleblowers and ‘authors’.

Thing is, if you’re allowed to be anonymous, you can be anyone, including Trump’s direct rivals in the 2020 elections, or a CIA officer, you name it. Does this open the window for the GOP to start publishing fake news too? Because that’s what it is, right, when things are said that nobody can verify? It’s not news, it’s partisan propaganda. Why would anyone opposed to Trump want to be anonymous today? It’s not as if the CIA or FBI would come after them, they’re siding with the other party.

What is the problem with anonymous CIA ‘whistleblowers’ and authors? That we have no way of verifying what they say. Duh! And believe it or not, in days of old, other than in cases like Deep Throat, US media would never have dreamed of publishing a single word from the CIA not-whistleblower or the guy or gal or entire team (we can’t know) who wrote that book.

Journalistic standards have simply eroded and vanished to a huge extent. And people will say: yes, but Trump, but Orange Man Bad, anything is justified to get rid of him.

And that is very simply not true. The media and politicians and intelligence agencies cannot abandon their standards, developed over many decades, just to get rid of someone they don’t like. That, in the end, is up to the American people to decide, whether you like it or not, in the next election.

This whole anonymous thing feels increasingly like an election item, because the Dems know they have nothing to very little. We get that. But the sanctity of the election process, and of the Office of the President of the United States, must always prevail. Because if it doesn’t you will find yourselves in a state of anarchy. Anonymous accounts that are widely re-covered because that fits a political agenda are a solid step towards that anarchy. Beware.

Please support the Automatic Earth on Paypal and Patreon so we can continue to publish essays like this one.