WEF openly says those who submitted to the COVID-19 lockdowns will also accept smart cities and social credit scores https://www.weforum.org/agenda/2022/09/my-carbon-an-approach-for-inclusive-and-sustainable-cities/ 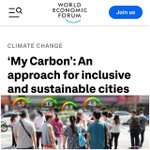 Case study of 76 yr old who died 3 wks after his 3rd Covid shot:

“spike protein but no nucleocapsid protein could be detected within the foci of inflammation in both the brain and the heart, particularly in the endothelial cells of small blood vessels.”

The current report presents the case of a 76-year-old man with Parkinson’s disease (PD) who died three weeks after receiving his third COVID-19 ...

China has opened police stations in US and Canada to monitor Chinese citizens: Report

China has opened police stations in US and Canada to monitor Chinese...

China has opened dozens of "overseas police service stations" around the globe to monitor its citizens living abroad, including one location in New Yo...

Important info if you've been injured by a Covid shot & want to petition the gov't for compensation:


HRSA says no to COVID specific injury table for the jab.

HRSA decided to use this instead

NYC Drops COVID Vaccine Mandate for Student Extracurricular Activities:
The Mayor announced that the mandate was being rescinded after ICAN attorneys sent a letter to address this nonsensical policy Although New York City was not mandating students to be vaccinated for COVID-19, it was mandating the shot for students who wanted to participate in m...

In America and other countries, there has been a void created by societal doublespeak. Corporate media, health authorities and researchers are collectively being caught talking out of both sides of their mouths concerning the prevalence and severity of epidemic autism rates. While continually sweeping the idea of climbing autism rates under the rug for over two decades, bursting at the seems are truths which can no longer be ignored and must be faced. The current rate of autism is one in thirty-six and many in positions who could make a difference are still stuck on the starting block debating if the meteoric rise is real or not.

The common theme exhaustively pushed by government health bodies and the medical establishment is that autism, at the rates currently experienced, has always been with us. In a backhanded, self-congratulatory compliment of historically damaging consequences, the medical and health community say that the rising numbers are simply due to their ability to better diagnose those with autism spectrum disorders (ASD). Thanks to an expanded definition put in place in the 1990s by the Diagnostic and Statistical Manual of Mental Disorders, autism simply has a wider criteria to choose from they’ll say. However, such efforts to explain away the rise in autism fall short when common sense and research come into play. A 2009 study published in the Journal Epidemiology looked at 16 years of statistics using databases from the California Department of Developmental Services and concluded, “Younger ages at diagnosis, differential migration, changes in diagnostic criteria, and inclusion of milder cases do not fully explain the observed increases.” By not facing the reality of epidemic autism rates, the braintrusts and collective efforts of government, medical bodies and individuals in positions to intervene are put on ice – in essence, neutralized. If autism has always been a part of society at the rates it is currently being experienced, the larger-scale community and state levels wouldn’t be impacted.

It was in 2014, when the autism rate was still one and fifty-nine, that the journal Pediatrics looked at the economic burden of childhood ASD and concluded, “The economic burden associated with ASD is substantial and can be measured across multiple sectors of our society.” How are the police handling the non-epidemic autism rate that has always been here? Across the US, news reports continue to flood in on a weekly, and sometimes daily, basis showing heart-wrenching images and videos of police officers using excessive force on small children on the autism spectrum. Where were those reports twenty years ago? How about ten years ago? The short answer is they didn’t exist. Law enforcement has a new challenge to contend with in communities across the US – autistic children and adults. Many departments are racing to understand and teach their officers how to properly handle situations that are very foreign to American police forces. It is corporate media that has been tasked with the unfortunate job of both reporting the exploding incidences of shocking encounters concerning police and individuals on the spectrum while at the same time trying to sell the idea that the rates of autism are not increasing. After witnessing corporate media’s two-faced reporting on the issue, medical journalist Del Bigtree had this to say:

“You cannot play both sides of this story. You cannot act like you’re the saviors trying to get police officers to recognize this issue and take care of these kids in a better way and not talk about the fact that this is a brand new phenomenon.”

How is the medical community doing with no fluctuation in autism rates over the years? A typical diagnostic ASD evaluation involves a multi-disciplinary team of doctors including a pediatrician, psychologist, speech, language pathologist and others. Published in 2017, the British Medical Journal ran a study looking at the cost of assessing a child for ASD. The researchers write, “With growing numbers of referrals for assessment, diagnostic services have been under increasing pressure to meet the level of need.” The study confirmed that multi-disciplinary diagnostic assessment of a child with possible autism requires significant professional time, with staff costs of approximately £800 ($1200) per child. However, this did not include “costs of intervention, parent psychological education, investigation and assessment and management of comorbidities.” Additionally, costs to parents’ income and time are often hard to calculate but can be monumental and forever life-altering as untold numbers must also shoulder the job of part-time or full-time caregivers. 2014’s JAMA Pediatrics findings concluded that the lifetime cost for an individual on the autism spectrum is $2.4 million on average when an intellectual disability is involved, and $1.4 million when it is not. At the time it was estimated that 40 percent of people on the autism spectrum also have an intellectual disability.

Certainly schools must be handling the unchanging numbers of real autism easily. California’s record $139 billion state budget earmarks $57.3 billion for K-12 schools but even that has not been enough for some districts as they wrestle with rising autism rates. Since 2000 the number of autistic students in California public schools alone jumped 650 percent from 14,000 to 105,000 in 2017, according to the state’s Legislative Analyst’s Office. Patch reported recently on school districts in San Diego county writing: “…special education outlays account for nearly 20 percent or more of a district’s total expenses. Even the $3.9 billion for special education in the current state budget won’t solve the problem.” Nationwide, at least 42 states reported a teacher shortage in special education to the U.S. Department of Education in 2017. The shortage of special education teachers has been an issue since at least the early 1990s — and are still searching for solutions. In his final state budget proposal, outgoing California Governor Jerry Brown asked for $100 million in one-time funding to recruit and train special education teachers in an effort to reverse a critical shortage.

When the reality of rising, epidemic-level autism rates are suppressed, overlooked or explained away it only serves to extend the timeline of suffering for children, their families and society as a whole. At this late stage, those who don’t understand are either ignorant of the mounting facts surrounding the dire issue at hand or are willfully complicit in hiding them.

“We can ignore reality, but we cannot ignore the consequences of ignoring reality.” -Ayn Rand ​