I had my boyfriend move in with me, my husband and kids https://trib.al/7DgMrZR 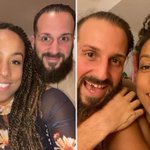 The Baltic Exchange’s main sea freight index hit a nine-month low on Monday, dragged down by falling rates of capesize and panamax segments as world trade continues to slump.

The Baltic Dry Index, which tracks rates for capesize, panamax and supramax vessels that ferry dry bulk commodities across the world, dropped 25 points, or 3.3%, to 729 (according to Refinitiv data), the lowest level since April 2019:

We’ve noted how the “front-loading” effect ahead of tariff deadlines ended in late 3Q19 when the first signs of a trade resolution emerged between the U.S. and China.

In the last four months, the Baltic index has crashed 70%, the most since 2008, and has confirmed our slowbalisation thoughts.

The chart below makes clear that the spike in shipping rates was a one-off event spurred by importers front-running tariffs in 2019, now that is over, shipping rates are plunging as a manufacturing recession in the U.S. deepens and across the world.

And it was no surprise to us Monday that the IMF slashed the global economic outlook for 2019 to 2.9% in October, the lowest since the financial crisis, and warned that global trade growth is “close to a standstill.”

The Baltic Dry Index is seen as a leading indicator that provides a clear view of the global demand for commodities and raw materials.

However, the IMF warned that there are “few signs of turning points are yet visible in global macroeconomic data.”