@Jason A revolution against online censorship in America

A small cluster of cases discovered late this week in Beijing’s Fengtai district prompted authorities to keep local children out of school, while a wider net of concentrated testing has revealed, once again, a startling reality: while 4 symptomatic cases were reportedly uncovered, according to the Chinese state press, another 45 ‘asymptomatic’ cases were also uncovered, leading China’s totalitarian contact tracers to a local seafood market. 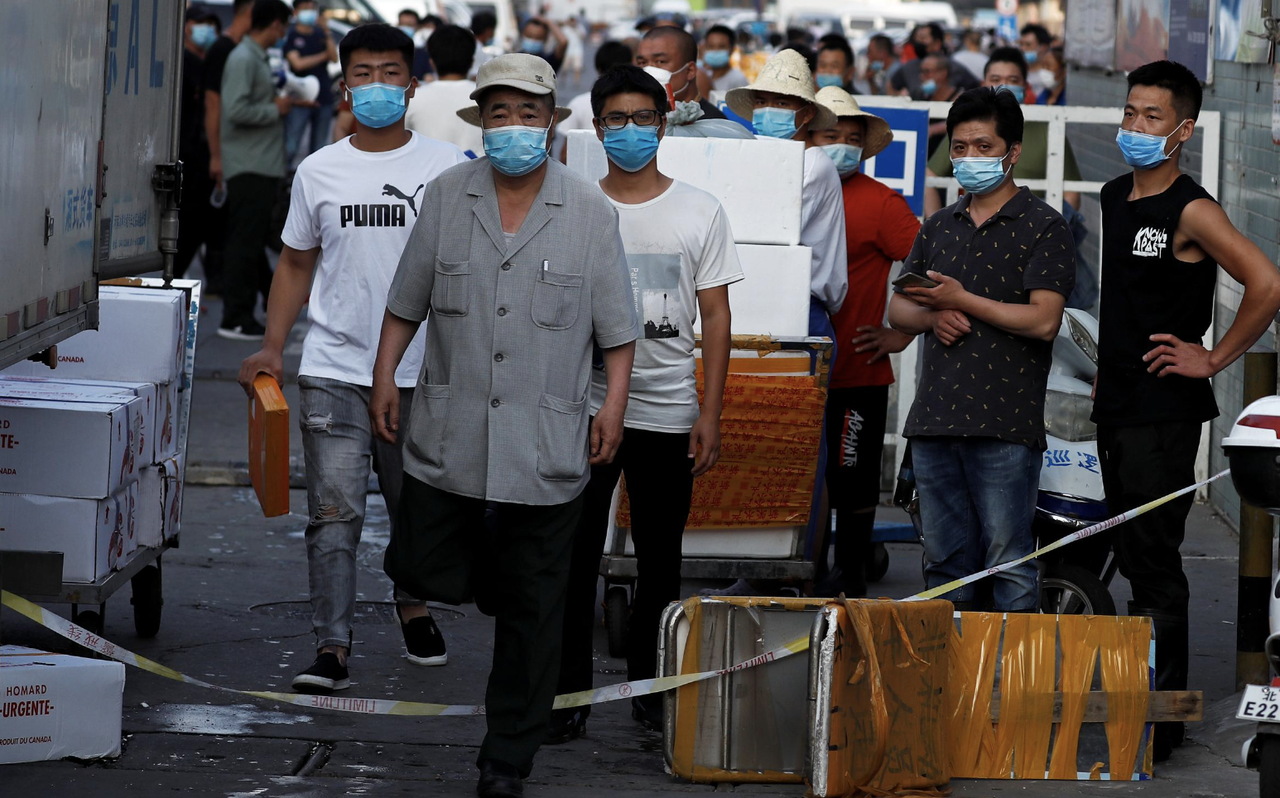 Authorities have ordered the market shut for a deep cleaning after determining that it was the epicenter of the latest outbreak.

In a surprisingly lengthy report, the Global Times explores the role of China’s sprawling food markets in spreading the virus.

Beijing’s seafood markets have entered the public spotlight after two confirmed cases along with 45 merchants in relation to a local market tested positive for COVID-19, with many discussing the reasoning behind seafood markets becoming hot spots for the novel coronavirus.

The COVID-19 outbreak in Wuhan, the capital city of Hubei Province, was reportedly first detected in the Huanan seafood market in the city, and this new discovery of confirmed cases and quite a many positive nucleic acid tests in Beijing are also closely related to seafood markets.

Seafood markets are generally referred to as markets that sell seafood, however such places usually don’t sell only seafood but also other meats – beef and lamb, for example. But like food markets, seafood markets are more susceptible to the novel coronavirus due to its humid environment and large flow of customers, Yang Zhanqiu, deputy director of the pathogen biology department at Wuhan University, told the Global Times on Saturday.

We must admit, we were surprised by the frankness of the state media reports. Is this a sign that Beijing intends to make good on its promises to be more open and honest with the international community now that the WHO has officially OK’d an “independent” investigation into the origins of the outbreak in Wuhan?

More likely, these reports were just scratching the surface. And so it was that just a few hours later, Reuters reported on Saturday morning that the area around a major food market in Fengtai had assumed a “wartime” posture – part of Beijing’s textbook response to new clusters – as investigators and contact tracers swarmed the southwestern area of Beijing, where Fengtai and the Xinfadi market are situated.

Remember: Beijing’s playbook for tackling new clusters relies on mass testing and the resumption of strict lockdown conditions. Out of some 517 tested in the district, 45 tested positive via throat swab after visiting the market, according to Chu Junwei, a district official, told a briefing. None of these patients were showing symptoms of COVID-19, Chu said, but he added that 11 nearby neighborhoods surrounding the market, which purports to be the largest agricultural wholesale market in Asia, have been placed on lockdown, with 24-hour guards in place.

“In accordance with the principle of putting the safety of the masses and health first, we have adopted lockdown measures for the Xinfadi market and surrounding neighbourhoods,” Chu said.

The district is in a “wartime emergency mode,” he added.

Reuters added that the outbreak underlines just how easily the virus can recur even in “countries which have had great success in curbing the spread of the virus, clusters can sometimes easily arise.” We’ve been seeing more of these oblique and deferential references to Beijing’s containment effort in the English-language foreign press. Then we remember that all the reporters who refused to kowtow to Beijing have already been expelled from the country.

The Xinfadi market was shut down at 3 am local time, and authorities have plans to test some 10k employees and patrons.

The entire Xinfadi market was shut down at 3 a.m. on Saturday (1900 GMT on Friday), after two men working at a meat research centre who had recently visited the market were reported to have the virus. It was not immediately clear how they had been infected.

On Saturday, market entrances were blocked and police stood guard. Beijing authorities had earlier halted beef and mutton trading at the market and had closed other wholesale markets around the city.

They plan for more than 10,000 people at the Xinfadi market to take nucleic acid tests to detect coronavirus infections.

In total, 6 symptomatic cases discovered in Beijing on Friday had all been tied to the market. Now, authorities across China are scrutinizing local food markets.

A city spokesman told the briefing that all six COVID-19 patients confirmed in Beijing on Friday had visited the Xinfadi market. The capital will suspend sports events and tourists from other parts of China, effective immediately, he said.

Beijing’s Yonghe temple and National Theatre also announced they would close from Saturday, and the city government said it had dropped plans to reopen schools on Monday for students in grades one through three because of the new cases.

One person at an agricultural market in the city’s northwestern Haidian district also tested positive for the coronavirus, Chu said.

Highlighting the new sense of alarm within the city, health authorities visited the home of a Reuters reporter in Beijing’s Dongcheng district on Saturday to ask whether she had visited the Xinfadi market, which is 15 km (9 miles) away. They said the visit was part of patrols Dongcheng was conducting.

And following reports in state-run newspapers that the coronavirus was discovered on chopping boards used for imported salmon at the market, major supermarkets in Beijing removed salmon from their shelves overnight.

That concern also spread to other cities, with a major agricultural wholesale market in Chengdu, the capital of the southwestern province of Sichuan, saying it would remove salmon products from its shelves from Saturday.

In Nanjing, capital of the eastern province of Jiangsu, a local association of restaurants said it would halt the serving of foods containing raw seafood or animal products.

As armed guards took their places and locals were asked to return to their homes and stay there until further notice, locals interviewed by Reuters said they were confident the government had everything under control.

Some Beijing residents, including a man shopping at a Carrefour supermarket in Fengtai district, said they were confident authorities had the situation under control.

“If I were worried, I wouldn’t come here to buy meat. I believe it has been quarantined,” said the man, who gave his surname as Zhang.

One mouthpiece for the CCP assured the public that everything will be fine – just another speedbump on the way to eradicating SARS-CoV-2.

Beijing is seeing a new outbreak of COVID-19, prompting the city to take urgent measures. Stupid US government, watch carefully this time how the Chinese people control the epidemic scientifically. This will help you reflect on your own failure of epidemic control. pic.twitter.com/l4QXFQ2Jun

Let’s hope they have enough food and other essentials stashed to last them for a few days, or a few weeks.