Get ya wallets out lads, you spend enough on OnlyFans you can spare a tuppence for our drivel

This is what the market thinks of US debt 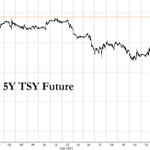 Time to start frontrunning the next Fed intervention 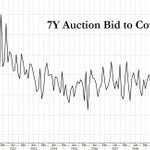 Vladimir Kuznetsov and Alexey Stolyarov told A.P. News they fooled Sanders in an 11-minute call, all recorded and uploaded to YouTube on Friday.

The call was allegedly recorded in early December, over a Skype interview with Stolyarov taking the role of Svante while an unknown woman pretends to be Greta.

The imitators started with the possibility of “Greta” endorsing Sanders’ presidential campaign.

“Let us continue to talk and when you come to the United States I will bring some people together and we can do some interesting things, and if you wanted to make a statement in support of my candidacy and the program we have outlined for climate change, I would be very very appreciative,” Sanders said.

The pranksters then suggested that “Greta” would record a hip-hop song in support of Sanders together with singer Billie Eilish and rapper Kanye West. They said there would be luxury sports cars and hot women dancing while Sanders wears “gold jewelry.” The senator thought it was funny and laughed it off, but apparently, “Greta” was serious.

Sanders said the best way for “Greta” to get involved with his campaign was to release a statement of support, along with, if she was in the U.S., could visit him on the campaign trail.

The YouTube video is absolutely hilarious, until it all went downhill after “Greta” asked the Vermont senator about his 1988 visit to the Soviet Union.

“In the Soviet Union in 1988, after you were recruited, you were programmed to work for Russia, and your memory was erased so the CIA wouldn’t track you down,” she said.

And it was at that very moment, a little after ten minutes on the call, Sanders hung up after he realized he was punk’d.