POLL: How common is racism in policing?
VOTE NOW: Go to http://SharylAttkisson.com home page and look for black box on right sidebar or scroll way down on mobile site. We want to hear from all views! 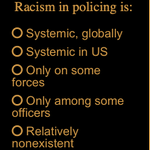 Find out why more than 200,000+ have watched my investigation separating Fact from Rumor on Covid-19 origins. Video:
Video + documents: https://sharylattkisson.com/2021/05/video-exclusive-investigation-separating-rumor-from-fact-on-covid-19s-origin/

An exclusive investigation separating rumor from fact in the origin of Covid-19. ***Numerous scientific insiders are signing onto the ”lab origi... WATCH: “Flip your scrip” (Rx, that is) | Sharyl Attkisson

(PODCAST) The Attack on Conservative Attorneys; and China's Diabolical Plans

The Attack on Conservative Attorneys; and China's Diabolical Plans

Attorneys Victoria Toensing and Joe diGenova talk about the attack on conservative attorneys, getting cancelled, and the devolution of journalism. Als...

The following is the second in a series of excerpts from my New York Times bestseller “Stonewalled,” which recounts the government intrusions of my computers. More excerpts to follow.

Months before the rest of the world becomes aware of the government’s so-called snooping scandal I already know it’s happening to me.
Snooping scandal.

As serious as the implications are, the media manages to give it
a catchy little name. Not so much intruding, trespassing, invading, or spying. Snooping. You know, like a boyfriend snoops around on his girlfriend’s Facebook account. Or kids snoop through the closets for Christmas packages. It’s like dubbing HealthCare.gov’s disastrous launch a “glitch.”
In the fall of 2012, Jeff (not his real name), a well-informed acquaintance, is the first to put me on alert. He’s connected to a three-letter agency. He waves me down when he sees me on a public street.
“I’ve been reading your reports online about Benghazi,” he tells me. “It’s pretty incredible. Keep at it. But you’d better watch out.”
I take that as the sort of general remark people often make in jest based on the kind of reporting I do. As in: You’d better watch out for Enron, they have powerful connections. You’d better watch out for the pharmaceutical companies, they have billions of dollars at stake. You’d better watch out for Obama’s Chicago mafia. I hear it all the time.
But Jeff means something more specific.

“You know, the administration is likely monitoring you—based on your reporting. I’m sure you realize that.” He makes deep eye contact for emphasis before adding, “The average American would be shocked at the extent to which this administration is conducting surveillance on private citizens. Spying on them.” In these pre–NSA snooping scandal, pre–Edward Snowden days, it sounds far-fetched. In just a few months, it will sound uncannily prescient.
“Monitoring me—in what way?” I ask.
“Your phones. Your computers. Have you noticed any unusual happenings?”
Yeah, I have. Jeff’s warning sheds new light on all the trouble I’ve been having with my phones and computers. It’s gotten markedly worse over the past year. In fact, by November 2012, there are so many disruptions on my home phone line, I often can’t use it. I call home from my mobile phone and it rings on my end, but not at the house. Or it rings at home once but when my husband or daughter answers, they just hear a dial tone. At the same time, on my end, it keeps ringing and then connects somewhere, just not at my house. Sometimes, when my call connects to that mystery-place-that’s-not- my-house, I hear an electronic sounding buzz. Verizon can’t explain the sounds or the behavior. These strange things happen whether I call from my mobile phones or use my office landlines. It happens to other people who try to call my house, too. When a call does manage to get through, it may disconnect in mid-conversation. Sometimes we hear other voices bleed through in short bursts like an AM radio being tuned.

One night, I’m on my home phone, reviewing a story with a CBS lawyer in New York and he hears the strange noises.
“Is (click) your phone tapped (clickity-click-bzzt)?” he asks. “People (clickity-bzzt) seem to think so (click-click),” I say. “Should we speak (click-click) on another line?”
“I don’t think a mobile phone is any better (bzzzzzt) for privacy,”
I tell him.

Our computers and televisions use the same Verizon fiber optics FiOS service as does our home phone and they’re acting up, too. And the house alarm sounds at a different time every night. When I scroll through the reason code to reset the alarm panel, it always indicates the same problem: trouble with the phone line. Two a.m. one night. Three forty-seven a.m. the next. No rhyme or reason.
The television is misbehaving. It spontaneously jitters, mutes, and freeze-frames. My neighbors aren’t experiencing similar interruptions. I try switching out the TV, the FiOS box, and all the cables. Verizon has done troubleshooting ad nauseam during the past year and a half. To no avail.

Then, there are the computers. They’ve taken to turning them- selves on and off at night. Not for software updates or the typical, automatic handshakes that devices like to do periodically to let each other know “I’m here.” This is a relatively recent development and it’s grown more frequent. It started with my personal Apple desktop. Later, my CBS News Toshiba laptop joined the party. Knowing little about computer technology, I figure it’s some sort of automated phishing program that’s getting in my computers at night, trolling for passwords and financial information. I feel my information is sufficiently secure due to protections on my system, so I don’t spend too much time worrying about it. But the technical interruptions get to the point where we can’t expect to use the phones, Internet, or television normally.

Around Thanksgiving, a friend tries to make a social call on my home phone line. I see his number on the caller ID but when I pick up, I hear only the familiar clicks and buzzes. He calls back several times but unable to get a clear connection, he jumps in his car and drives over.
“What’s wrong with your phone?” he asks. “It sounds like it’s tapped or something.”
“I don’t know,” I answer. “Verizon can’t fix it. It’s a nuisance.”
“Well, if it’s a tap, it’s a lousy one. If it were any good, you’d never know it was there.”

Numerous sources would tell me the same thing in the coming months. When experts tap your line, you don’t hear a thing. Unless they want you to hear, for example, to intimidate you or scare off your sources.
Well, it’s silly to think that my phones could really be tapped. Or my computers, for that matter. Nonetheless, I tell the friend who’d tried to call my house about the computer anomalies, too.
“If you want to get your computer looked at, I might know someone who can help you out,” he offers. Like so many people in Northern Virginia, he has a trusted connection who has connections to Washington’s spook agencies. I say I’ll think about it.

On one particular night, the computer is closed and on the floor next to my bed. I hear it start up and, as usual, I shake myself awake. I lift my head and see that the screen has lit up even though the top is shut. It does its thing and I roll over and try to go back to sleep. But after a few seconds, I hear the “castle lock” sound. That’s what I call the sound that’s triggered, for example, when I accidentally type in the wrong password while attempting to connect to the secure CBS system.
They’re trying to get into CBS, I think to myself. Hearing the castle lock, I figure they’ve failed. Gotten locked out. Nice try. Only later do I learn that they had no trouble accessing the CBS system. Over and over.

When I describe the computer behavior, my contacts and sources ask me when I first noticed it. I don’t know. I didn’t pay much attention at the time. On the Apple, I figure it was at least 2011. Maybe 2010. My husband would sleep through it. Later, I’d remark to him that the computer woke me up last night.
“Do you think people can use our Internet connection to get into our computers at night and turn them on to look through them?” I’d ask him, thinking only of amateur hackers and spammers.
“Of course they can,” he’d say matter-of-factly.

The second week of December 2012, my Apple desktop has just had a nighttime session. A night or two later, it’s my CBS News laptop. I look at the clock next to the bed. The green glow of 5:02 a.m. blinks back at me. Later than usual. Considering the discussions I’m now having with my contacts who think I may be tapped, I decide it might be useful to start logging these episodes. But no sooner do I begin this task than the computers simply . . . stop. It’s as if they know I’ve begun tracking them and the jig’s up. The first time I attempt to formally log the activity would be the very last time I’d notice them turning on at night. This time frame, when I noticed the activity halts, December 10 through December 12, 2012, later becomes an important touchstone in the investigation.

The Attack on Conservative Attorneys; and China’s Diabolical Plans (PODCAST)

POLL: Only 1 in 3 Americans are obeying CDC Covid-19 guidelines

Around the world: inconsistent assessments of Covid-19 vaccines amid questions about blood clots; safety