BIG WIN! Protecting Children One State at A Time 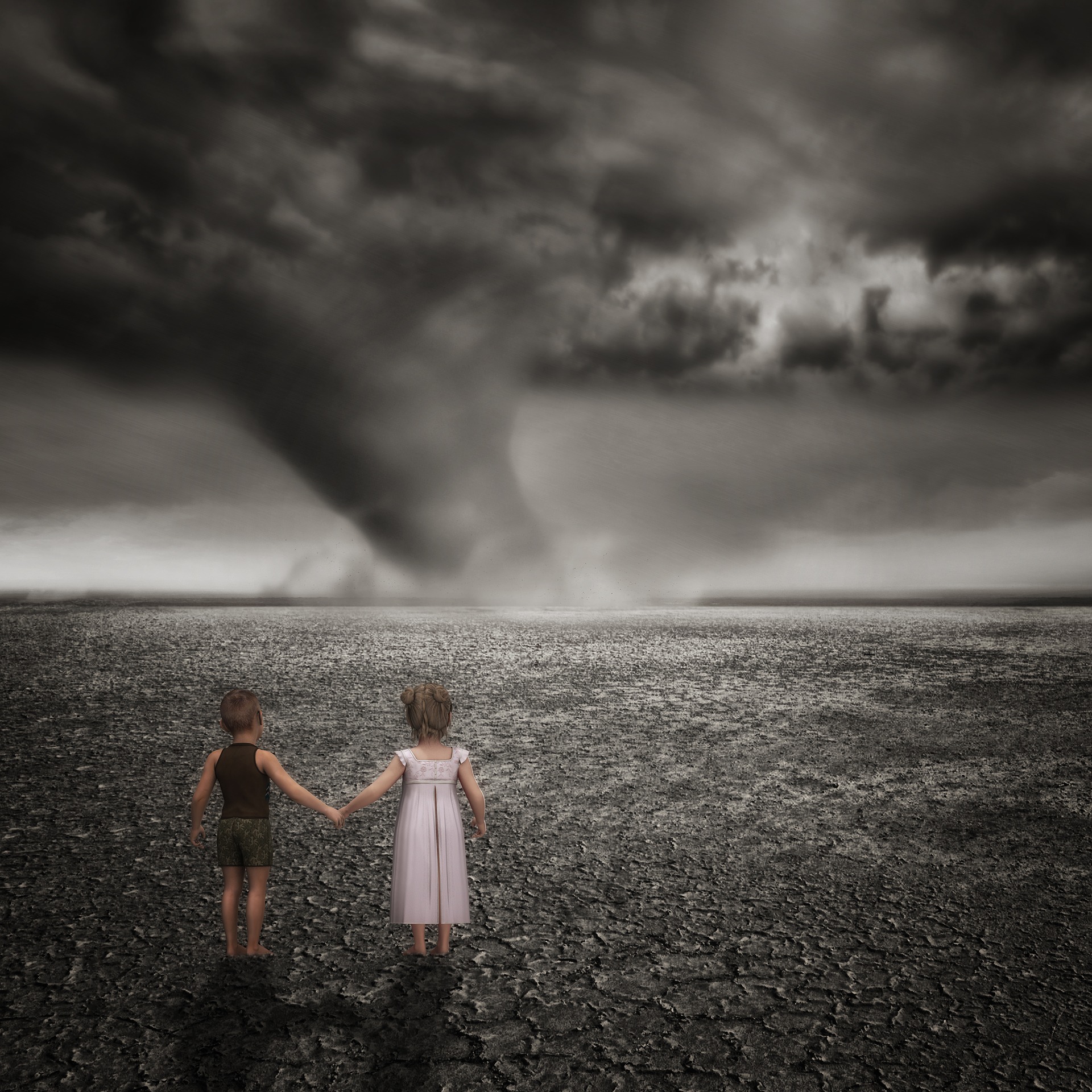 This week, Alabama passed a bill through the Senate that will protect children under the age of 19 from gender-altering treatments, including performing vasectomies, castrations, hysterectomies, or prescribing puberty blockers, even with parental consent. This makes it a Class C felony, punishable by up to 10 years. In a 22-3 vote, the Republican-led Senate passed the Vulnerable Child Compassion and Protection Act which now moves to the state’s House of Representatives where it is expected to pass.

This is the most incredible news, because what they are doing to children is criminal! I have spent countless hours bringing awareness to this manufactured industry and produced a 4-part extensive report back in November 2019, on how it all emerged, who is pushing the agenda, and who is profiting from it. Most people don’t realize that Planned Parenthood is the second largest provider of “gender affirming” hormones in the nation. Whereas some of their funding has been reduced due to abortions, they are still receiving $500 million annually from our taxpayer dollars. They state on their website that once you are on hormones, you are on them for the rest of your life. Essentially, an adult can walk in and get a prescription on the first appointment, and a child can do the same with a parent’s consent, which can lead to eventual chemical castration. They do not require a mental health visit or letter from a mental health professional. So ultimately, they swapped abortions for sterilization. They are only one part of the equation. It’s important to read my full report to understand how they are manipulating your children – all children – to create gender identity confusion and indoctrinate them.

Make no mistake, the powers that be have long been grooming your children in areas of fear mongering to make them vulnerable, gender identity confusion, far-left ideologies, and have even gone so far as to try to inject themselves into homeschooling oversight just in case you want to pull your children out of the system. I have covered all of these extensively in reports available on my site as well as in my Bookshop. It is so important to understand the psychology behind what they have been doing and why they have been doing it – control over your children into adulthood. Mind control is real, and they have fine-tuned these techniques for decades to serve their agendas.

Case in point: On March 10, 2020 Washington state Senate just passed legislation in a 27-21 vote approving a plan that will require Washington public schools to implement new comprehensive sex education materials over the next two years. What will they be teaching your children? Sex acts will be described to five-year-olds, while seven-year-olds will be taught about sexual pleasure, and sixth graders will learn all about how to have anal sex. Advocates for Youth’s 3R plan is already being utilized in some Washington schools, which promotes gender theory, condoms and contraception, abortion, promiscuity, and 14-year-olds role-play negotiating for sex. This entire bill is one big piece of sexing up young children and priming them for pedophiles. You think I’m kidding? The child trafficking industry is a $150 billion a year industry and everyone from teachers, lawyers, law enforcement, churches, and possibly your next door neighbor have been involved, with the U.S. being the largest purchaser. Don’t take my word for it. Review my extensive report on child sex trafficking nests backed with source links and evidence, my Hunting The Hunters series, 8 Days Director Jaco Booyens on TEDx, and the Trafficking in Human Persons report put out by our U.S. Department of State.

Now back to the good news…

Protecting Children One State at a Time!

This week, history was made, but it gets better! There are numerous states lined up to pass similar bills. This is incredible! It’s important that legislatures hear your voice, have your support, and get these bills passed for the sake of children. Please review the legislation below and contact your legislatures or attend a public hearing if that is available to counter those testifying in opposition. Show up! Utilize my report. It has extensive evidence in it.

As I previously reported, there has never been a long-term study of the effects of puberty blockers on children. Dr. Paul McHugh, a distinguished professor of psychiatry and behavioral sciences at Johns Hopkins University, recently told the College Fix:

“Many people are doing what amounts to an experiment on these young people without telling them it’s an experiment. You need evidence for that and this is a very serious treatment. It is comparable to doing frontal lobotomies.

I believe it will be something like how we think of eugenics now. We will come to regret it when we discover how many of the young people that were injured regret it themselves.”

Florida – H1365
Creates Vulnerable Child Protection Act; provides criminal penalties for health care practitioners who engage in or cause specified practices to be performed on minor under certain conditions.

Georgia – HB1060
A BILL to be entitled an Act to amend Title 31 of the Official Code of Georgia Annotated, relating to health, so as to prohibit certain licensed, certified, or registered professionals from engaging in certain acts upon minors.

Idaho – HB465
CRIMES — Amends existing law to revise provisions regarding genital mutilation of a child and to provide that engaging in practices to change or affirm a child’s perception of the child’s sex is a felony.

Illinois – HB3515
Creates the Youth Health Protection Act. Provides that a medical doctor shall not prescribe, provide, administer, or deliver puberty-suppressing drugs or cross-sex hormones and shall not perform surgical orchiectomy or castration, urethroplasty, vaginoplasty, mastectomy, phalloplasty, or metoidioplasty on biologically healthy and anatomically normal persons under the age of 18 for the purpose of treating the subjective, internal psychological condition of gender dysphoria or gender discordance.

Iowa – SF2213
A bill for an act relating to actions relative to treatment or intervention regarding the discordance between a minor’s sex and gender identity, and providing penalties.

Missouri – HB1721
Prohibits medical providers from administering any medical or surgical treatment for the purpose of gender reassignment for anyone under the age of eighteen.

New Hampshire – HB163
The Bill does not criminalize gender treatment to minors, but it would classify it as child abuse.

Ohio – HB513
Enact the “Vulnerable Child Protection Act” regarding sexuality and identity counseling and prohibiting certain procedures and activities intended to change, reinforce, or affirm a minor’s perception of his or her own sexual attraction, sexual behaviors, or identity.

South Carolina – H4716
Enact The “youth Gender Reassignment Prevention Act” By Adding Chapter 139 To Title 44 So As To Prohibit A Person Who Is Under Eighteen Years Of Age From Undergoing Gender Reassignment Medical Treatment, To Provide For Professional Discipline For Violation Of The Act, And For Other Purposes.

In addition to the above, which are specific to treatment and surgery to minors, there are numerous other bills in the works pertaining to athletic protections, gender identity classes in school, medical coverage, and others Bills that are in the works.

I believe in my heart that all of those
fighting for this and exposing these crimes have helped to raise awareness and take
this battle straight to legislation. We may not have typed up the legislation
or got to vote, but our voices were heard. It just goes to show – never give
up, fight from your heart, and justice will prevail.

Protecting children one state at a time. We will win this battle!

The post BIG WIN! Protecting Children One State at A Time appeared first on coreysdigs.com.

Progress for Local Food in the State Houses

The Global Landscape on Vaccine ID Passports Part 2: How Your Digital Identity is Moving to The Blockchain for Full Control Over Humans

100th Episode of Dig It! Podcast

Dig It! #100th Anniversary Podcast! Come Hang with Us!

BIG WIN! Protecting Children One State at A Time