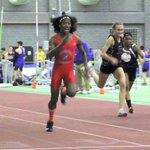 This week, we provide an update on missing American and thought to be CIA spy, Bob Levinson. The Former American agent disappeared in Iran more than 13 years ago and now, a federal judge has ordered Iran to pay his family damages of $1.4 billion dollars. We still don’t know exactly what happened to Levinson, but a U.S. court has determined Iran is at fault.
———
Full Measure is a weekly Sunday news program focusing on investigative, original and accountability reporting. The host is Sharyl Attkisson, five-time Emmy Award winner and recipient of the Edward R. Murrow award for investigative reporting. She is backed by a team of award winning journalists.

Read more about us at: http://fullmeasure.news/about