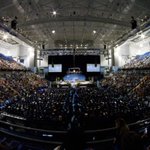 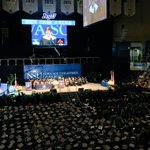 The book written by Dr. Lyons-Weiler is full of gems and kernels of solidified truths offered throughout the text.  The dense sentences summarize complex concepts associated with autism and related diseases.  I appreciated his recommendations for research reform, which is described in several sections throughout the book.  The text is comprehensive and is a good review of the foundational knowledge necessary when trying to understand the diagnosis, such as epigenetics, mitochondrial dysfunction, immunology, biological pathways and networks, and risk factors in autism.

I initially purchased the text to enhance my knowledge regarding glutamate-driven chronic microglial activation, which Dr. Lyons-Weiler terms immunoneuroexcitotoxicity.   This extends the science beyond the previous work by Dr. Blaylock, and I believe this is the key to unlocking the treatment strategy for ASD among other mental health diseases.  The author describes in detail both the genetic and environmental contributions that lead to excess glutamate both extracellular and within the cell structure.  I appreciated the additional sections on glutamate receptors and microglia.

I found it interesting how the author defined autism as endogenous, environmentally induced, and mixed-cause (Lyons-Weiler, 2016, p. 14).  His terms appear to capture the disease in an honest way compared to the current defining terminology, such as infantile, regressive, and isolated autism.

It was interesting to read the prevalence of mitochondrial mutations in those children born to older mothers (Lyons-Weiler, 2016, p. 105).  I initially disliked the observational study, which blamed older mothers for their children with autism; however, it is appealing to see once again the same reoccurring molecular underpinnings present in the occurrence of ASD rates in those born to older mothers.  This leads to possible treatments that could support mitochondrial function in these children and possibly spare an ASD diagnosis.

There is an interesting section regarding regressive autism, Rett syndrome, and childhood disintegrative disorder (CDD; Lyons-Weiler, 2016, p. 77-78).  I had never heard of the diagnosis of CDD before reading this work and was not aware of the overlapping biomarkers that occur between the three diseases.

It was a surprise to read the section on macrophagic myofascitis.  I appreciated the connections made between ASD and the condition (Lyons-Weiler, 2016, p. 207).

The sections on oxytocin and serotonin are also critical factors in the understanding the complex pathways in ASD.  I will spend more time reading those sections in detail (Lyons-Weiler, 2016, pp. 138-140, 143).

​         I would like to read deeper into the biomedical research that was described in the text (Lyons-Weiler, 2016, p. 10).  I am also interested in reading the references cited by that author, which describe glutamate neurotransmission; glutamate in ASD, schizophrenia, and addiction; and glutamate receptor dysfunction in other psychiatric disorders (Hage et al., 2016; Uzunova et al., 2014; Yuan et al., 2015).

I found the gender bias section incomplete (Lyons-Weiler, 2016, p. 85-86).  The distribution between sex ratios has manifested several hypotheses.  It is proposed that the presentation of autism is different in females (1:252 at risk) than males (1:52 at risk) because females have the ability to overcome genetic mutations, compared to men (Jacquemont et al., 2014).  When analyzing genetic mutations, it is observed that unaffected females carry a larger number of mutations at a greater frequency, in the codes that impact neurodevelopmental disorders when compared to autistic males.  Investigators hypothesize that males are at increased risk for developing neurodevelopmental disorders with fewer mutations.  It is reported that females with autism have more genetic deletions and a greater degree of small variations when compared to autistic males, which develops the impression that more mutations are needed to push females into the diagnostic category of autism (Jacquemont et al., 2014).  The second theory on sex distributions and autism are based on estrogen receptor expression, which is reduced in patients with autism (Crider, Thakkar, O Ahmed, & Pillai, 2014).  Estrogen receptors are observed to mediate brain inflammation (Vegeto et al., 2003).  Further, there is an Extreme Male Brain theory that describes a hypermasculinization of the brain.  High levels of testosterone correlate with autism, which is presumed to increase the individual’s liability threshold (Werling & Geschwind, 2013).
​
I did not like how the author phenotyped autism based in part by behavioral diagnosis.  As a person who has worked on the front line of care I see the primary goal of packaged treatment strategies that should be initially defined by associated factors (mitochondrial dysfunction, cholesterol metabolism, etc.) and further categorized by adverse health risks (gastrointestinal disorder, autoimmune disorder, etc.), which would classify distinct subgroups with a matching case managed treatment protocols.  I laughed when I read the author stated, “Trying to place various subtypes of autism into neat categorical boxes had been compared to trying to cleave meatloaf at the joint” (Lyons-Weiler, 2016, p. 79).  This is one of my favorite quotes of the text and is an excellent example of the author’s authority of writing with a style that I appreciate.  I have spent a considerable amount of time thinking about autism phenotypes and think one must consider what is the outcome best suits the patient’s needs.  The patient and provider need a workable classification for coding and treatment, and I believe you need to start by measuring the biomarkers first.

I wish the author had included the reference section at the end of the text.  I do not like the need to access the list via the internet, which in some cases is not available to some readers.