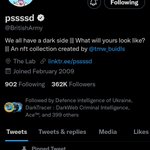 US Funding Software For Russians To Access Banned Websites https://www.zerohedge.com/geopolitical/us-funding-software-russians-access-banned-websites

Remember when the 2s10s inverted in March and "team transitory" was all like "no recession here, man"

An experiment to deliberately release genetically modified mosquitos into Brazil appears to have failed miserably – and may have even resulted in ‘super-mosquitos’ according to a Yale research study published earlier this month.

During a 27-month experiment aimed at curbing the spread of Yellow Fever, Dengue, Zika and other mosquito-borne diseases, approximately 450,000 male “OX513A” mosquitos modified by UK biotech company Oxitec were released into the wild in 2013. Females who mate with the designer mosquitos produce non-viable offspring, while Oxitec said that the man-made modifications wouldn’t make it into the local insect population.

While the experiment initially proved a success – dramatically reducing mosquito populations in the Brazilian city of Jacobina by up to 85%, the mosquitos adapted.

“The claim was that genes from the release strain would not get into the general population because offspring would die,” said professor of ecology and evolutionary biology, Jeffrey Powell. “That obviously was not what happened.”

What’s more, the OX513A genes were passed on to offspring that was able to reproduce anyway.

Around the 18-month mark, the number of mosquitos returned to pre-release levels, while females opted to avoid mating with the weaker, genetically-modified mosquitos at the same time in a phenomenon known as “mating discrimination” according to Powell.

According to the paper, some of the mosquitos likely have “hybrid vigor,” resulting in “a more robust population than the pre-release population” which may be more resistant to insecticides.

Oxitec told Gizmodo that the Yale study “was found to contain numerous false, speculative and unsubstantiated claims and statements about Oxitec’s mosquito technology,” and provided a three-page document outlining the company’s issues with the research. In particular, Oxitec notes that the paper fails to identify any “negative, deleterious or unanticipated effect to people or the environment from the release of OX513A mosquitoes.”

According to Oxitec, the “OX513A self-limiting gene does not persist in the environment,” and that the “limited 3-5% survival of the OX513A strain means that, within a few generations, these introduced genes are completely eliminated from the environment.”

Oxitec also disputes the researchers’ claim that female mosquitoes began to avoid mating with modified males, saying, “Selective mating has never been observed in any releases of close to 1 billion Oxitec males worldwide. The authors provide no data to support this hypothesis.” –Gizmodo

Meanwhile, according to German outlet Deutsche Welle, the failure of Oxitec’s experiment has raised alarm among scientists and environmentalists.

Biologists critical of genetic engineering go one step further with their criticism, among them the Brazilian biologist José Maria Gusman Ferraz: “The release of the mosquitos was carried out hastily without any points having been clarified,” Ferraz told the newspaper Folha de S. Paulo.

The Munich-based research laboratory Testbiotech, which is critical of genetic engineering, accuses Oxitec of having started the field trial without sufficient studies: “Oxitec’s trials have led to a largely uncontrollable situation,” CEO Christoph Then told the German Press Agency, dpa. “This incident must have consequences for the further employment of genetic engineering”, he demanded.

Mosquito-borne diseases are a massive health problem in developing countries, and of increasing concern in developed regions such as the southern United States.