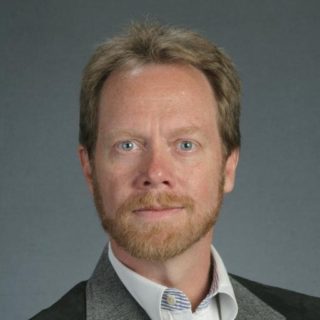 "She had asked a police officer to place her son into custody 7 days before the shooting ... She also said she reached out to Atlanta Police multiple times about her son."

Might not be a formal "gang" connection, but the ...

There must be an election coming. The current California governor is making presidential maneuvers and the New York Times appears to be propping up his (inaccurate) statements about guns.

I lived in that politician’s home turf for 22 years, during his political rise, so I have a deeper than average interest – and knowledge – of what the reality is, and in which alternate reality the politician resides.

In a rather choice bit of partisan hackery, the New York Times (NYT) makes the following assertions about California and guns.

California’s gun laws are among America’s strictest, helping the state deliver one of the nation’s lowest rates of gun deaths. In 2020, the state’s rate of firearm mortality was about 40 percent lower than the national average, according to the Centers for Disease Control and Prevention, and the Public Policy Institute of California has determined that Californians are about 25 percent less likely to die in mass shootings, compared with residents of other states.

Having poured though reams of data over 25 years, most of that while residing in the San Francisco Bay Area, I knew something was amiss. Oakland, Richmond, Los Angeles, Bakersfield are all shooting galleries and street homicides are so common that entire subcultures celebrate it. Hence, there was something within the data that the NYT was concealing, out of their ignorance (a crime for which the NYT is often guilty) or political skullduggery (for which they are constantly guilty). 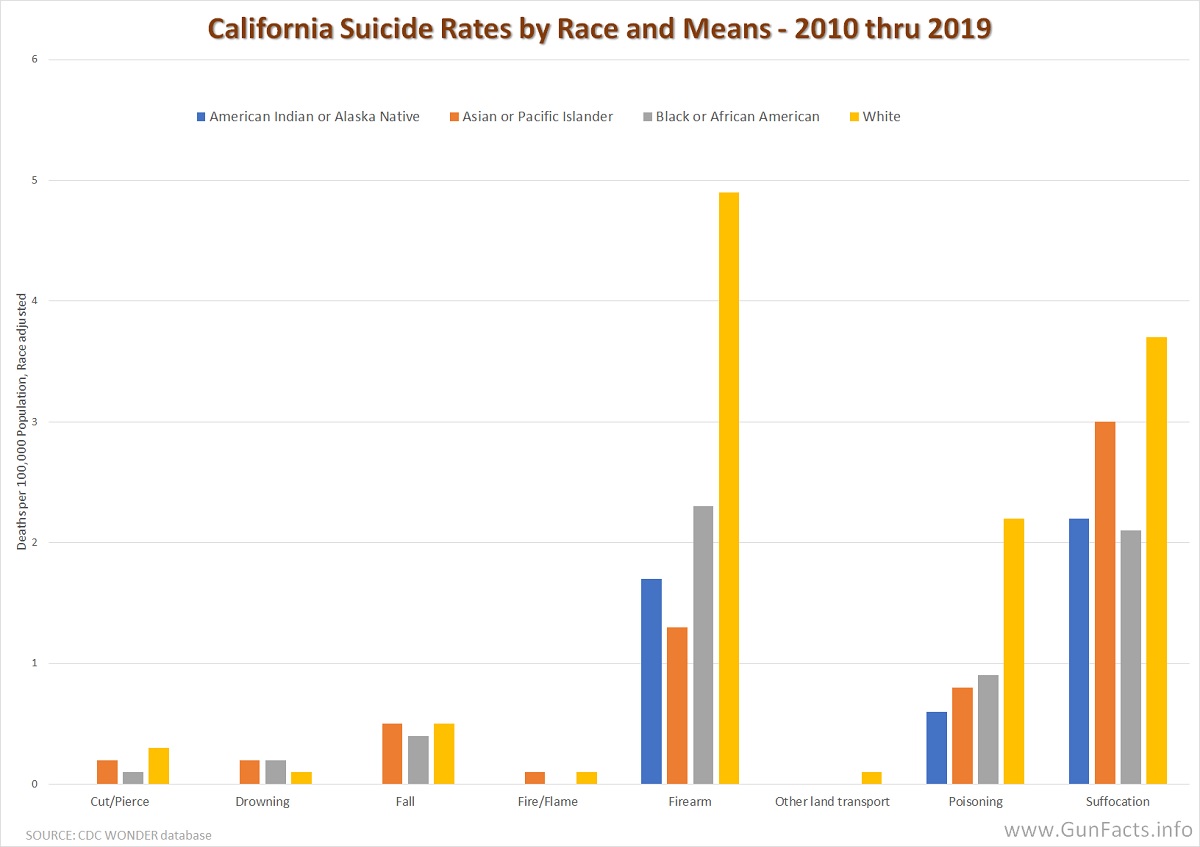 In terms of gun homicides, California is no different than the rest of the country. The horizontal blue line is the median national gun homicide rate for nine years we reviewed. 1 Notice how it rests precisely atop California’s gun homicide column, at 3.5 gun homicides for every 100,000 people.

What is different are gun suicides. This is where the NYT masked the underlying realities.

California’s overall suicide rate by any means, not just guns, is 29% lower than the median for all other states. That’s good, but we see that their gun suicide rate is half the national figures. That 21% gap is provocative.

We know from all kinds of analysis (for example, our original international review of gun ownership and suicide rates), that “substitution of means” – using different means for committing suicides – varies from culture to culture. California has many cultures, and each has certain “preferences” for the means to commit suicide. As such, people in some cultures will not shoot themselves as often as others, and this is atop the lesser probability that Californians will commit suicide at all. For example, in the chart above, Asians will use a gun only 27% as often as whites, but Asians drown themselves twice as often.

Here is the chain reaction of all this data:


In short, the NYT claim is smoke, which they likely inhaled for breakfast. By ignoring the homicide/suicide/cultural realities, they present a non-reality.

For the morbidly curious, California’s rate for suicide by cutting/piercing is 50% above national averages, and suicide by falling is 67% above. Given that jumping off the Golden Gate bridge is practically an Olympic sport, the latter is not surprising.

The NYT claims that the “Public Policy Institute of California has determined that Californians are about 25 percent less likely to die in mass shootings.”

Sooooooo many problems here, but the take-away is that California is significantly above average for both the number of mass public shootings (MPS) and deaths in MPS. So, let’s unravel the NYT misinformation.

The study cited by the NYT had two grave malfunctions, namely using inappropriate definitions of “mass shooting” and not using a gold-standard database. The “policy institute,” which is a common phrase for “partisan propaganda factory,” used the Gun Violence Archives as a data source. Though improved from its origins, in the early days the database had problems – duplicate entries, missing entries, inaccurate data capture. Such is the nature of crowd-sourced internet data mining without expert leadership from the git-go.

But the bigger problem is one of definitions. Mass PUBLIC shootings have a multi-decade-long, criminologist-derived definition, upon which mountains of scholarship has been built. The recent phrase “mass shooting” has many different definitions depending on what party/newsroom/politician needs to convince the public of something. Indeed, in the policy institute’s post that the NYT references, they don’t bother to define “mass shooting.” If we assume the author used the definition provided by the not-gold-standard data source, then we see a big problem:

BLESSED CRIMINOLOGY DEFINITION: 4+ killed not including the perpetrator(s), public venue, not part of another crime.

NYT REFERENCE: Four shot, either injured or killed, anywhere, and possibly part of a crime. 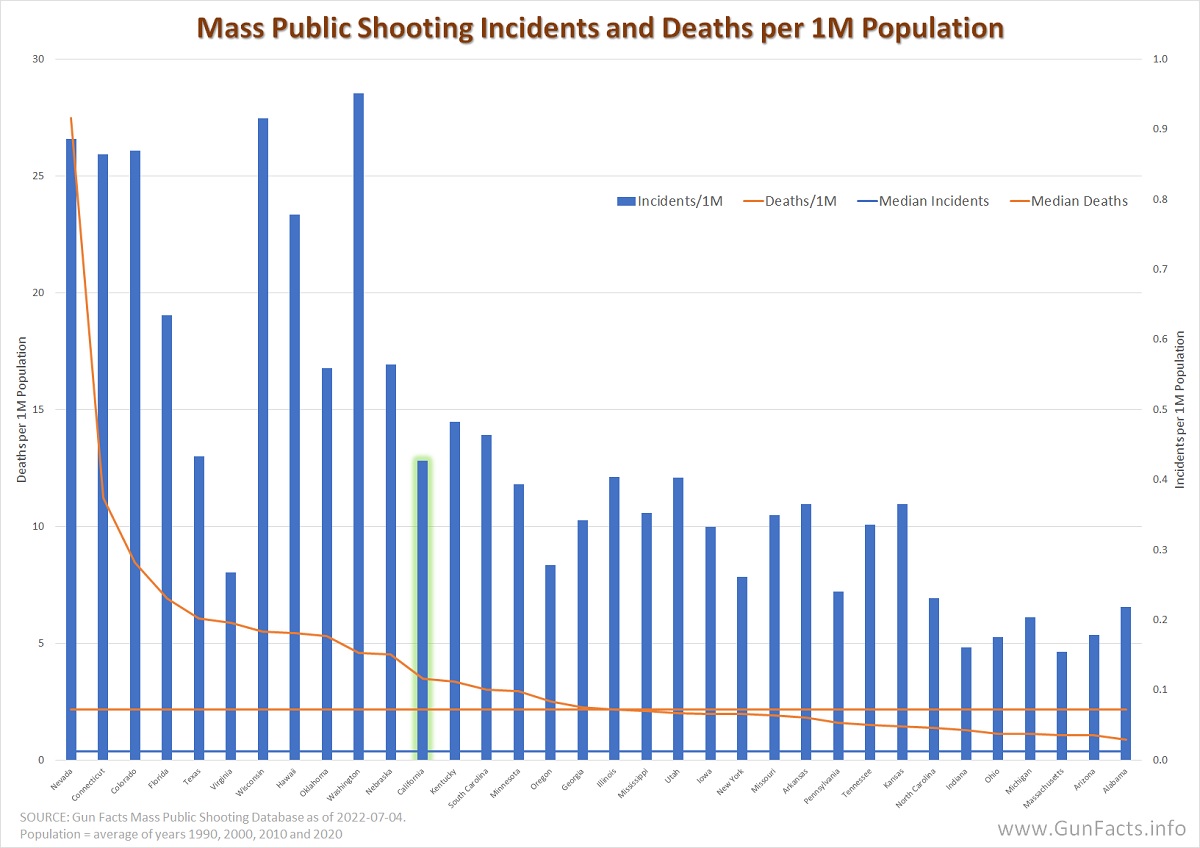 Unlike the NYT and their cherry-picked “policy institute” we’ll stick to the criminology definition and have a look at how California is doing.

It isn’t doing all that well. At #12 down the list of states that have had MPS, 2 California is 17% higher in the number of incidents over the median for all states, and 60% higher for the number of MPS deaths.

For decades California politicians have bought into their self-induced imbecility about guns and violence, while only once having done something productive about it (the 1993 pair of laws that addressed both lawlessness in general and gun crime in particular). But the numbers never support their claims. Hence, they and their acolytes employ many of the standard propaganda tactics – most notably, lying with numbers.

What these discount geniuses have not figured out is that the data is available to anyone, and their masquerade ends rapidly. 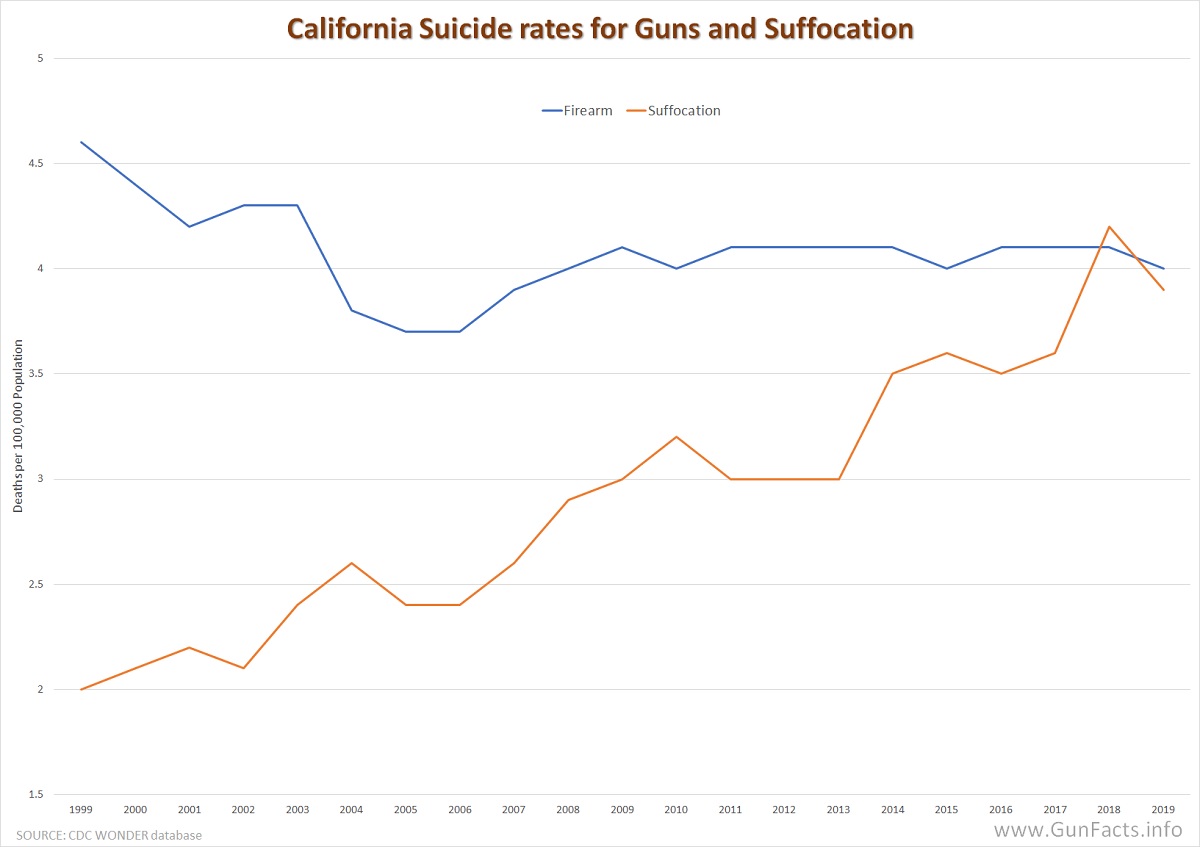 In out study period, we see that:

Together, this means gun laws either are having no effect on gun suicide rates, or possibly that they capped them, but people are substituting means.