@DailyCaller N Eng J Med, May 21, 2020: “Wearing a mask outside of health care facilities, offers little, if any, protection from infection.”

People marching in Florida protesting against a mandatory mask order are chanting “My body. My choice.” 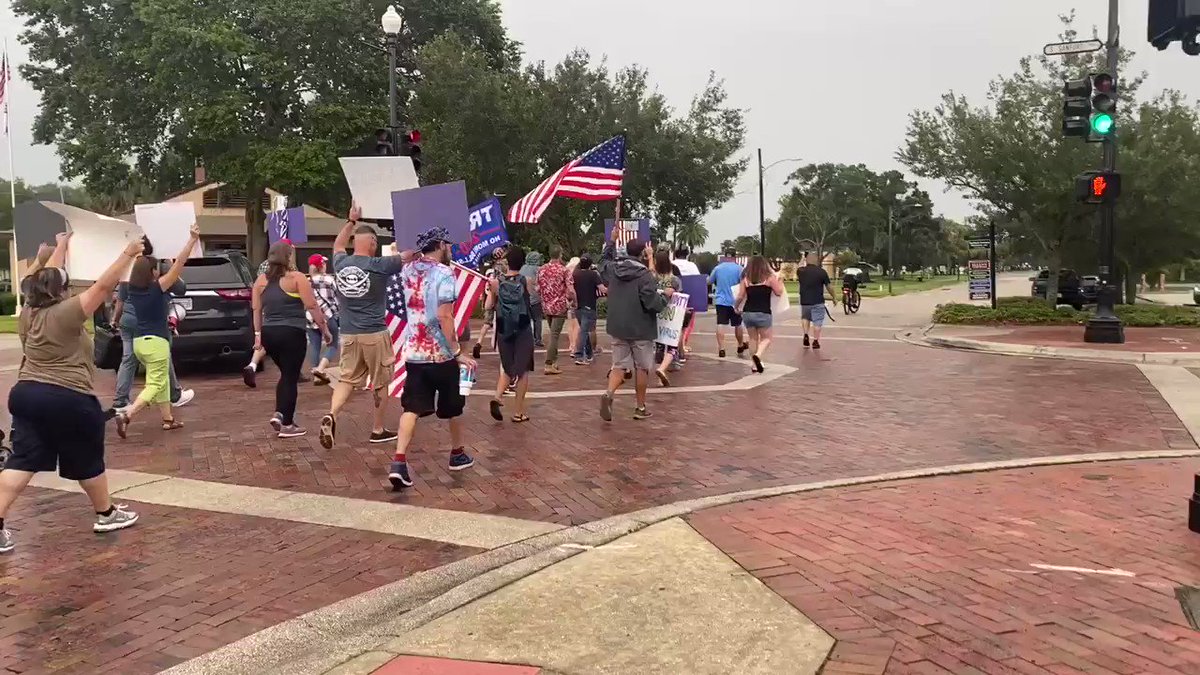 @KrisAnneHall So excited to watch this today, thumbs up at the beginning!

Calling Out the Hypocrisy of the Chicago Mayor

The videos in this show are used completely as a tool of education and commentary and therefore fit completely and legally within the fair use doctrine of law.

Watch as the Mayor of Chicago proves herself to be the very epitome of unjust government. Those aren’t my words alone, that’s how the founders of our Constitutional Republic would describe her.
#LibertyFirst
Watch the ENTIRE episode: https://youtu.be/nRdQYAQXijk

Ensure this Excellent Constitution Training Continues! Partner with The KrisAnne Hall Daily Journal and be a part of the force that will restore Americans with their Constitutional Principles!
To JOIN with us just simply Go to  https://www.krisannehall.com/index.php/donate and give OR
Text- impact2020 to 33777

Books, DVDs and On Demand Seminars by KrisAnne Hall at
https://KrisAnneHall.com

About KrisAnne Hall
KrisAnne Hall received her bachelor’s degree in biochemistry from Blackburn College and her Juris Doctor from the University of Florida, College of law. She served in the US Army as a military intelligence cryptologic linguist and was a prosecutor for the State of Florida for nearly a decade. KrisAnne also worked with a prominent national First Amendment Law firm where she traveled the country defending American’s whose Rights were violated by unlawful arrests and prosecutions.

KrisAnne is the most sought after national speaker on the Constitution, averaging over 250 events in nearly 22 States every year for 5 years straight. She has written 6 books on American History and the US Constitution and is now a professor at River University School of Government. KrisAnne is a regular consultant on the Constitution for numerous radio, podcast, and television programs. She has been seen on i24 News, Law & Crime, NewsMax, Fox News, and she has been interviewed by C-Span InDepth and her books and classes have been featured on CSPAN Book-tv. KrisAnne has had a nationally popular radio show, with an international following, for the over 6 years. Her show is carried both on terrestrial and internet stations as well as Roku & YouTube.

Comments moderation policy:
1. Comments are not moderated by KrisAnne. She teaches 2 or more classes every day. Comments are moderated by a 3rd party using the following guidelines.
2. Profanely used "F" bombs are not allowed.
3. Personal attacks on KrisAnne, or anyone else are not allowed.
4. If you post a link without any description or reason why yo’u’re posting the link, it will not be approved. Post a link, add a comment and a description describing the worthiness of your referral.

Taking issue with what is said and having a reasonable, respectful discussion is the goal. No one expects 100% agreement but talking to each other with civility is highly encouraged. This is as a learning platform in regards to liberty.

The principles of Liberty demand we resist government overreach. For anyone who doesn't know or understand this, we offer this...
liberty aggregatorJuly 1, 2020 at 4:03 pm.
KrisAnne Hall, JD

Episode 1130 How a Socialist Becomes a Constitutionalist

This is independence week. I want you to know how I found my independence from the academic and social indoctrination...
liberty aggregatorJune 30, 2020 at 5:03 pm.
KrisAnne Hall, JD

This is independence week. I want you to know how I found my independence from the academic and social indoctrination...
liberty aggregatorJune 30, 2020 at 4:02 pm.
KrisAnne Hall, JD

Episode 1129 One Stop Truth about Independence Day for Every American

There are some shocking lies being distributed today about our day of Independence. Learn the truth and set the history...
liberty aggregatorJune 30, 2020 at 5:03 am.
KrisAnne Hall, JD

There are some shocking lies being distributed today about our day of Independence. Learn the truth and set the history...
liberty aggregatorJune 29, 2020 at 5:00 pm.
KrisAnne Hall, JD

Constitutional America Live Episode 8 – The History Of Our Independence Day

Next week we celebrate independence day but you're going to hear a lot of things that simply are not true;...
liberty aggregatorJune 27, 2020 at 5:00 pm.
KrisAnne Hall, JD

Episode 1127 New Immigration Opinion plus How To Legally Record Government

SCOTUS delivers a new opinion on laws for Asylum Seekers, did they side with Trump? If you want to peacefully...
liberty aggregatorJune 25, 2020 at 10:03 pm.
KrisAnne Hall, JD

Episode 1127 New Immigration Opinion plus How To Legally Record Police

SCOTUS delivers a new opinion on laws for Asylum Seekers, did they side with Trump? If you want to peacefully...
liberty aggregatorJune 25, 2020 at 4:02 pm.
KrisAnne Hall, JD

How can we expect to get back to the America we were designed to be when at every turn and...
liberty aggregatorJune 24, 2020 at 4:02 pm.
KrisAnne Hall, JD

Episode 1125 When Did Liberty Stop Being Essential?

The Supreme Court, Social Bullying, & The Trump Effect where are we headed in this new normal? Always bringing you...
liberty aggregatorJune 23, 2020 at 4:00 pm.
KrisAnne Hall, JD

Let's get into the mix of it this fine Monday! Always bringing you current events from an historical, constitutional, and...
liberty aggregatorJune 22, 2020 at 5:00 pm.
VIEW MORE POSTS
KrisAnne Hall, JD

Calling Out the Hypocrisy of the Chicago Mayor