by moving the goalposts no more than 10 times per day

'270 Doctors' Called Out Joe Rogan - But Vast Majority Of Authors, Signatories Are Not Medical Doctors https://www.zerohedge.com/covid-19/270-doctors-called-out-joe-rogan-vast-majority-authors-signatories-are-not-medical-doctors

It's ok, a few private-jet flying billionaires will bash the US middle class and never mention China while asking for $150 trillion in "green" commitments (for their bank accounts) 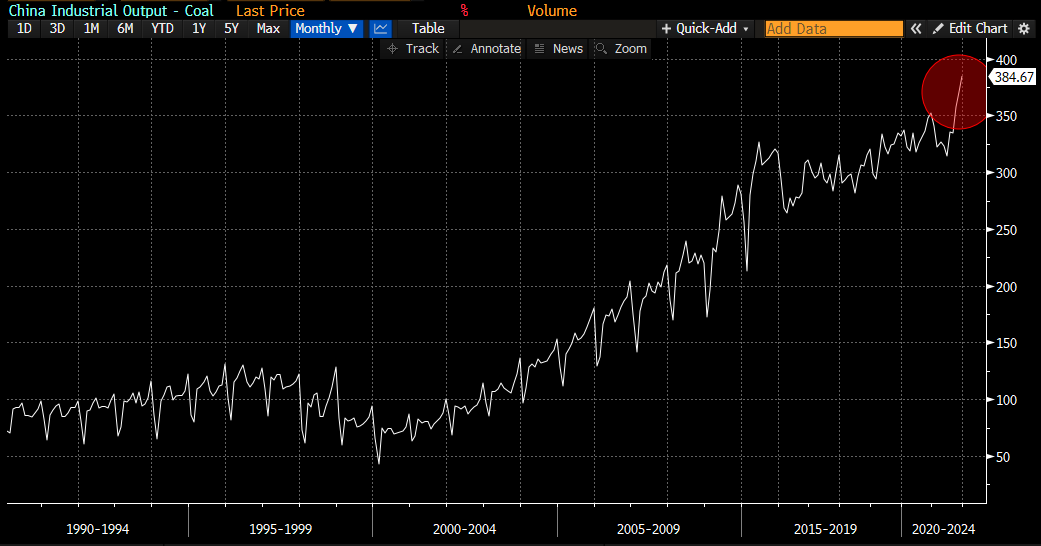 CHART OF THE DAY: The spectacular (and depressing) surge in Chinese coal production in Nov-Dec 2021, hitting an all-time high of 384 million tonnes last month. That has kept the lights in China on, at the expense of lots more CO2 | #China #ClimateCrisis #coal 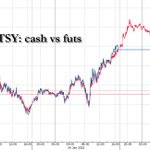 Update (1430ET): Florida’s Department of Health has issued an apology and a retraction claiming that Saturday’s death toll figures were “miscalculated”, and that the state only suffered 97 deaths instead of the 188 reported, which would have been a record number, beating the prior record by a considerable margin.

Today’s update on the numbers:

In other news, the CDC announced on Saturday that it had updated its guidance for the number of asymptomatic carriers roaming around. According to the new numbers, officials are estimating that roughly 40% of all those infected are asymptomatic, up from 35% during a previous estimate released in May.

The CDC is now including an infection fatality ratio, which supposedly takes into account both symptomatic and asymptomatic cases: It estimates that in total, 0.65% of people who contract the virus are thought to die. Though the agency warned that the situation remains highly uncertain, according to CNN.

The report also disputes the claim (once advanced by the WHO) that asymptomatic people can’t infect others.

Update (1125ET): Florida health officials on Friday reported 10,360 (+4.2%) new COVID-19 cases and 188 deaths, marking the second-most cases reported in a single day, according to data from the state Department of Health dashboard. However, the increase is below the 7-day average of +4.6%.

The 188 deaths reported Saturday is also the most deaths reported in a single day yet. The figure is 50% larger than the number from the prior day. Florida’s previous single-day death tally was 120, which was reported on July 9. The state has reported a total of 4,197 since the beginning of the pandemic.

The US reported yet another record-breaking single-day number of new coronavirus cases on Friday. And while counts by Johns Hopkins and others put the total at roughly 64k cases, a tally by worldometer put the number of new cases at 71,787, the first time the US has reported more than 70k cases in a day.

Globally, the world recorded 228,000 new cases yesterday, another record high as Brazil and India see cases spiral out of control. That brought the international total to 12,689,741.

Friday’s numbers brought the mortality rate in the US to 4.8%, while the number of total cases in the country, home to the world’s largest outbreak, still represented roughly a quarter of the global total. Globally, there were 12,689,741 confirmed cases as of Saturday morning on the East Coast of the US.

Meanwhile, in Florida, hospitals confirmed that a total of 7,063 patients were hospitalized with the virus in Florida, according to data released Saturday by a state agency. Miami-Dade County is the state leader with 1,601 patients hospitalized, the most in any single county in the country.

While the Sun Belt outbreaks continue to spiral out of control, we noticed an interesting report out of NYC on Saturday. The NYT recently reported that more than 68% of people tested positive for antibodies at a clinic in Corona, a working-class Queens neighborhood,  while 56% tested positive at another clinic in nearby Jackson Heights.

That compares with just 13% of people tested in ritzy Cobble Hill, a ritzy Brooklyn neighborhood.

This is the third consecutive day that the country has recorded its highest single-day jump in new coronavirus cases.

As virus cases continue to soar, Indian cities and states are reimposing strict measures to curb the spread.

A coronavirus vaccine may be two years away, if one is ever found, and low levels of infection may become a part of life, Australia’s deputy chief medical officer warned.

The South Asian nation has so far tested over 11.3 million samples for coronavirus, according to the Indian Council of Medical Research.

Japan recorded 430 new cases, first time the country has registered more than 400 in a day since April 24, when the countywide emergency order was still in effect. Tokyo contirbted 243 of those, its highest daily jump in new cases yet. Japanese TV station NHK also reported that US military facilities in Okinawa have found at least 50 cases.

Finally, in Australia, the state of Victoria, home to Melbourne, recorded 216 new coronavirus cases, Premier Daniel Andrews announced Saturday. Of these 186 remain under investigation, while the other 30 have been linked to known outbreaks. The number was down from the 288 cases reported Thursday, the most in a single day in any Australian state. So far, a total of  21,841 cases have been confirmed, along with 995 deaths.

As the country struggles with this still-relatively-mild resurgence, Australia’s deputy chief medical officer issued a stark warning on Saturday. As several vaccine trials get under way in the country (Moderna is testing its vaccine candidate in the country) he warned that a vaccine may be two years away, if one is ever found.

It’s still possible that low levels of SARS-CoV-2 infection might become “a part of life.”