How To Spot A Carbon-Free Con https://www.zerohedge.com/energy/how-spot-carbon-free-con 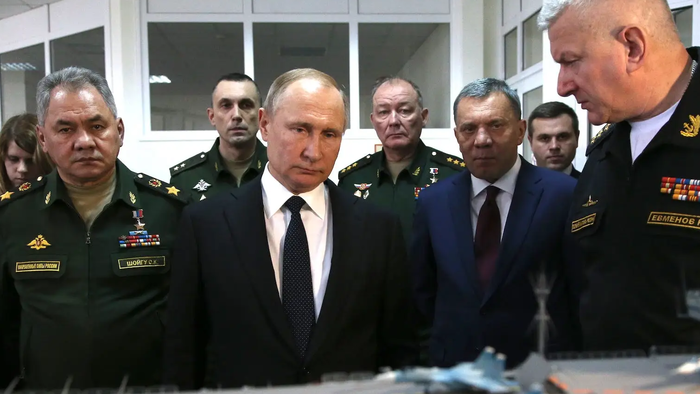 And they start walking it back 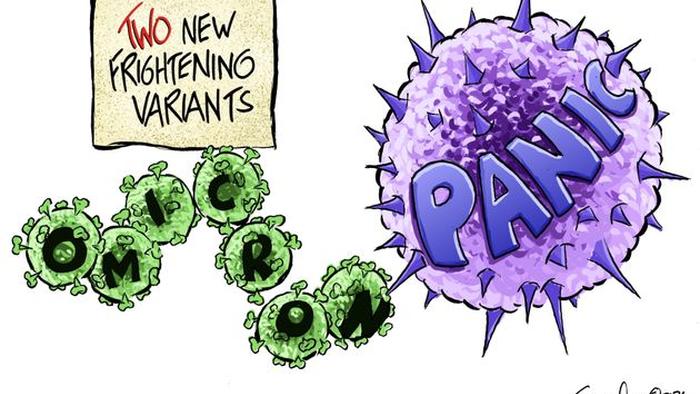 ...in California... The individual was fully vaccinated.

Authored by Sven Henrich via NorthmanTrader.com,

In our new risk free market, party like it’s 1999 environment with imbalances running wild and S&P 500 price targets being raised almost daily it may be silly to speak of any corrective activity to come in stocks. After all the Fed looks to continue printing until June.

Yet extreme one sided market actions have consequences and those can be found in the technicals and in history.

Hence I wanted to take a closer look at $AAPL today, by far the biggest behemoth in the US market universe now having run over 100% since the January 2019 lows, adding over $500B in market cap. Be it buybacks, be it the Fed, be it 5G hopes, be it the benefits of passive indexing, be it all of these factors in some combination, they all have contributed to the single largest market cap expansion in an individual stock in a single year in history.

[ZH: because it’s not the fun-durr-mentals]

Due to its size the stock has also been the single largest contributor to index gains, predominantly in the $NDX where $AAPL has contributed nearly 20% to the index’s gain alone:

Too big to fail indeed. With 5 stocks alone now controlling 50% of the $NDX gain in 2019 alone any of these stocks facing a technical correction could well dampen investor expectations looking for further market gains in 2020.

After all we live in a world where 2 companies have a market cap exceeding the entire market cap of Germany, only the 4th largest economy in the world:

Just to put things into perspective: Combined mkt cap of #Apple and #Microsoft $250bn higher than the entire mkt cap of the German stock market. pic.twitter.com/ZYJNRguc1P

So let’s look at the technicals here and the readings it has produced.

Following the 2018 rout $AAPL bottomed in early 2019 when it issued a revenue warning. It build a rising wedge which peaked in early May on a negative divergence and a larger correction ensued. This correction ended in June when, like the broader market, it began to rally on Jay Powell’s ‘ready for rate cuts’ comments. Into the summer and fall it produced marginal new highs on the Fed’s rate cuts, but then, like the rest of the market, the stock went on a tear in Q4 as the Fed went wild on balance sheet expansion and repo. In process it has formed a very large channel and has now reached the top of this channel along with vast overbought readings on the RSI and a negative divergence.

How steep this channel really is can be appreciated when viewed through the lens of a weekly chart:

Here we can note a weekly RSI reading above 85. Historically speaking these kind of RSI readings have produced either a larger correction or a smaller pullback. These readings themselves are not indicative of a major top although they can lead to one.

More often high RSI readings have led to a pullback to the .236 fib or .382 fib before another rally then produced a new high on a negative divergence which then leads to a much larger correction of size. Recent examples:

But in context of the massive size of this rally even a pullback to the .236 fib would constitute a larger move lower.

The monthly chart also reveals a larger channel which $AAPL has just reached and looks to be slightly extending above:

Note here though that a large negative divergence already exists, between the 2018 and the 2019 highs. This leaves room to the interpretation that $AAPL is at risk of making a larger top perhaps even in Q1 of 2020.

How much further can $AAPL extend higher at this stage? Risk reward is screaming massive caution here. Why? Because $AAPL is not only pressing against key trend lines, but the stock is far extended above key Bollinger bands, extension of which history shows are not sustainable.

Here’s the monthly linear view which highlights the point quite clearly:

Past extensions above the monthly Bollinger bands have produced rejections, some leading to new highs, some not. The last example being 2018 which led to a massive correction.

But it’s the quarterly chart which reveals a more concerning historical perspective:

Since 2007 $AAPL has poked hard above its quarterly Bollinger band, four times prior to this occasion. In each case it ended up producing a move to the quarterly 15 MA. That’s a four in four track record. The quarterly 15MA is currently at $167 and is rising and will be higher in 2020, but that’s the appointment $AAPL has based on history.

What this chart also shows is that these quarterly pokes above the Bollinger band can take 2-3 quarters, in 2012 it was 4 quarters. Given the earlier chart history it suggests $AAPL can see a sizable pullback in Q1, then race off to make new highs still, but then face the technical judgement of history.

Bottomline: Chasing $AAPL here on the long side is extremely dangerous. Rather it is likely to see a sizable pullback early in Q1 2020 ($236-$250 based on fibs) hence selling strength may be the right call. That first larger pullback may then offer a long trade opportunity for another potential run higher, but then $AAPL may be at risk of  a much larger correction or even bear market later into 2020 and 2021. Given its size and contribution to the overall market and index performance $AAPL will be key to watch next year.