“Are they doing this because the policy is unpopular? No — 90% of their constituents support the policy.” @RBReich 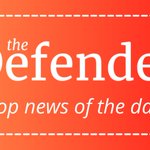 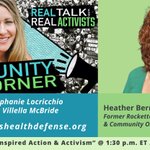 On May 1, H.R. 6666, the COVID-19 Testing, Reaching, And Contacting Everyone (TRACE) Act, was introduced in the House of Representatives by Congressman Bobby Rush of Illinois. If passed, the legislation would allow the implementation of surveillance of all people in this country, in clear violation of Article 1 of the Constitution as described in this video by Children’s Health Defense Vice Chair and General Counsel, Mary Holland.

CHD’s call to action urging advocates and concerned citizens to contact their Congressional representatives resulted in over 10,000 letters from constituents sent directly to their reps from our advocacy center.

Since then, we’ve learned that while H.R. 6666 is at a virtual standstill, another bill, H.R. 6800, the “Heroes Act”, which contains the essence of HR 6666, was passed in the House of Representatives. This bill allocates $75 billion to the CDC for contact tracing. As of this moment, while it appears that H.R. 6800 will not be picked up by the Senate, the threat of contact tracing remains real. It’s being rolled out now in many states and some level of federal funding remains possible. According to a May 7 NPR poll, “In all, 44 states and the District of Columbia now have plans to expand their contact tracing workforce, reaching a total of 66,197 workers — an increase by 30,000 of the number that were planned last week when we first published.”

By taking action on HR 6666, you can let your legislators know where you stand on invasive contact tracing.