As Democracy Dies In The EU, Von Der Leyen Reveals Its Sins https://www.zerohedge.com/markets/democracy-dies-eu-von-der-leyen-reveals-its-sins

'Silent Majority' Must Speak Up When Vocal Minority Imposes Views on Society: Zuby

'Silent Majority' Must Speak Up When Vocal Minority Imposes Views on Society: Zuby

Authored by Con Coughlin via The Gatestone Institute,

While the rest of the world is preoccupied with tackling the coronavirus pandemic, China is intensifying its efforts to extend its influence in the South China Sea by intimidating its Asian neighbours.

The arrival of China’s Liaoning aircraft carrier, together with five accompanying warships, in the South China Sea earlier this month has resulted in a significant increase in tensions in the Asia-Pacific region as Beijing seeks to take advantage of the coronavirus pandemic to flex its muscles.

So far in April, there were claims that a Chinese coast guard vessel deliberately rammed and sank a Vietnamese fishing boat operating close to the disputed Paracel Islands. All the fishermen survived and were transferred to two other Vietnamese fishing vessels operating nearby.

The incident prompted a furious response from the Vietnamese government, which accused Beijing of violating its sovereignty and threatening the lives of its fishermen. The US State Department said it was “seriously concerned” about the incident and called on Beijing “to remain focused on supporting international efforts to combat the global pandemic, and to stop exploiting the distraction or vulnerability of other states to expand its unlawful claims in the South China Sea.”

In other incidents, Chinese vessels have been accused of harassing Indonesian fishing boats, as well as tailing Malaysian oil-exploration boats.

At the same time, China has provoked a diplomatic dispute with the Philippines following Beijing’s declaration that a region over which Manila claims sovereignty in the South China Sea is Chinese territory.

The dispute concerns China’s recent announcement that it intends to administer two disputed groups of islands and reefs in the waterway. One district covers the Paracel Islands, and the other has jurisdiction over the Spratlys, where China has built a network of fortified man-made islands. The Philippines has a presence of its own on at least nine islands and islets in the area, and bitterly opposes Chinese attempts to extend its influence.

Beijing has long claimed control over the South China Sea and the surrounding area because of its strategic significance as one of the world’s busiest waterways. Around one third of the world’s shipping passes through it and carries trade worth around $3 trillion. In addition, the waters contain lucrative fisheries, and huge oil and gas reserves are believed to lie beneath its seabed. 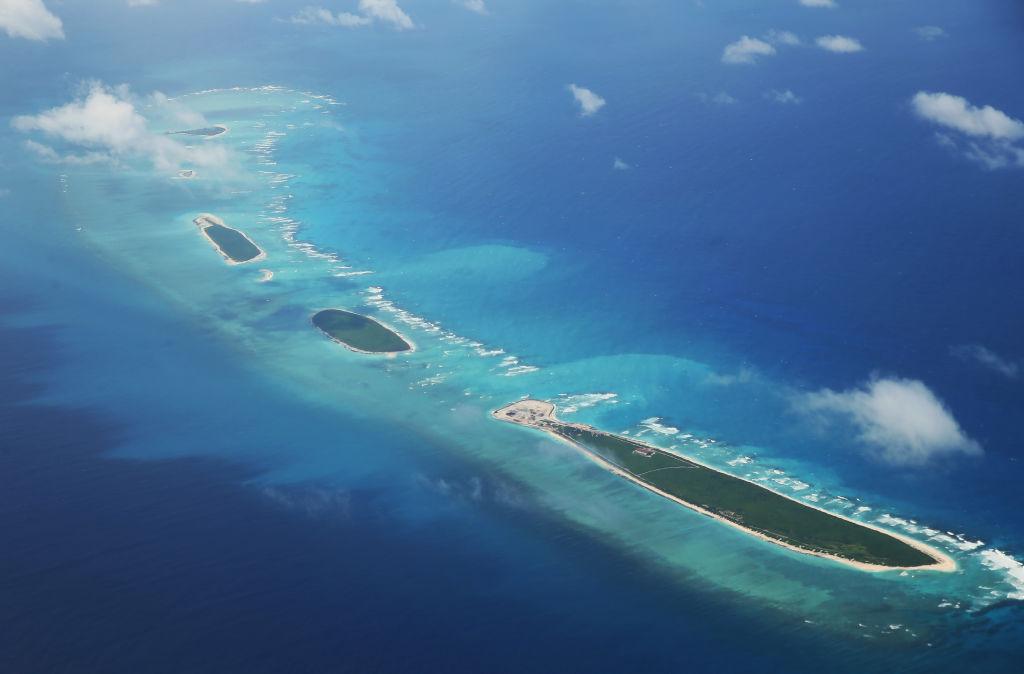 China’s gradual encroachment on the area has been resisted by other countries in the region such as Vietnam, the Philippines, Taiwan, Malaysia and Brunei, which all have competing claims of their own.

As the region’s dominant power, China has shown little interest in seeking to resolve these conflicting claims peacefully. Instead, it has resorted to brute force, using its increasingly powerful navy to assert its dominance by harassing the shipping of rival states, even, at times, in their own territorial waters.

China’s increasingly aggressive action, known in Beijing as “Wolf Warrior diplomacy”, has prompted US Secretary of State Mike Pompeo to warn that China is taking advantage of the world’s preoccupation with the coronavirus pandemic to push its territorial ambitions in the South China Sea. At a recent briefing to foreign ministers of the 10-member Association of Southeast Asian Nations (ASEAN), Mr Pompeo stated:

“Beijing has moved to take advantage of the distraction [over Covid-19], from China’s new unilateral announcement of administrative districts over disputed islands and maritime areas in the South China Sea, its sinking of a Vietnamese fishing vessel earlier this month, and its ‘research stations’ on Fiery Cross Reef and Subi Reef.”

Despite the Trump administration’s preoccupation with tackling the coronavirus pandemic, Washington is not prepared to tolerate China’s aggressive actions. Three ships from the US Seventh Fleet, together with an Australian frigate, have responded by sailing through the disputed waters in a show of force.

China’s communist leadership may believe that they can take advantage of the coronavirus pandemic to bully their Asian neighbours. But this show of force by the US Navy should send a timely reminder to Beijing as to which country is the real military power in the region.