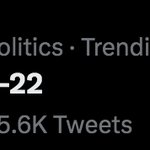 China is embroiled within an epic vaccine oversight scandal whose discussion and coverage has enjoyed a sustained global spotlight. On July 5, the Chinese Food and Drug Administration (CFDA), acting on a tip, launched an inspection at Changsheng Biotechnology – one of China’s largest vaccine manufacturers. By July 15, it was found that the company had violated safety standards of approximately 250,000 doses of rabies vaccines for humans. CFDA said it found that the vaccine manufacturer had forged production records and product inspection records along with arbitrarily changing process parameters and equipment during its production.

Within China, the story immediately gained attention on popular social media platforms across the country. The Washington Post reported, ”…on July 20, when reports of Changsheng’s violations emerged, they quickly went viral on Chinese social media. Despite apparent attempts to censor posts about the scandal, a hashtag on the issue had been read more than 600 million times by Monday…”

CNN reported, “Government censors had initially allowed public discussion. However, by Wednesday, attempts were underway to control the flow of information, with the word “vaccine” among the most restricted on China’s social media platform Weibo, according to the Journalism and Media Studies Centre at the University of Hong Kong. Essays and top rated comments were scrubbed from online platforms…”

One of the most widely shared investigative articles by an independent Chinese blogger chronicling Changsheng’s corruption and unethical behavior was also removed by Chinese Internet censors, a force estimated to include over 40,000 people. However, the censored article was promptly added to the Ethereum blockchain allowing it bypass any further censorship due to the natural attributes inherent within the blockchain’s technology.

Whether in response to the massive public outcry in China or due to a genuine effort to reform the loss of faith in the country’s health system, the Chinese solutions came swift and appeared extensive.

“Xi also ordered the authorities to use severe punishment “to cure the chronic disease [of corruption] and scratch poison from one’s bones”. He told the authorities to resolutely “improve the supervision of vaccines and guard the bottom line of safety in order to safeguard public interest and social security”.”

In a statement published on a Chinese government website, President Xi added, “We will resolutely crack down on illegal and criminal acts that endanger the safety of peoples’ lives, resolutely punish lawbreakers according to the law, and resolutely and severely criticize dereliction of duty in supervision.”

The Jilin food and drug supervision authority revoked Changsheng’s drug GMP certificate for their rabies vaccines and halted their production and sales. Meanwhile, the chairwoman of Changsheng was placed in criminal detention along with 17 others involved in the case according to an official police statement. A CFDA official said that all vaccine producers in China would be subject to unannounced inspections and any violations of law and regulations would be dealt with seriously.

There are fears the sub-standard vaccines may have been imported not only to India but also Cambodia and Egypt. The World Health Organization’s office in China said it did not have information on which countries may have imported the vaccine. India’s drug controller general stated, ”We have stopped the import of the rabies vaccines for the time being. An investigation is going on and till then the import is prohibited,”

Earlier this week, nearly a month into the Chinese vaccine scandal, rare protests comprised of angry parents and activist gathered outside the offices of the National Health Commission on Monday and the National State Drug Administration on Tuesday. Speaking to CNN, Amnesty International researcher Patrick Poon said often people who join in protests in China fear the consequences. “It is very rare to see people risk their own freedom and safety to start or join a protest (in Beijing),” he said. Despite the International attention and protests, the Chinese government continues to resist calls to release further information detailing the results of their investigation around the faulty vaccines. Dr. Gauden Galea, the representative of the World Health Organization in China stated:

“They need to ask and answer more questions than the population is asking in order to earn the trust back,”

Far from an isolated, contained incident angering a handful of parents, the recent vaccine scandal is tanking the entire Chinese drug and vaccine industry. Earlier this week after the Chinese securities regulator said that companies found to have severe violations in areas including public health will be forced to delist Bloomberg reported:

“The stocks of many Chinese drugmakers have plunged as investigations continue, wiping out the equivalent of about $22 billion in market value since the scandal broke.”

In light of the ongoing scandal, calls from Chinese blockchain and cryptocurrency leaders have proposed making the vaccine industry more transparent using the current technological advances available. Coindesk.com reported on the public comments made by Li Xiaolai, one of China’s best-known cryptocurrency investors, concerning the vaccine scandal saying, “…the entire vaccine supply chain should be open to all and a distributed ledger should be employed to help record every detail of the process – from who produces the vaccine, who is in charge of quality assurance, which hospitals did a vaccine go to and at what price, who has received shots of the vaccine, and so on. The openness and transparency of a distributed database would help to ensure the public will remain calm when facing such a situation. With a traceable chain of data, it’s easier to hold people accountable once a vaccine is found with problems. … And for children who might be harmed by problematic vaccines, it will be also easier for them to claim for damages…”

The cross-sectional response from Chinese officialdom to their country’s month-long vaccine scandal has put in focus the continued American apathy towards vaccine safety and oversight. To be clear, the everyday people of both China and America have, and are continuing to, sound the alarm about critical issues pertaining to vaccine safety and the conflicting science surrounding the greater vaccine paradigm. It has been the lackluster, and often adversarial response, by American leadership and media outlets to the shortcomings, fraud and damning science that has its citizenry concerned.

​Recently in America, the public has been reeling from its own vaccine safety and oversight failures. New court admissions by US Health and Human Services (HHS) admitted they were unable to find any documents given to the US Congress over the last 30 years that show the agency is making vaccines safer pursuant to their duty put forth by the 1986 National Childhood Vaccine Injury Act Tasked to “…make or assure improvements in…the manufacturing, testing, warning, field surveillance, adverse reaction reporting and researching on vaccines in order to reduce the risk of adverse reactions to vaccines”, the recent HHS admission has added a major data point to the public discussion showing that regulatory agencies tasked with vaccine safety oversight are asleep at the wheel and have been for some time. Unfortunately the same corporate media outlets, in America and across the world, who have been quick to give sustained, unbiased attention to China’s vaccine woes have willfully censored any reporting about the recent HHS bombshell admission.   ​

“…the director of the Immunisation Management Department with the Shandong Centre for Disease Control and Prevention, Song Lizhi, has attempted suicide. He is currently in critical condition after injecting himself with a large dose of insulin. After a meeting of the State Council (cabinet) chaired by Prime Minister Li Keqiang on Monday, the Council announced that enterprises and individuals will be severely punished and banned from the sector for life.“