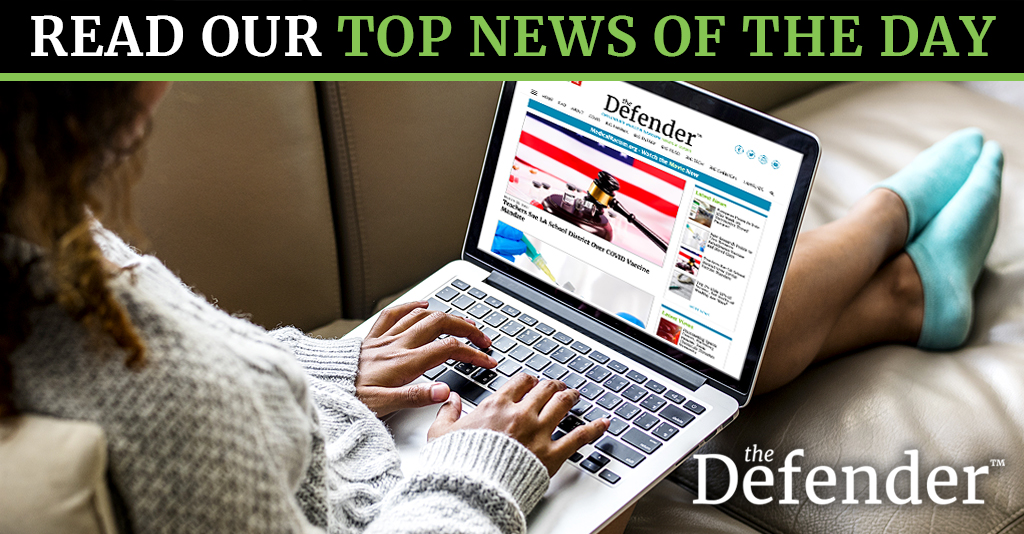 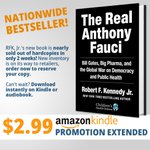 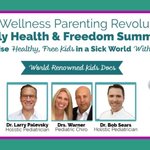 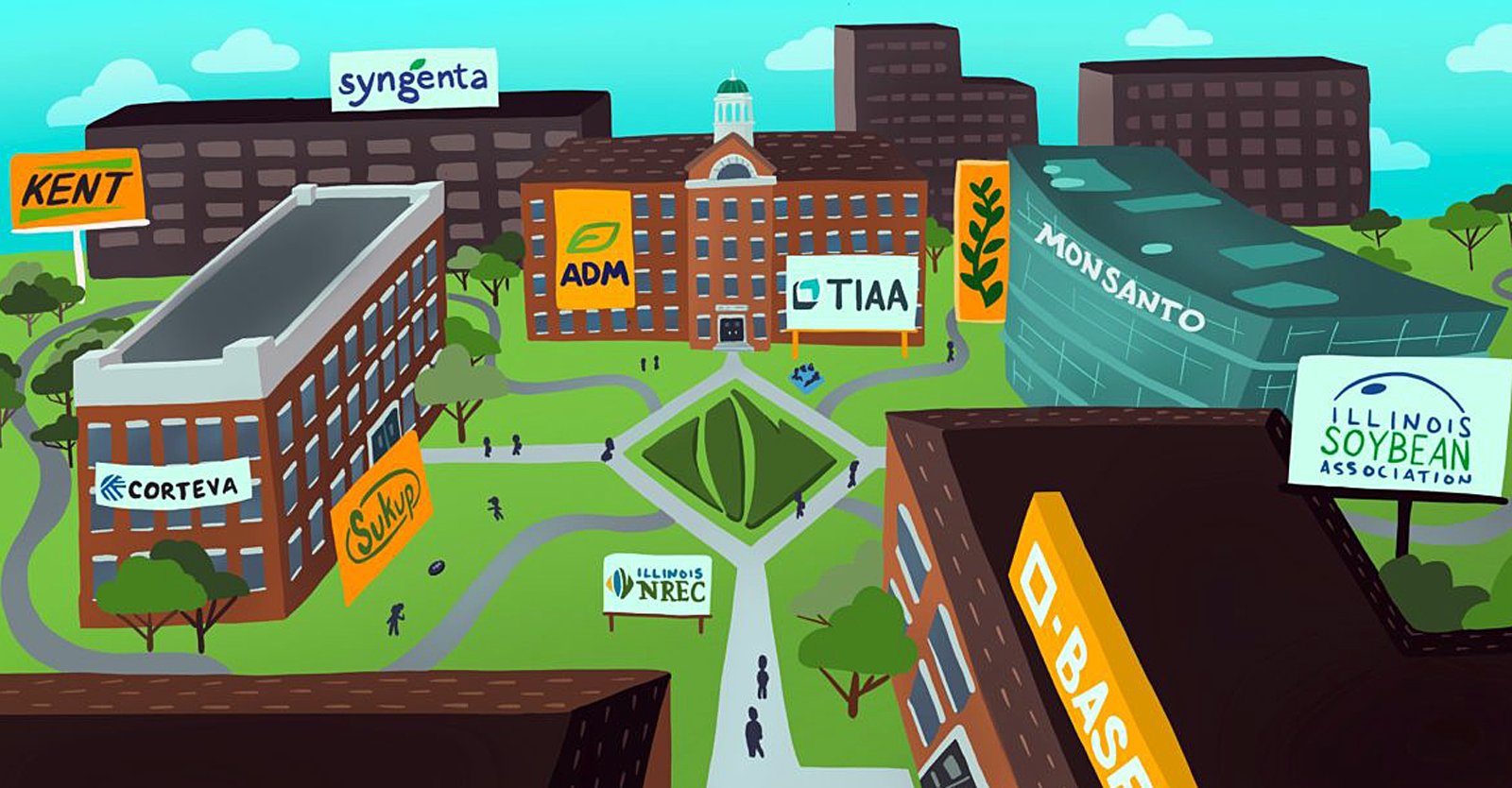 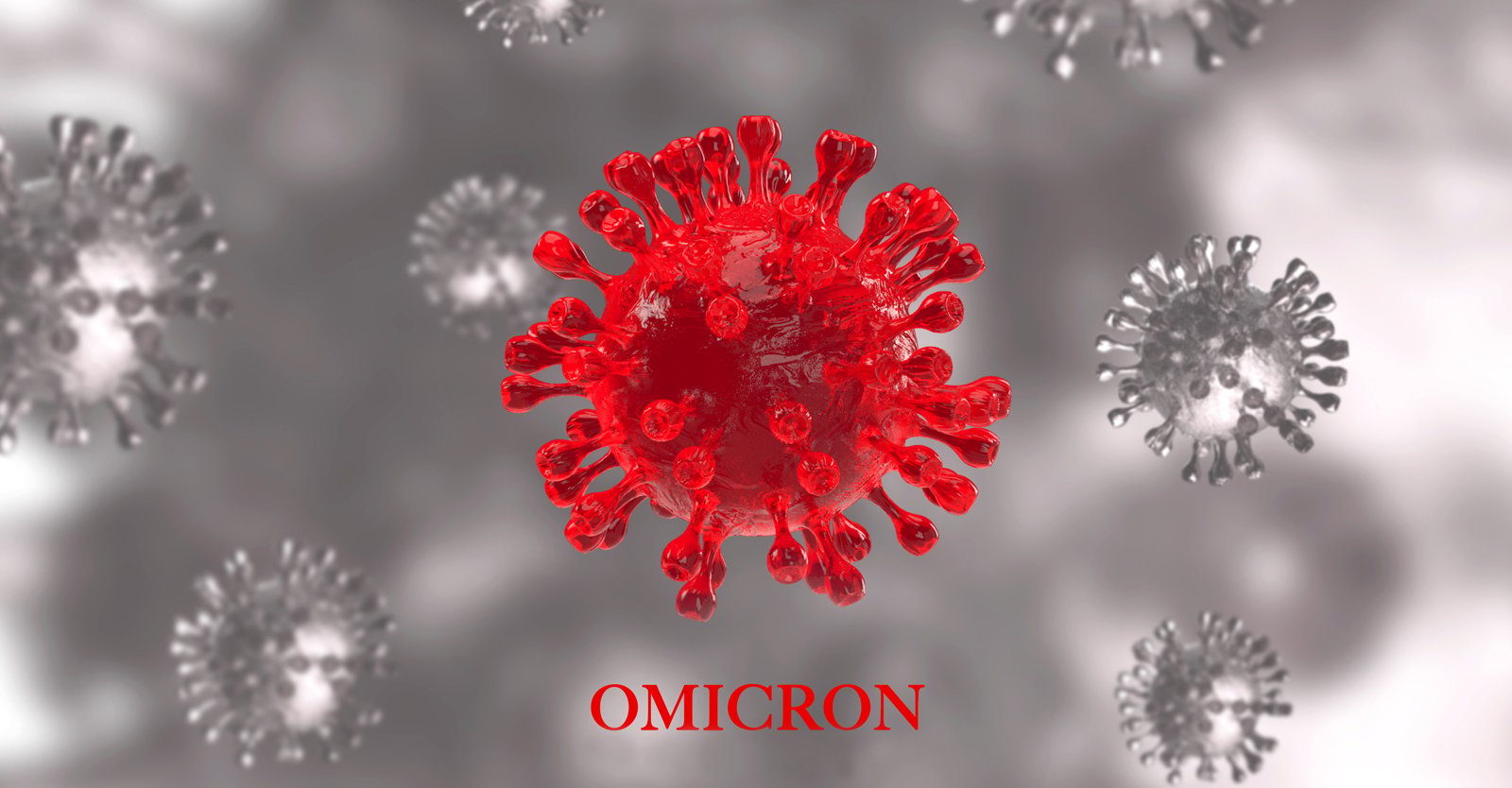 There may be a need for endless COVID booster shots according to Moderna Chairman Noubar Afeyan.

“It may well need an annual booster, potentially varying on a year-to-year or every few years basis as the virus varies,” Afeyan told Fox Business host Maria Bartiromo.

“We just don’t know how this virus is going to travel from being a pandemic all the way to potentially an endemic virus we have to get used to living with,” he said.  “I think if we end up there, there will be a continuous need for boosting,” he added.

Three People Accidentally Given COVID Vaccines at Military Base

The United States Army has launched an investigation into reports that three people were accidentally given the coronavirus vaccine at a Washington state military base.

“Joint Base Lewis-McChord is aware that three people were inadvertently administered the Pfizer COVID-19 vaccine instead of another vaccine at the Lewis Main Exchange,” Lt. Col. Joey Sollinger with I Corps Public Affairs told the Military Times.

Sollinger added that “positive corrective action has been taken at this vaccination site to prevent such errors from happening again” adding that an investigation has been launched.

A U.S. Food and Drug Administration panel voted to endorse the Pfizer vaccine for children ages 5 to 11 Tuesday and parents in the Miami Valley are reacting to the vote.

Though the decision was unanimous, some members of the panel voiced concerns over myocarditis, a rare vaccine side effect in teens and young adults that causes heart inflammation. “I think we have to very carefully monitor the safety profile of this vaccine going forward,” FDA Advisor Dr. Cody Meissner said.

Some parents said their kids won’t be getting the vaccine if it’s authorized due to it being new and seeing things like breakthrough cases.

Why Won’t the CDC or FDA Reveal the VAERS URF?

Summary: The Vaccine Adverse Event Reporting System (VAERS) underreporting factor (URF) is required information to be known for any risk-benefit of assessment of a vaccine. The fact that this number was never calculated by the FDA or CDC means that all the safety recommendations to date have been by guessing. This has resulted in the needless loss of life of well over 150,000 Americans.

For example, if you report an adverse event in V-Safe, the app they told you about when you got vaccinated, you are told to file a VAERS report. It is essentially the mother of all adverse event reporting systems for vaccine events in the U.S. There is nothing more comprehensive than VAERS. The most important thing to know about VAERS is that it is always underreported. This is widely known.

The U.S. Centers for Disease Control and Prevention (CDC) said in updated COVID-19 guidelines this week that some immunocompromised people may need a fourth dose of the vaccine.

New York City Mayor Bill de Blasio says COVID-19 vaccines could begin being administered to kids ages 5-11 early next month if federal health officials grant emergency use authorization of the Pfizer shots for that subset in the coming days.

A key step in the authorization process happened on Tuesday. The FDA’s Vaccines and Related Biological Products Advisory Committee reviewed Pfizer’s data and heard from regulators in an all-day meeting on the vaccine’s safety and efficacy before voting on whether its benefits outweigh any serious potential side effects in children. After the lengthy review, the panel voted to endorse Pfizer’s COVID vaccine for 5- to 11-year-olds.

The childcare business has for years operated in a broken, paradoxical market: low wages for workers and high costs for consumers. Yet the critical service somehow managed to limp along.

Now, the pandemic has made clear what many experts had long warned: The absence of reliable and affordable childcare limits which jobs people can accept, makes it harder to climb the corporate ladder and ultimately restricts the ability of the broader economy to grow.

When the Centers for Disease Control and Prevention added mood disorders to the list of conditions that put people at high risk for severe COVID-19 recently, clinicians were not surprised. The mind-body connection, they say, is long-settled research.

But the scientific seal of approval is still critical: It makes millions of people eligible for booster shots based on their mental health diagnosis alone and gives vulnerable groups more reason to protect themselves.

The CDC on Oct. 14 added “mental health conditions” to a long list of mostly physical conditions that make someone likely to be hospitalized, need a ventilator or die of the coronavirus, including cancer, diabetes and obesity.

Pharmaceutical company Merck agreed to allow other drug makers to produce its COVID-19 pill, in a move aimed at helping millions of people in poorer countries get access to the potentially life-saving drug, a United Nations-backed public health organization said on Wednesday.

The Medicines Patent Pool said in a statement that it had signed a voluntary licensing agreement for molnupiravir with Merck and its partner Ridgeback Biotherapeutics.

The Shifting Sands of ‘Gain-of-Function’ Research

In Greek mythology, the Chimaera was a fire-breathing monster, a horrifying mishmash of lion, goat and snake that laid waste to the countryside. In 2015, virologists led by Ralph Baric at the University of North Carolina in Chapel Hill reported the creation of their own chimaera.

They took a version of the coronavirus responsible for the deadly outbreak of severe acute respiratory syndrome (SARS) in the early 2000s — now known as SARS-CoV — and adorned it with surface proteins from a different coronavirus taken from Chinese horseshoe bats.

In the laboratory, this particular mash-up was able to break into human cells and also make mice ill. This chimaera came with a message: other coronaviruses have the potential to spark a human pandemic. In just a few years’ time, that warning would prove prescient, as a distant cousin of SARS-CoV has now killed more than 4.9 million people worldwide.

51,007 Total Breakthrough COVID Cases Reported in Massachusetts, Which Is 1.08% Of Vaccinated People

The number of breakthrough COVID cases in Massachusetts increased by 3,078 this week.

On Tuesday, the state released its weekly report on the number of cases in vaccinated people.

The cumulative count this week was 51,007 people, which is just 1.08% of the 4.7 million people in Massachusetts who are fully vaccinated.