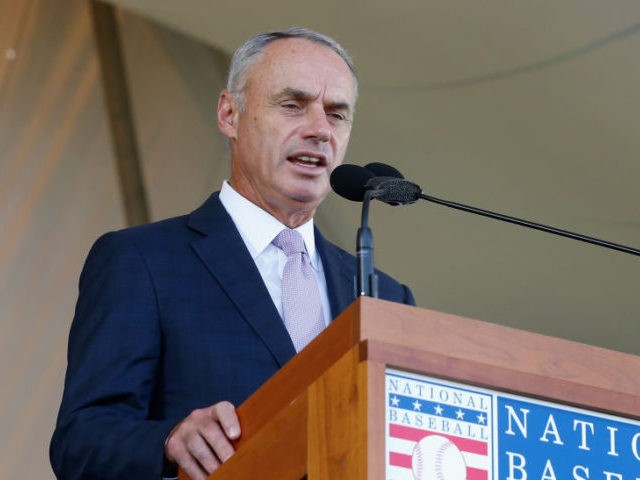 A majority of Democrats agree with Major League Baseball's (MLB) political decision to pull the All-Star game and Draft from Atlanta.

The unionization vote by Amazon Workers in Alabama was supposed to be their real chance to unionizing. Biden got involved and endorsed the move. The Dem party got involved.
Workers overwhelmingly rejected unionization by 71%-29% not to join the union. Amazon Workers in Alabama Vote Against Forming a Union

The defeat of the warehouse-facility union drive hands the tech giant a victory in its biggest battle yet against labor organizing, after a campaign t... 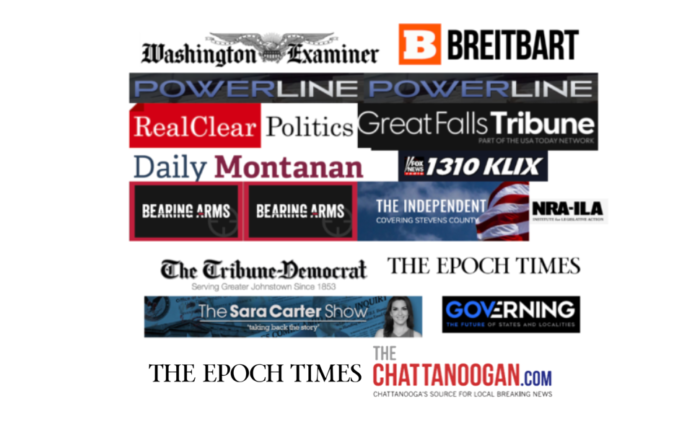 . . . John R. Lott Jr., former president of the Crime Prevention Research Center, argued in an op-ed that the reasoning behind Biden’s gun control agenda is flawed.

“Far less than 1 percent of guns are ever used in crimes, suicides, or accidents, and when they are, it’s virtually always the result of the user’s actions,” he wrote, arguing that plenty of other products are used to commit crimes, including cars and computers, or are associated with accidental deaths, such as swimming pools.

“Many other products, such as motorcycles, have much higher probabilities of causing harm. The death rate per motorcycle is 0.05 percent; the death rate for guns is 0.008 percent,” a figure that, in addition to homicides, includes accidental deaths and suicides.

“Guns are also used defensively about 2 million times in the average year, according to the FBI. Will government reward gun makers when their products are used to save lives?” Lott said.

a very smart man who I am thinking knows more about firearms than anyone now in government, wrote a very factual opinion piece that appeared in the Epoch Times (www.epochtimes.com). The article written by John R. Lott was first generated byRealClearWire, an informational media site overseen by RealClearFoundation.com). John Lott is the founder and former president of the Crime Prevention Research Center in Washington, D.C. . . .

After citing the benefits blacks derive from a “Stand Your Ground” law, Lott noted, “Blacks are disproportionately affected by rules that make self-defense more difficult.”

Berglee too offers up information about the student population on college campuses. He points in part to a 2015 report from John Lott and the Crime Prevention Research Center stating those who hold permits “are extremely law-abiding,” and the revocation rates for college-age permit-holders is low.

The report concludes: “There is little reason to worry about young adults carry (sic) concealed handguns.”

Lott cites his own controversial book in the footnotes, “More Guns, Less Crime,” first published in 1998. . . .

Economist John Lott, co-founder and former president of the Crime Prevention Research Center and author of numerous academic and popular publications on the topic, argues that increased gun ownership is associated with less crime – not more.

Lott’s recent Epoch Times article “The Flawed Thinking Behind Biden’s Gun Control Bill” points out that it is poor people in the highest crime areas who benefit most from owning guns, and that rising costs resulting from making gun makers legally liable for their misuse by criminals would make them unaffordable for those individuals.

John Lott, Director of the Missoula based Crime Prevention Research Center, published an opinion piece in Town Hall on February 10 stating that President Trump was not lying about voter fraud, a major piece of his second impeachment trial.

Citing numerous examples, Lott laid out his argument that President Trump was justified in claiming there was voter fraud in the 2020 Presidential election, including how election observers were deliberately kept from their tasks.

“You go back over past elections, it’s really hard to go and find any election where observers were excluded from watching the actual ballot counting as systematically across many places, as we saw in this election,” said Lott. “You have to ask yourself why Democrats who controlled those counties would go to such extremes to make it so that observers couldn’t observe. You know, even when they would try to pull out binoculars to try to watch the ballot counting from 25 feet away the binoculars were either taken away from them, or they were removed from the room at that point.”

About 30 state capitols employ metal detectors, according to the National Conference of State Legislatures. Spokesperson Mick Bullock would not elaborate, citing security concerns. On the flip side, according to the Crime Prevention Research Center, a pro-gun research group, about 20 capitols officially allow carrying legal firearms inside. . . .

Another organization, the pro-gun Crime Prevention Research Center, estimates that about 20 state Capitols allow carrying firearms in some fashion, according to a recent post by Stateline, a news service of the Pew Charitable Trusts.

State House Speaker Laurie Jinkins, D-Tacoma, said she is concerned about the Washington Capitol’s current policy of allowing guns in the House chambers, but hasn’t considered whether it’s time to adopt new rules banning firearms inside.

In the state Senate, a change to the rules surrounding guns isn’t under consideration right now, according to the office of incoming Lt. Gov. Denny Heck, a Democrat who will preside over the chamber. Phil Gardner, Heck’s chief of staff, noted that most legislators won’t be at the Capitol much this year anyway due to COVID-19 restrictions.

The study by economist John R. Lott Jr., noted for his statistical analysis of guns in America, called into question the victories declared for Biden in Pennsylvania and Georgia and cast a cloud over those in Nevada, Arizona, Michigan, and Wisconsin. . .

Lott, quoted often by Secrets on gun issues, and recently named a senior adviser for research and statistics at the Office of Justice Programs, presented his report as an independent model that shows the potential for fraud and other voting problems that should be considered as courts sort through suits challenging the election results. . . .

So, did the Democrats steal the presidential election, or not? I don’t know the answer to that question. No one does. A number of statistical analyses have been done, which on their face suggest large irregularities. I wrote about one such analysis, by John Lott, here

John R. Lott Jr. argues that holding gun makers and sellers liable for misuse of weapons they sell is like being able to sue computer manufacturers for hackers’ crimes.

Voter fraud is a large and growing problem in the United States, and there is good reason to think that it exploded in 2020 on account of (among other things) unprecedented numbers of mail-in ballots and deliberately lax controls in many states. John Lott has now produced a statistical analysis that suggests substantial voter fraud in Fulton County, Georgia and Allegheny County, Pennsylvania. Lott’s conclusion is that his analysis suggests a total of more than 55,000 fraudulent votes in those two counties. You can read Lott’s paper here. His statistical calculations are laid out in detail, and you can evaluate them for yourself.

Lott’s method is simple and rather elegant: he compares absentee votes in precincts in Fulton County, for example, with adjacent precincts in neighboring counties. He also controls for demographics. Since voting is done at the precinct level, while counting was done at the county level, and since there is no evident reason why precincts across the street from one another should show significantly different results, the approach makes sense. . . .

Dr. John Lott is apparently back at the Crime Prevention Research Center after a brief stint as a senior analyst in the Department of Justice’s Office of Justice Programs. The longtime Second Amendment researcher and academic has a new op/ed at Newsweek today, arguing that anti-gun activists should not be allowed to weaponize the riot at the U.S. Capitol to advance their own agenda.

Specifically, Lott notes that gun control groups like Everytown for Gun Safety are demanding bans on open carrying of firearms as a result of the riot, even though guns weren’t prevalent among those arrested for their part in the riot. As Lott says, the gun control movement is hoping to use fear, not facts, to advance their agenda. . . .

As for the gun-free zones themselves, as Dr. John Lott has pointed out, there’s simply no evidence that depriving law-abiding gun owners from carrying a firearms does anything to make anyone safer. Conversely, there’s quite a bit of evidence that those with murderous intent are perfectly comfortable in ignoring the “no guns allowed” signs. Take this piece from Lott in November of 2018.

An economist named John R. Lott, Jr. suggests in some swing state counties the number of precinct votes were greater than the number of voters registered.

“There is no evidence of voter fraud,” is a common refrain from reporters, liberals and even some Republicans.  The statement is an absolute and is false.  When you point out this the response then shifts to there wasn’t nearly enough fraud to influence the outcome.  If the first statement is inaccurate and designed to silence debate, then could you ask what other possible lies are being spread?R

And, yet when an election of our president is tainted by hundreds of thousands of alleged voting irregularities (Trump advocate John Lott’s data for example), we are suddenly gun shy?

“Claim is @joeBiden banished troops in DC to parking garage when they weren’t on guard b/c he felt the troops had disrespected him by turning their backs on him,” tweeted Crime Prevention Research Center President John Lott Jr. after the clip went viral. “Others say they were facing out away from the entire motorcade b/c any threat to it would come from outside the road.”

A new voter fraud study by economist and political commentator John R. Lott Jr. suggests that there were 289,000 “excess” votes in states where Joe Biden’s victory was only slightly higher than President Donald Trump’s and that the differences in votes were “suspicious.”

Such legislation is always aimed at inconveniencing gun owners rather than improving public safety. In his book More Guns, Less Crime, Economist John Lott noted that “the presence or length of the training periods typically show no effect on crime…” and “there is no doubt that longer training requirements discourage some people from getting permits.”

John R. Lott Jr. spotlights plot lines in network crime dramas that fly in the face of gun crime statistics, but which align with messaging from the new administration.

The Use Of Machine Guns On Television Shows Never Stops: ABC’s The Rookie

UPDATE: The false narrative of white supremacists doing mass public shootings: Racial, Gender, Religious and Political views of these killers from 1998 through March 2021

FiveThirtyEight Summarizes the Dominant Ideas in the Democratic Party on Policing

The Use Of Machine Guns On Television Shows Never Stops: NBC’s Chicago PD

The use of machine guns on Television shows never stops: NBC’s The Blacklist