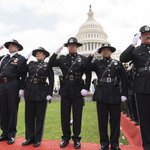 Questions the #January6thcommitee will never answer: 1. Why was it necessary to use lethal force on Ashli Babbitt? 2. Why did police let protesters into the Capitol and not demand they all leave? 3. What was the FBI’s role in planning and carrying out the Capitol incursion?

People forget that the battles of Lexington and Concord (the shots heard round the world) were fought over the British trying to confiscate Americans’ arms. 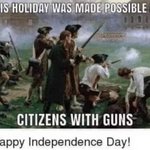 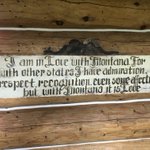 Some gun rights activists dispute the Gun Violence Archive’s data collection methods. John Lott, president of the Crime Prevention Research Center, criticized the group’s reliance on media reports and highlighted a study by the Justice Department that found the rate of gun victimization declined from 2019 to 2020. . . .

For those of us who have read John Lott’s excellent 1998 book, “More Guns, Less Crime,” this is old news. We know that in it, Lott covered the fact that in the US the so-called “hot burglary” rate is much lower than the “hot burglary rate” in gun-grabbed England.

“Hot” burglaries are those in which criminals break into homes without “casing” them to see resident patterns and, as a result, use that knowledge to enter when the resident is away.

In the US, burglars are much more likely to “case.” Why?

John R. Lott Jr., founder of Crime Prevention Research Center, said in a “Critical American Elections” speech on September 20, 2021: “The U.S. is an outlier among the world’s democracies in not requiring voter ID. Of the 47 countries in Europe today, 46 of them require government-issued photo IDs to vote.”

Wealthy and predominantly white neighborhoods have experienced the sharpest upticks in a wide array of crimes, according to an analysis conducted for RealClearInvestigations by criminologist John Lott of the Crime Prevention Research Center. . . .

Lott’s analysis (data here), which correlates census and LAPD crime statistics for the period January 2019 to January 2022, also reveals that those neighborhoods now account for much greater shares of the total number of crimes committed in Los Angeles. It shows that the richer and whiter the area, the greater the increase in both raw crime totals and percentages of total city crime.  This includes a wide range of felonies, from robbery, burglary, shoplifting and car theft to aggravated assault and rape. Although poor and minority neighborhoods still experience the largest total number of crimes, including violent crimes such as murder, the shift to relatively safer neighborhoods is pronounced.

While the total number of rapes fell in Los Angeles during the 37-month period studied, their share spiked in predominantly white neighborhoods – rising 18.2% in neighborhoods where they comprise 81% to 100% of residents.

Lott also found that while the number of reported robberies across the city has fallen slightly, the share of total crimes increased sharply in wealthier and whiter zip codes, rising by 11.8% annually over the 37 months in the most heavily white neighborhoods.

Fear is more pronounced than ever in posh areas, according to several Angelenos familiar with the turf of the rich and famous. This is evidently in part because the fancy wheels often seen on the streets of Beverly Hills, Brentwood, or other upscale communities have also been the prime targets of thieves, Lott’s analysis indicated. . . .

An economist and gun policy researcher, John Lott, told the Sun he was skeptical of attributing any rise in the rate of homicides — with a handgun or otherwise — to the expansion of concealed carry, saying “permit holders tend to be extremely law-abiding,” with low arrest rates for firearm-related offenses.

The District of Columbia provides an inconvenient example for advocates of gun control. In 2019 the district had 19.20 murders per 100,000 people in spite of its strict gun control laws.

Mr. Lott predicted that a more liberal concealed carry law would make New Yorkers safer if the state made it easy to acquire a permit.

He argued that an expansion of concealed carry, without the implementation of prohibitive fees, would benefit poorer, mainly black communities in New York’s cities as a deterrent to crime.

Criminologist Gary Kleck and economist and gun rights advocate John R. Lott Jr. are often quoted on the subject. Both rely on surveys regarded as highly flawed to claim that more than 2 million gun-use deaths occur each year. Yet reputable analysis put such deaths at around 2,000 a year, not 2 million.

Steven J. Sainbury, “Thinking of buying a gun for self-defense? It’s a deadly decision,” The Chronicle (Eastern Connecticut), May 2, 2022.

“More Guns, Less Crime”, by Professor John Lott. Professor Lott conducts a detailed analysis of crime statistics in a cluster of midwestern states, finding that those states legalizing “concealed carry” see a drop in violent crime, while neighboring states see an increase. Apparently, criminals move their activities to a location where they have a better chance of success. . . .

Criminologist Dr. John Lott of the Crime Prevention Research Center examined how the locations of crime have changed during 2019 to 2022, using Los Angeles census and crime statistics. In that city, “the richer and whiter the area, the greater the increase in both raw crime totals and percentages of total city crime,” including violent felonies. “Although poor and minority neighborhoods still experience the largest total number of crimes, including violent crimes such as murder, the shift to relatively safer neighborhoods is pronounced.” For instance, the trend for robberies during the study period indicated that, while the overall rate in the city dipped slightly, it increased significantly in wealthier areas. A 9.7% annual increase occurred “for zip codes where the median house was $1 million to $1.5 million, and 15.2% for zip codes where the median house was $1.5 million to $2 million.” Other kinds of theft, rape, and aggravated assault crimes followed a similar pattern.

On One America News: Supreme Court ruling in N.Y. gun case a clear victory for 2A rights