No Progress In Turkey's Talks With Sweden, Finland On NATO As Delegations Return Home https://www.zerohedge.com/geopolitical/no-progress-turkeys-talks-sweden-finland-nato-delegations-return-home

"Bankruptcies Need To Happen": Elon Musk Says Economy Is In For A Necessary "Rude Awakening" https://www.zerohedge.com/markets/bankruptcies-need-happen-elon-musk-says-economy-necessary-rude-awakening

In the wake of George Floyd’s death and the subsequent protests/riots calling for “defunding the police,” Democrats have started targeting police unions, saying they are obstacles to accountability and reform. Do they realize that the same can be said of teachers’ unions? 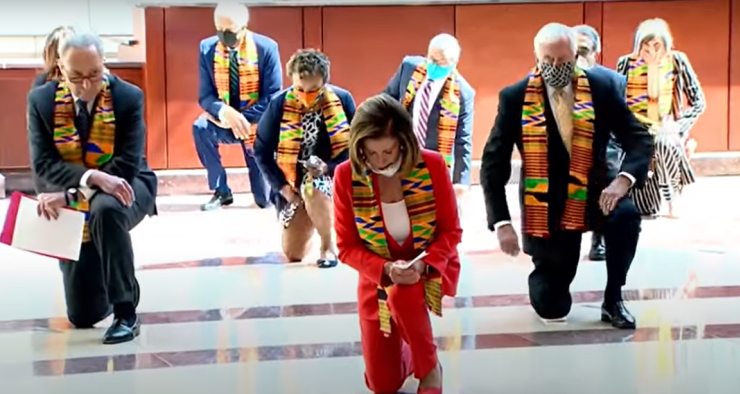 In a recent interview about reforming the police in his city, Minneapolis Mayor Jacob Frey said that:

“The elephant in the room with regard to police reform is the police union… We do not have the ability to get rid of many of these officers that we know have done wrong in the past due to issues with both the contract and the arbitration associated with the union.”

He said that it “sets up a system where we have difficulty both disciplining and terminating officers who have done wrong.”

Frey and Fletcher won’t get an argument from us. Like other public-sector unions, police unions serve mainly to fatten salaries and benefits at taxpayer expense, make it harder to fire bad employees, and then dump campaign cash on the same people they are “negotiating” with.

It was Franklin Roosevelt, of all people, who understood the inherent problem this arrangement poses, warning back in 1937 that “All Government employees should realize that the process of collective bargaining, as usually understood, cannot be transplanted into the public service.”

A Duke Law Journal study looked at 178 police union contracts and found that “a substantial number … unreasonably interfere with or otherwise limit the effectiveness of mechanisms designed to hold police officers accountable for their actions.”

“The greater the political pressure for reform, the more defiant the unions often are in resisting it — with few city officials, including liberal leaders, able to overcome their opposition,” the Times reports.

All this applies equally, if not more so, to teachers’ unions. Through the collective bargaining process, they’ve made it nearly impossible to fire a teacher, unless the school wants to spend roughly two years and $200,000 doing it, according to Stanford Professor Terry Moe.

Teachers themselves admit that this is a problem. A survey by NPR and Ipsos looked at the views of K-12 teachers across America, with roughly half members of teachers’ unions and half non-unionized. Among the findings: 62% of organized teachers and 64% of non-unionized teachers agreed that the unions make it harder to fire bad teachers.

A study by the Fordham Institute looking at what it takes to fire bad teachers found that “For the most part, state and local policies create a tortuous maze of paperwork, regulations, and directives. Teachers who receive years’ worth of ineffective ratings are given multiple chances for improvement and reevaluation, and a single procedural violation by the administration starts the process over again.”

Teachers’ unions are the biggest and most relentless obstacle to education reforms such as charter schools and education savings accounts that would put more control in the hands of parents and break the union stranglehold over public education.

But don’t expect Democrats to ever extend their reasons for hating police unions over to teachers, for the simple reason that teachers’ unions dump far more money on Democrats than police unions.

While police unions give heavily to Democrats, they also support Republican candidates.

“Police unions are very different. They’re very conservative, a lot of them are even Republican. They don’t have the same progressive beliefs.”

But teachers’ unions? In the past 28 years, they gave 96% of their campaign contributions to Democratic candidates. And they are huge contributors. In 2016, the American Federation of Teachers and the National Education Association gave $64 million in political donations.

The result: student test scores have stagnated while per-pupil costs continue to climb. Millions of children remain stuck in failing schools. But hey, it’s mainly a real problem only for those in poor, minority neighborhoods. Why would Democrats care about that?

Now that the public is opening its eyes to the harm done by one public-sector union, perhaps it will start to realize that being anti-teachers’ unions isn’t the same as being anti-education.