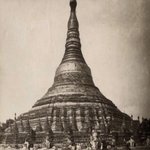 Humanity eats itself while a machine watches. Machine is an ultimate witness.

Demon Possession and the Targeted Individual

Do you believe the reports of targeted individuals (T.I.’s)? There’s plenty of evidence to prove they are real. Consider it the DARPA project of the American mind. Tragically, all victim reports are dismissed as psychological. The truth is too uncomfortable for society to face. I present two facts: 1.) Government mind programs are real and hide in plain site under the label of schizophrenia. 2.) Demon possessions are the misunderstood technology of ethereals.

It was a late Friday afternoon in January 2017. Esteban Santiago, age 26, walked ceremonially into the Fort Lauderdale International baggage claim. With clammy palms, he grabbed the grip of his handgun stuffed carelessly into his genitals. Esteban had been targeted by CIA for several years now. At this point, he was simply running their program. He was the only one in the airport who knew what was about to happen. Esteban heard his a bell toll as he unstuffed the instrument of destruction. He shot five strangers at medium-close range and wounding eight more. He wanted every shot to be efficient, courteous and deadly. After he spent the smoking chamber, Esteban got down on his knees like a defeated Samurai and waited. The voices in his head were gone. Hot wet blood pumped the fresh action through every artery and vein. His receptors were reborn in a whole new trauma. It gave way to a polar shift of chemicals. The CIA would no longer be the center of his universe. They would have to scream over the ringing in his ears. Esteban had graduated the T.I. program to a chance at life in prison.

Parkland School shooter Nicholas Cruz was a targeted individual. If you listen to the dispatch audio, the LEO’s knew Cruz by name, not description. He confessed the demons told him exactly what to do. Losing his mom doesn’t make you kill seventeen people in kevlar and a gas mask then walk to McDonalds. The physical stamina and eyewitness reports of multiple shooters makes it out of the question. Sadly, all T.I.’s are diagnosed as schizophrenic so no one has to believe the real story. Cruz and Esteban are both from the same Miami/Dade district. Both reported hearing voices in their heads. Esteban was convinced it was coming from CIA technology. Cruz was convinced it was coming from the devil. All of their crimes happened under the watchful eyes of Broward County Sheriff, Scott Israel and Debbie Wasserman Schultz. The same district that claimed an outbreak of Zika. Who do you call if a federal agency is targeting you and the local police are corrupt? How does one survive when no one believes you? How long do you believe yourself and at what point do we start listening to the voices? The mind breaks much sooner than we think.

Denver’s Scott Ostrem was a healthy eighteen years old with a hobby for fitness and camping. One night, he ingested sixteen doses of LSD at a party and dropped his psychic guard like a pair of pants. Each layer of identity melted like dead skin into puddles on the table. Every person at the party was concerned. They stood over the beached lifeforce of Scott marooned with no shields. None of them aware of the dangers their auras drip. Each of us bear epigenetic passengers clinging to our spines like hobos. These are the ethereal stowaways living in your DNA that we call demons. These spirits hovered over Scott’s exposed core and fed on his generous offering of free manna. Scott lost a lifelong battle he could have corrected with the right energy. He was never the same after that party. Scott grew reclusive through the years. He agreed to a demon exorcism from a priest. But an exorcism only creates more demons.  Scott became possessed in 1988. On Nov 1, 2017, he finally gave in. Scott casually entered a Walmart and shot three people at close range.

Waid Anthony Melton had been hearing muffled voices since he was 17. He was treated for schizophrenia. In 2018, while Waid was working at an Albuquerque warehouse store, he shot and wounded three people. The voices in Waid’s head told him he had telepathically instigated a shooting that occured a year prior. Waid’s employer owned another location in Texas. This is an example of how the archetypal demon possession can sympathetically resonate from Texas to New Mexico. Kristine Peralez, the Texas shooter Waid referenced, said her life had been threatened for over 15 years. She apologized in a premeditated confession video saying she had been pushed too far. She died after shooting and killing her manager and wounding an employee. Waid killed himself after six cell phone conversations with police. Both demons fed off the trauma echoes. There are new victims now carrying the same traumatic curse.

In September of 2013, less than two miles from the D.C. capital, Aaron Alexis a practicing Buddhist from Texas, shot and killed twelve people at the Washington Navy Yard. Alexis had been hearing voices through the walls. He had described it as portable microwave technology deployed against him. He changed his living arrangements several times and reported to the police that he was being followed. They were disrupting his sleep with radiation beams that could penetrate the ceilings and walls. They were sending voices into his head. He went to the V.A. for help on two occasions but was told the cause was psychological. This treatment cemented Aaron’s possession. The world locked Aaron in a room with the truth and no one could see it but him.

The FSU Shooter Myron May was a former prosecutor turned targeted individual. He resigned from a good job to work with private investigators to expose his attackers. May was hearing details about himself broadcast through his walls. They would tell him what he was doing and mock him. Just like Aaron Alexis, he was convinced it was some kind of energy weapon. And just like Esteban, his ability to sleep was under constant attack. A possession happens when our defenses are down. Like Scott on sixteen doses of acid. The energy body is a crucible of life. Ethereals are its parasites.

The Tennessee shooter, Emanuel Samson heard voices that convinced him he was linked to mass shooter Dylann Roof. Roof claims he was spurred by the Trayvon Martin incident. Roof inspired another shooter in Ohio via written letters. All of these shootings spread like an archetypal pathogen. Trauma demons can work like sleeper cells. The sympathetic vibration wakes up each victim like an undead zombie. Possessed Squirrel Hill shooter Robert Bowers listened to noises in his head that told him his people were being slaughtered and he had to act.

In 2012, Raulie Casteel shot twenty three cars along the I-96 corridor. He explained the purpose for the shooting, “was to get rid of the demons, so to speak, the fear, the anxiety.” Just like Esteban in the airport, Castell couldn’t take the voices anymore. For three years, men from the Army were stalking his movements with military helicopters and attacking him with advanced technologies. They caused his wife to miscarry twice and they were currently attacking their daughter.

All of the above cases can be attributed to a government black-budget operation or a personal possession by an archetypal ethereal (demon). Every case describes real events experienced by the shooter. Just because we can’t see them doesn’t mean they aren’t there. Many of these shooters report seeing demons, too. We should believe them. They are seeing trauma echo from the body’s DNA. What they call demons are ethereal vibration from epigenetic shock. Schizophrenics, mescaline users, and demon-whisperers all see the same reality – a world drenched in the ripples of unresolved pain.

Sound can be made into sound bullets and aimed like a laser. The human skull is a parabola dish antenna capable of reverberating electromagnetic waves. Low frequency ELF GWEN towers have been built across the country long before we read about 5G. Electromagnetic warfare is already a real thing. Voice-of-god technology has long been deployed in the desert. T.I.’s contact me privately on Twitter. They tell me their crazy stories and I am often left speechless. I struggle to tell them I believe them. I don’t want to lie. The story is hard to swallow. It makes the neighborhood a dangerous place. I tell them I am listening though. My gut reminds me a psychological gaslighting program would look exactly like this. If a T.I. confides in you, don’t lie to them if they ask if you believe them. Nothing causes more harm when you are being gaslighted then being lied to. They will feel more trust by you being honest. T.I.’s need honest desperately. Our world is full of lies. We are all targeted by the dissonance. We can all relate to their pain.

Targeting the body is done with energy, frequency and vibration. The same tools we can use to heal it. The body electric is a 3-piece band. Our lungs are its pipes. Our heart is its drum. The brain plays the strings. The body’s song stays between 1-16 cycles per second. We long to be in sync with each other. Any rhythm can be subtly influenced by non-sympathetic vibrations. We can be led by the discomfort and change our tune. Like the body, the Earth has these same three rhythms. The Schumann fundamental (7.83Hz) is the rhythm of her breath. We call the second order the rhythm of her heart (14.1Hz). The 3rd is the rhythm of her thought (20.3Hz). Imagine you controlling all three frequencies in your own body. Your breath, your heart, and your mind. You could tune your body in sync with Earth’s song. Your mind would pulse in the same frequency of thought. We are naked in the understanding of these waves. We are bastard children screaming our way through a darkened closet smashing into the back of the wardrobe. Demons are not fantasy. They are the technology of ethereals. We find them in the lab not in the realm of Narnia. Magic has always been out here in the real world. Our society simply pretends it isn’t there.

If you are a targeted individual I won’t tell you you’re not alone. The truth is you are and both of us know it. You have been abandoned by society’s fence. Your ball was kicked over into the woods and no one is coming to get it. I hear your story and see the pattern. I need you to feel empowered. You can stalk your own body and see the shadow of these demons. Survey the perimeter of your lifeforce like you inherited a new kingdom. Move your awareness over every part of your skin like a record needle. Survey the castle of your organs with the light of your attention and ceremony. If a demon is hiding, he will hide behind some convenience or utility. He will fill your pocket with rocks and offer to take your bags. Look for him where things are easy. Find him in the last place you’d catch yourself looking. Demons are a genetic technology. We are possessed and rendered helpless by it because no one taught us how to use it.

The post Demon Possession and the Targeted Individual appeared first on James True.

Demon Possession and the Targeted Individual