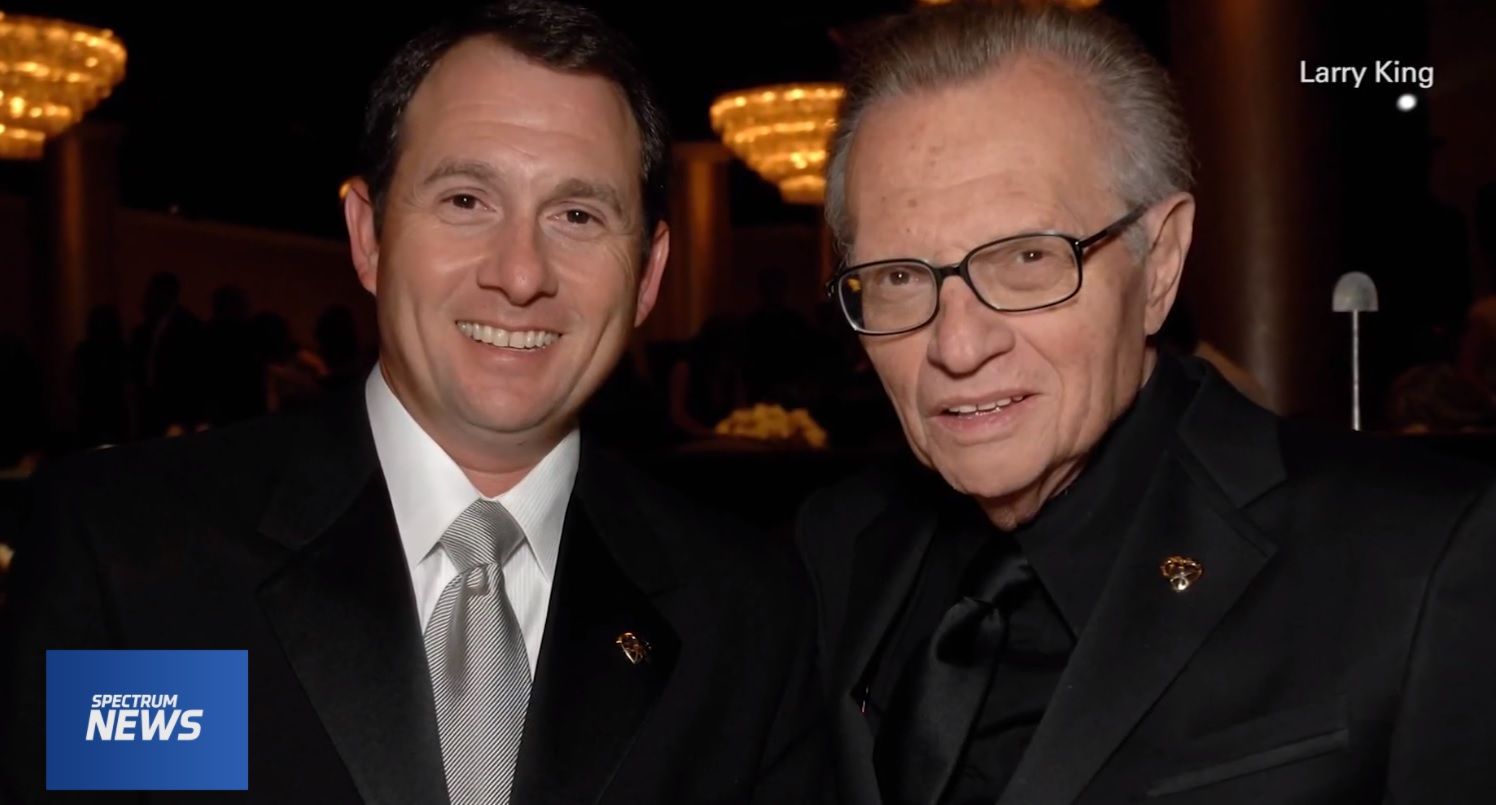 With the news that baseball legend Hank Aaron received the experimental Moderna mRNA injection about 2 weeks before his death at the age of 86, people are naturally inquiring as to whether long-time talk show host Larry King, who just died at the age of 87, also received one of the non-FDA approved experimental COVID mRNA shots?

Larry King had reportedly been in the hospital due to the fact that he had tested positive for COVID19.

I just wrapped an interview with my friend Larry King Jr. He tells me his dad @kingsthings is expected to fully recover from #Covid19 & will receive the vaccine before he is released from the hospital. 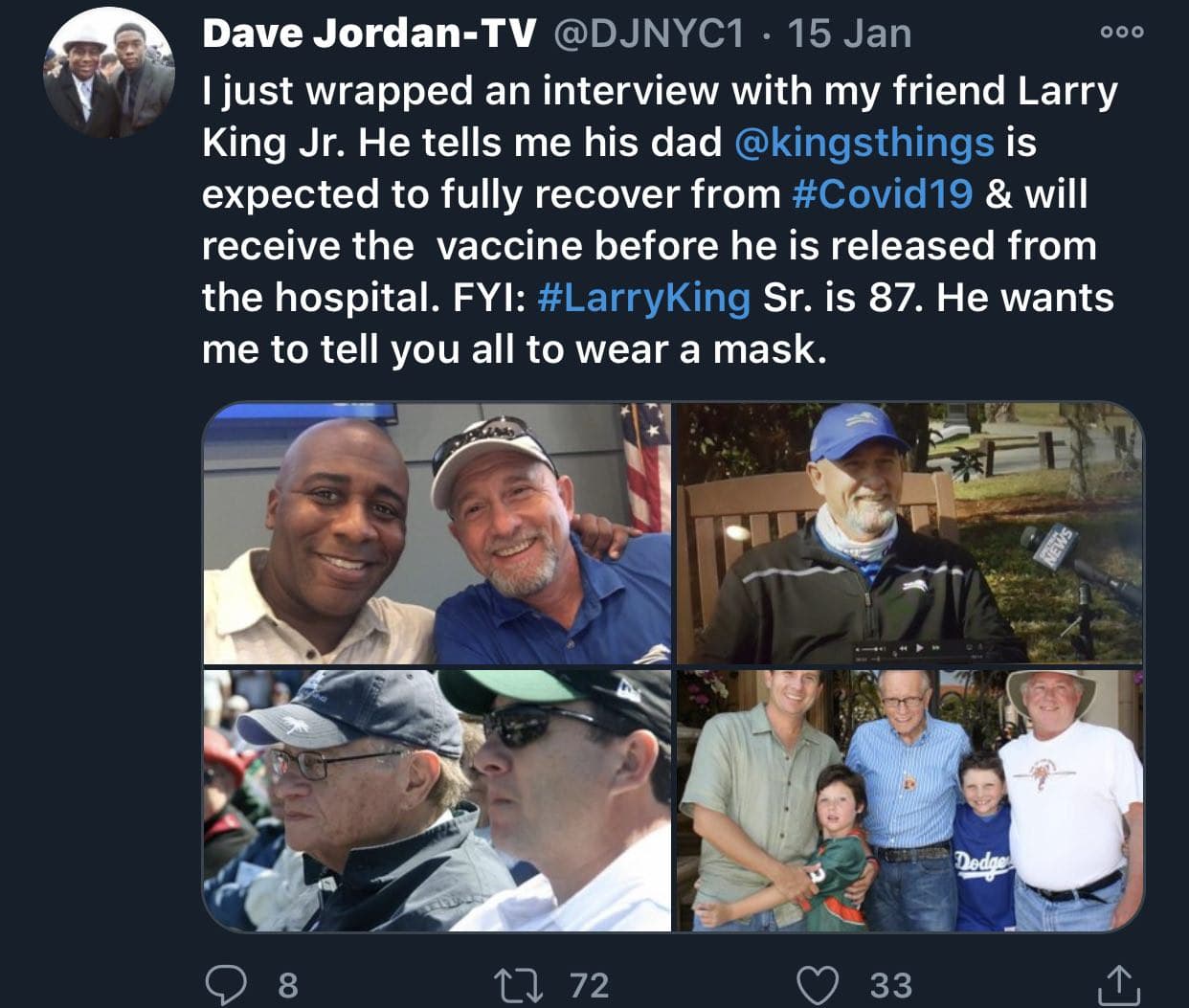 Dave Jordan then published an interview with Larry King Jr. on Spectrum News on January 20, 2021, where he reported:

Larry Sr. is 87 years and had several health challenges over the years and because of the virus, he was hospitalized for several days. King says his father is still in the hospital but is on the road to recovery.

“He’s getting all the protocols and knock on wood we’ll have him out in the next couple of days,” he said. (Source.)

So if he was still in the hospital on January 20, 2021 and “on the road to recovery” and set to be released in the “next couple of days,” but was also scheduled to “receive the vaccine before he is released from the hospital,” is it not a legitimate question to ask if he did indeed receive one of the experimental COVID mRNA injections?

Why is this information being withheld from the public? We already know that most of the deaths following the experimental COVID mRNA injections are occurring in people over the age of 80. (See list of stories below.)

We now have records of literally thousands upon thousands of people around the world dying shortly after receiving one of these experimental COVID mRNA injections, and yet so far Big Pharma and the Pharma-controlled corporate media is denying that any of these deaths are due to the injections.

How many more will die before the masses wake up and realize they are being lied to?

One thing seems certain: those with religious-like beliefs in vaccines seem to be headed to a major reduction in the world’s population for their faith in those vaccines.

181 Dead in the U.S. During 2 Week Period From Experimental COVID Injections – How Long Will We Continue to Allow Mass Murder by Lethal Injection?