Remember: stocks can drop 1% every day and they will be positive by the end of Biden's term. 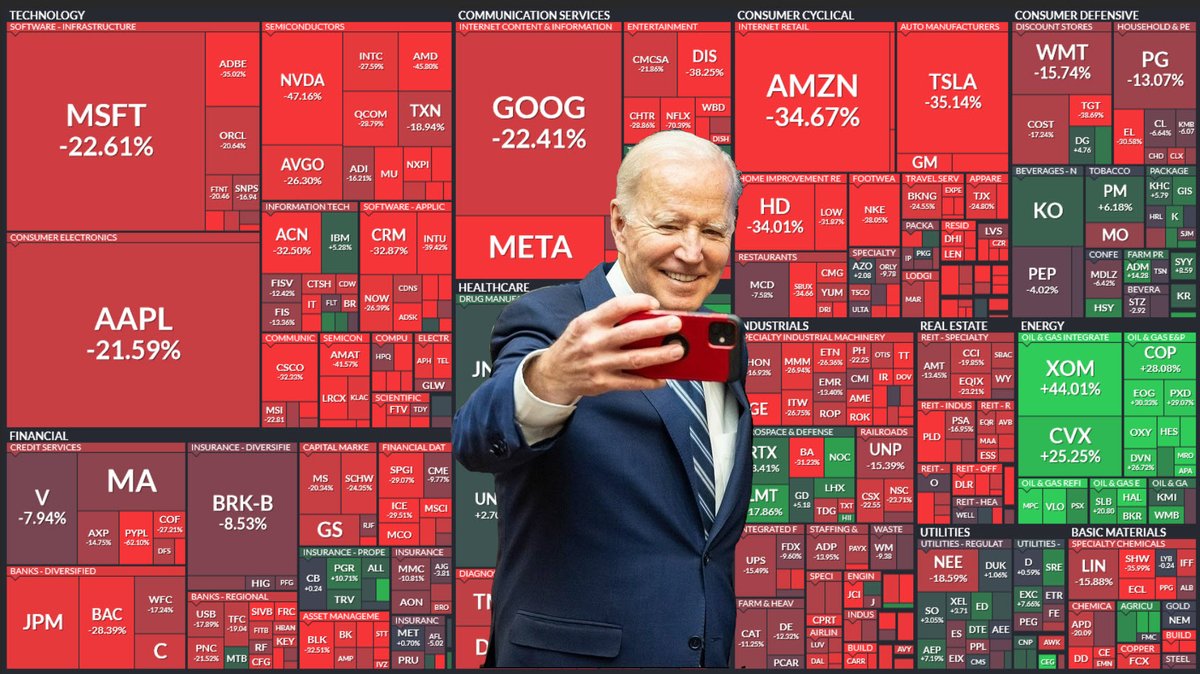 *TESLA QUARTER IS WORST EVER; AMAZON DROP IS DEEPEST SINCE 2001

*TESLA QUARTER IS WORST EVER; AMAZON DROP IS DEEPEST SINCE 2001 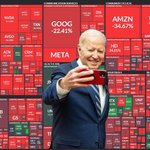 Distortion: The Most Deceitful Time In A Cycle Is The End

Authored by Sven Henrich via NorthmanTrader.com,

This week we entered the Sell Zone as I called it last weekend. Overnight today $ES hit nearly 3004 and is currently 23 handles lower on the news that the latest NFP report beat while unemployment ticked slightly higher. Whether the sell is now in full swing or more highs are still to come is an open question, after all it’s like arguing with drunks at the bar, you never know what they’ll do next and how far they take the binge. But note what we’re witnessing here is historic but not unprecedented.

The most deceitful time in a cycle is the end of a cycle. Unemployment is low & stock markets keep making new highs despite underlying signals showing reasons for concern which are largely ignored by investors, namely bond yields sinking, yield curves inverting, growth slowing, participation waning, internals weakening. And when that happens new highs may prove to be a great selling opportunity.

I submit we may be seeing all these things now, but perhaps even in a more deceiving manner than ever before.

Why? Because of central banks are desperately trying to extend the business cycle and are thereby distorting markets.

Let’s take note of some facts:

Stock indexes are not making new highs because of revenue and earnings growth. Quite the opposite, earnings growth is negative. The global growth picture is regressive. PMIs have overtly dropped into contraction territory, even in the US key indicators are showing negative growth, durable goods, construction spending, you name it and even employment growth is slowing which is typically what happens at the end of a cycle.

These data trends are reflective of the warning signs coming from the bond market. The German 10 year is -0.4%, The US 10 year has dropped to 1.95%, a full 40% collapse since the November highs (not a single economist had predicted that, they were all above 2.5%-3.5%) and we have inverted yield curves with $13 trillion in global negative yielding debt floating about. Q2 GDP looks to be around 1.3%-1.5% and the NY Fed Nowcast has Q3 GDP currently pegged at 1.2%.

None of these are signs of a healthy expanding economy a point I was trying to make this morning on CNBC:

So why new market highs? Because central banks are desperate to extend the business cycle by any means necessary and right now that is by jawboning markets with more easy money promises of rate cuts and QE, thereby distorting everything. Hence it is no accident that we are currently in a period of asset inflation in everything. Stocks, bonds, high yield credit, commodities, crypto, everything is flying higher. Without economic growth no less, it’s a miracle!

Being forced to cut rates here is an historic absurdity at this point in history and frankly a catastrophic policy failure.

Everything central bankers have promised in the past 10 years has turned out to be wrong:

The promised growth has never materialized. In fact this longest expansion in history is also the weakest. And it comes at a very steep price. 105% debt to GDP, highest corporate debt ever, most extreme wealth inequality since the Great Depression.  And now we’re running trillion dollar deficits again, the entire economy is held up by debt expansion subsidized by cheap money.

The Fed never met their inflation targets. The dot plot turned out to be a fantasy plot. And now they are looking to cut rates with only 225 basis points to work with at the end of the cycle.

They never normalized policies. For 30 years we’ve seen a consistent trend of lower highs in rates and lower highs in the Fed funds rate. Ever more debt and ever cheaper money is required to maintain the illusion of growth. Meanwhile global debt & wealth inequality have ballooned.  Now let’s do it all over again.

What are we doing here, but circling the drain whistling dixie? More cheap money and more debt are the go to solutions that haven’t worked before? And how absurd to want to see the Fed cut rates with unemployment at 50 year lows while running the loosest financial conditions since 1993.

And speaking of 1993, here’s a bit of a historical perspective:

Just to highlight how Fubar this all this:
We’re seeing the loosest financial conditions since 1993.
Back then Fed RAISED from 300bp to 600bp.
Now they want to CUT coming from a low 225bp with historic loose financial conditions still in place.
It’s asinine to cut rates here. pic.twitter.com/Gjzxn0QPpN

So yes, it’s historically absurd to cut rates here. But it reveals an observable truth: The financial system can’t handle the debt it gorged on over the past 10 years. In fact if the Fed were to pursue the 1993 path here everything would collapse. Heck, the ECB can’t even raise rates to get to ZERO or things would collapse. Why do you think it is that the 10 year German bund dropped to 0.4% on the news that Christine Largard would take over for Mario Draghi? Because she’s expected to be Mario on steroids, cutting even more. After all she once called negative rates a net positive for the global economy.

But hey, economists at the helms of central banks have failed to produce growth, now let’s the give the lawyers a shot, see how Powell and Lagarde legaleeze us through the mess with more rate cuts.

Be careful what you wish for. Fun historical fact: Each time the Fed has cut rates the unemployment was below 4% a recession soon ensued:

Fun historic fact:
Every single time the Fed cut rates when unemployment was below 4% a recession immediately ensued & unemployment shot to 6%-7%.
Again: Every. single. time. pic.twitter.com/OyV8lNkRwz

Now it must be acknowledged that, so far, the Fed and other central bankers have maintained control over equity markets. Dovish promises continue to work, hence we have new highs in market and bottoms are made every time someone like Mr. Powell gives an opportunely timed speech (see June).

Bottomline: We’re witnessing a battle for control between deteriorating fundamentals at the end of a cycle and central banks desperate to keep the business cycle going.

On the technical front we’re watching a multitude of indicators that lead us to believe that these highs may not be sustainable in the current environment and could prove to be a big selling opportunity (see Sell Zone).

One of these indicators is a technical pattern we’ve been tracking for a while, it’s called a broadening wedge, or megaphone, it shows $SPX making a series of lower lows and higher highs:

The premise: If the pattern confirms and fundamentals take control we may see equity markets follow the path that yields have already undertaken: Give back all their gains since the US election in 2016. Indeed the 10 year is already trading back at the levels last seen in November 2016:

What this suggests is that upside risk here is a move into 2990 – 3050 on $SPX and then macro downside risk into 2100-2200. Get a China deal and all this may be moot and delayed, indeed see a sustained move above $SPX 3050, then this setup may be void. But here too I hear a distorted narrative: One the one hand we’re told China tariffs are only a small piece of the global economy, on the other hand a China deal will solve all our problems. I’m sorry, but that’s called playing tennis without the net. But nonetheless there would likely be a relief rally nonetheless on an actual deal. So far we have talk, sometimes less, and sometimes more, seemingly a lot more when markets are down and Larry Kudlow quickly hits the airwaves to try to shore up some confidence as he is again today.

Distortion: The Most Deceitful Time In A Cycle Is The End