Are you more likely to homeschool than you were two years ago? 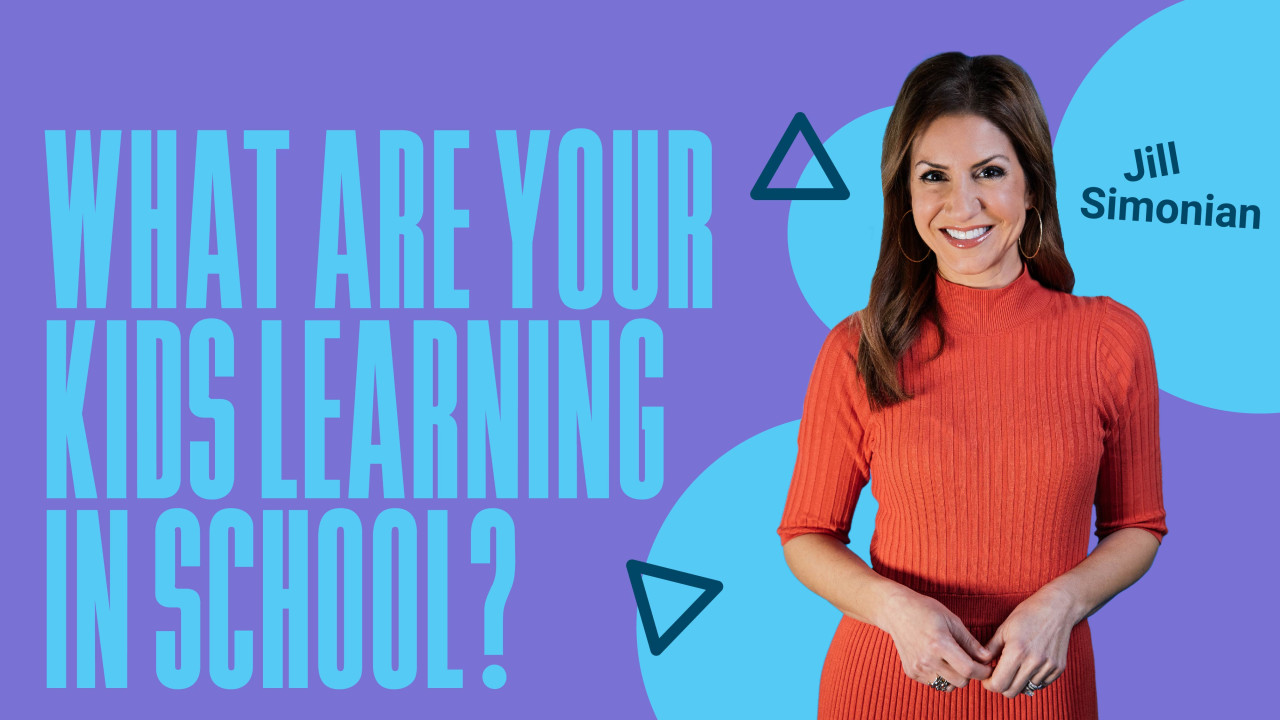 What Are Your Kids Learning in School? | PragerU

Has the leftist indoctrination so prevalent in college reached down into our elementary and high schools, too? If so, what can concerned parents do ab...

Overpriced universities aren’t for everyone. 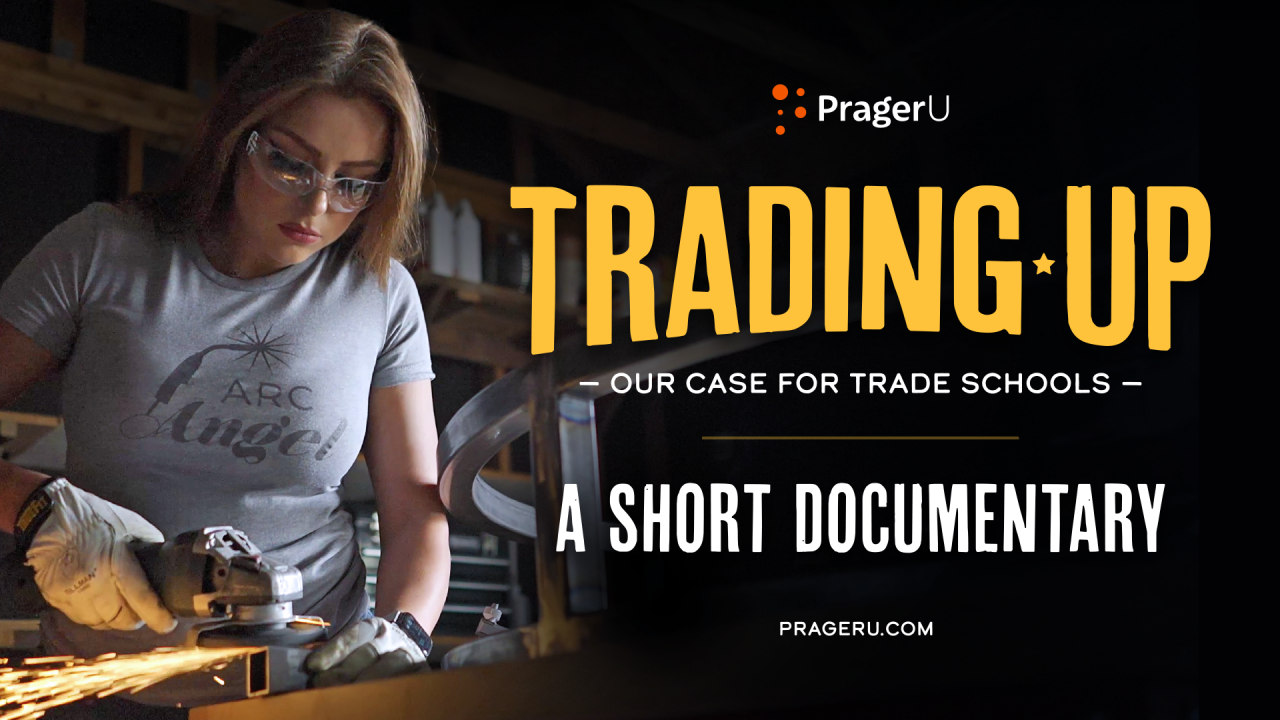 Trading Up: Our Case For Trade Schools | PragerU

Are universities the only ticket to a meaningful and financially rewarding career? Or is there another way? Opportunities in the trades are plentiful ...

Which city has suffered most from progressive policies?

The end of women's sports.

The most influential newspaper in the world doesn’t deserve your trust. That it pretends to be objective just adds to its dishonesty.

How many times have you heard that Israel "occupies" the West Bank? But have you ever asked yourself whether that’s true? Or even what it means? Eugene Kontorovich, professor of law at George Mason University, dives into these questions and uncovers some surprising answers.

PragerU is experiencing severe censorship on Big Tech platforms. Go to https://www.prageru.com/ to watch our videos free from censorship!

To view the FACTS & SOURCES and Transcript, visit: https://www.prageru.com/video/does-israel-occupy-the-west-bank

How many times have you heard that Israel "occupies" the West Bank?

Probably more times than you can count.

But have you ever asked yourself whether it’s true? Or even what it means?

Let’s do so now in the most objective way possible; that is, in the way that all territorial questions everywhere else in the world are resolved.

To do this, we must look at the law.

But first, we need a little history.

Up until 100 years ago, the areas now called Israel, the West Bank, Gaza, and all the countries around them—were part of the Ottoman Empire, which ruled over a vast area and many peoples. Neither the Jews nor those Arabs we now call Palestinians had a state, though the Jews had a nationalist movement calling for one.

Everything changed after World War I. The Ottomans fought on the losing side with Germany.  By end of the war in 1918, their empire had disintegrated, leaving the British and French in control of much of its territory.

In earlier times, the victors would likely have kept this land as colonies for themselves. But there was a new spirit of democracy in the air. The allies—including the British, French, and Americans—agreed that the former Ottoman lands should be allowed to become independent nation-states.

After the war, the nations of the world created the League of Nations, a precursor to the United Nations. Meeting in San Remo, Italy in 1920, they set up what was known as "the Mandate system." The colonies of the defeated powers—Germany and the Ottoman Empire—were converted into distinct geopolitical entities, which became the countries now known as Iraq, Lebanon, Syria, and Jordan.

None of this is controversial.

There was one other Mandate issued—the Mandate for Palestine. "Palestine" was merely a geographic label—the name the Romans gave the Jewish Kingdom of Judea after they conquered it. There was nothing exclusively Arab about it.

The Mandate provided that Palestine would become a "national home" for the Jewish people. There was a simple reason for this: the League recognized that Jews were the indigenous people of the area.

All the mandatory territories in the Middle East transitioned to statehood in the 30s and 40s, with Israel the last to do so, declaring independence in May 1948.

So, now we get to the legal stuff.

What were the borders of the State of Israel when it declared independence?

International law has a simple and universally applicable rule for determining borders.  It’s called the Uti possidetis juris principle (lawyers love Latin phrases). The rule provides that when a new country is created, its borders match the borders of the previous geopolitical entity in that territory.

For example, the borders of Ukraine, Latvia, and Azerbaijan are exactly what they were when they were parts of the Soviet Union.

Other considerations, such as demographics, are not taken into account—because without a simple, easily-applied rule, a new country’s borders would never be settled—a recipe for permanent conflict.

Applying this rule to Israel means that it had sovereign claims to all of Jerusalem, Judea and Samaria, and Gaza because those were its borders according to the Mandate of Palestine.

To be sure, the United Nations proposed a resolution in 1947 with different borders and a much smaller area for a Jewish state. But that resolution was a non-binding recommendation. Nothing more. It did not have the force of law.

We know what happened next.

Upon declaring independence, Israel was immediately invaded by five Arab armies, seeking to destroy it.

Israel survived, but Jordan managed to seize parts of Jerusalem, as well as Judea and Samaria, which it dubbed "the West Bank." All the Jews living in these areas were expelled—or, to use a contemporary term, ethnically cleansed.

Here we need to introduce another key principle of international law: a war of aggression cannot be used to change a country’s borders.

For the complete transcript visit: https://www.prageru.com/video/does-israel-occupy-the-west-bank

Children Should Not Choose Their Gender: An Unapologetic Special