Has the Merck Pharmaceutical Company Killed More People than the U.S. Military or Any Terrorist Organization?

Do we really want to trust such a company with this reputation with a Covid vaccine? 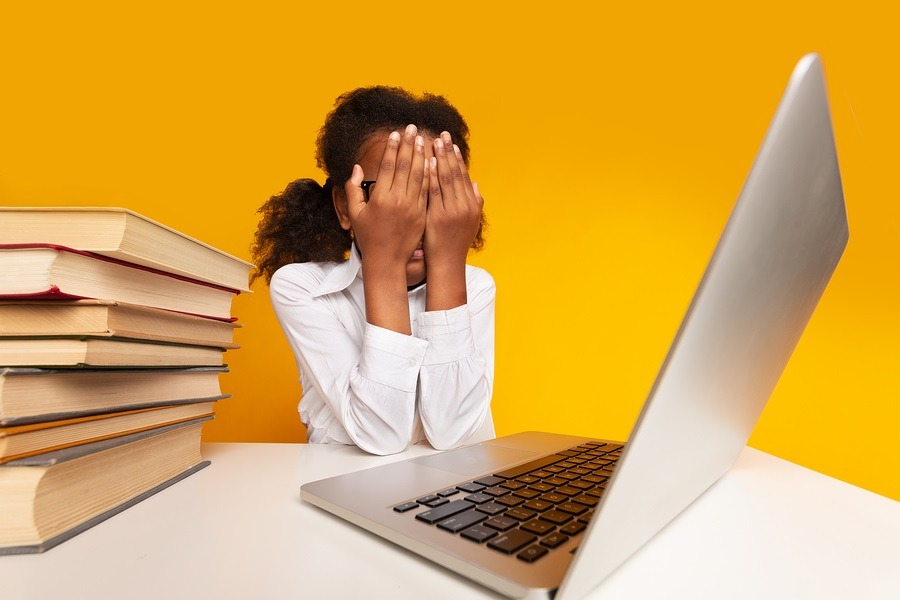 Are you a parent who just can’t handle the demands of your own work, the stress of coronavirus and educating your child from home while schools are closed?

If you’re middle-class you can get indulgence, sympathy and helpful hints. Your kids can “play Fortnite for the next eight hours.”

If you’re poor you can get a caseworker at the door investigating you for “educational neglect.”

All over America, parents are finding out just how hard it is to be a teacher – particularly when it’s your own child and everyone has to master new technology and new lessons at the same time.

The New York Times feels your pain. In a story filled with examples of middle-class parents struggling to cope – or even giving up – the story declares:

With teachers relegated to computer screens, parents have to play teacher’s aide, hall monitor, counselor and cafeteria worker — all while trying to do their own jobs under extraordinary circumstances. …

Kindergartners need help logging into Zoom. Seventh-graders need help with algebra, last used by dad circa 1992. “School” often ends by lunchtime, leaving parents from Long Island to Dallas to Los Angeles asking themselves the same question: How bad am I if my child plays Fortnite for the next eight hours?

If you’re middle class, not bad at all. In fact, you can give up entirely! Again, from the story:

The litmus tweet of the moment came from Sarah Parcak, an archaeologist at the University of Alabama at Birmingham.

“I told our son’s (lovely, kind, caring) teacher that, no, we will not be participating in her ‘virtual classroom,’ and that he was done with the 1st grade,” she wrote on Twitter in early April. “We cannot cope with this insanity. Survival and protecting his well being come first.”

Yes, that’s right – if you’re white and middle class you can announce to the whole world that your child is “done with first grade” and not have to worry. It’s similar to how middle-class moms can brag about using marijuana.

To the surprise of, I’m guessing, pretty much no one, whether its pot or education, it doesn’t work that way if you’re poor.

Shortly after New York City schools closed, I started hearing rumors that schools were actually calling in “educational neglect” reports on parents when their kids didn’t “show up for class” online – because, after all, every child living in poverty has immediate access to all the necessary technology, right?

And what could be better for kids and families in this time of stress than a caseworker from the city’s Administration for Children’s Services caseworker showing up at the door?

Thanks to some good reporting from Eileen Grench at the online news site The City, now we know: The rumors were true. From Grench’s story:

Joyce McMillan, family advocate at Sinergia and founder of the Parent Legislative Action Network, says mothers she works with in homeless shelters have been threatened by children’s school staff with a call to the child neglect hotline — even as they struggled to get diapers, much less share internet limited shelter hotspots.

“If we know this is the population of people that we’re working with,” asked McMillan, “why are you using informants if you know [families] can’t comply?”

The city’s Department of Education (DOE) says teachers and others are supposed to check first to see if the problem is lack of technology. But teachers are mandated reporters – subject to severe penalties if they don’t report. So it’s easier – for them – to just call in the report.

All this is on top of the fact that there is abundant evidence that “educational neglect” is so useless when it comes to finding actual child abuse, so harmful to children, families and to education, and so easily abused, that it probably should not even be something that can be reported to child protective services at all.

Read the full article at the National Coalition for Child Protection Reform.

Ghislaine Maxwell Arrested by FBI – Is She the Center of the Epstein Sex Trafficking Enterprise?

by Brian Shilhavy Editor, Health Impact News Ghislaine Maxwell was arrested by the FBI today on charges that she conspired...
liberty aggregatorJuly 2, 2020 at 1:11 pm.
MedicalKidnap.com

by Brian Shilhavy Editor, Health Impact News In what should be HEADLINE news coverage in every single major news organization...
liberty aggregatorJune 29, 2020 at 2:26 pm.
MedicalKidnap.com

COVID Increasingly Being Used to Medically Kidnap and Traffick Children

Dr. Fauci and the NIH’s History in Experimenting on Foster Children and Using Aborted Fetal Tissue to Develop an HIV Vaccine

Image source. by Brian Shilhavy Editor, Health Impact News We started our MedicalKidnap.com website back in 2014 to document the...
liberty aggregatorJune 19, 2020 at 1:37 pm.
MedicalKidnap.com

Dr. Theresa Deisher on the use of Aborted Fetal Tissue in Vaccines: Babies are Born at 5-6 Months Old Alive with Beating Hearts and No Anesthesia

Virginia Has Provided the Nation with the Template for Mandatory Vaccines: Democracy Sacrificed for Medical Tyranny

Comments by Brian Shilhavy Editor, Health Impact News Virginia has now provided the nation with a blueprint on how to...
liberty aggregatorJune 16, 2020 at 12:08 pm.
MedicalKidnap.com

by Brian Shilhavy Editor, Health Impact News It is very interesting that as I was searching for stock images to...
liberty aggregatorJune 12, 2020 at 2:49 pm.
MedicalKidnap.com

Image source. by Brian Shilhavy Editor, Health Impact News All across the nation parents have been cut off from their...
liberty aggregatorJune 9, 2020 at 2:35 pm.
MedicalKidnap.com

The Myth of Right vs. Left, Liberal vs. Conservative – Top 9 Myths Believed by BOTH Sides to Usher in a New World Order

by Brian Shilhavy Editor, Health Impact News I have previously written about how the events unfolding very rapidly before us...
liberty aggregatorJune 4, 2020 at 9:36 pm.
VIEW MORE POSTS
MedicalKidnap.com