BofA; : US payroll release has been highly risk-on event past 12 months 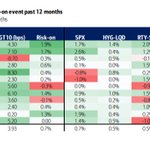 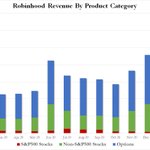 ICYMI: April Payrolls Preview: It Will Be A Blowout Number But Will It Be "Too Blowout"

Futures Rise Ahead Of Blockbuster Payrolls As Commodities Soar https://www.zerohedge.com/markets/futures-rise-ahead-blockbuster-payrolls-commodities-soar

El Nino conditions are quickly developing across the central and eastern equatorial regions of the Pacific Ocean, with meteorologist now indicating a high chance of development by December.

Warmer-than-normal temperatures for most of the country are expected, according to NOAA’s Climate Prediction Center’s official winter weather forecast released Thursday.

Current models show El Nino has a 70 to 75% probability of forming. “We expect El Nino to be in late fall to early winter,” Mike Halpert, deputy director of NOAA’s Climate Prediction Center. “Although a weak El Nino is expected, it may still influence the winter season by bringing wetter conditions across the Southern United States, and warmer, drier conditions to parts of the North.”

El Nino is a massive ocean-atmosphere climate event linked to a periodic warming in sea surface temperatures across the central and east-central Equatorial Pacific waters.

The swings between warmer and cooler waters in the tropical Pacific are the primary factors for either El Nino (warmer seawater) or La Nina (cooler seawater), which government meteorologist watch closely in determining the North American winter weather forecast.

Warmer-than-normal conditions are expected across much of the northern and western U.S., with higher probabilities of warmer temperatures in Alaska and from the Pacific Northwest to the Northern Plains, Halpert said in a statement.

The forecast does not show any region in the US below-average temperatures for the season. Much of the Southeast, Mid-Atlantic, and Ohio Valley regions will remain within average ranges.

Halpert said wetter-than-average conditions are favored across the southern tier and Mid-Atlantic, with the highest odds for above-average precipitation in northern Flordia and south Georgia.

As for the accuracy in the report, Halpert says the weather models are about 40% better than flipping a coin.

What is social media saying about the threat of an El Nino?

Weak to moderate El Nino winters often lead to wetter-than-normal conditions in the Southeast with the potential for big East Coast systems capable of snow. The Great Lakes sees cold shots and opportunities for lake effect snow, but conditions are favored to be drier than normal. pic.twitter.com/FM90WaOY0H

Another El Nino’s on the way, according to the National Weather Service, as it predicted a warmer than normal winter in the North and West. The South can expect to be wetter than normal through January. pic.twitter.com/ivngg8Kn22

John Kemp, a Reuters energy analyst, said natural gas prices could be subdued this winter season due to the possible threat of an El Nino.

Oklahoma Mesonet, a weather program under the University of Oklahoma, provides an El Nino outlook for all of North America.

Quite often, though not always. It looks like the possible development of an El Nino this winter is contributing significantly to the outlook – see image below. There are other factors they consider as well (Arctic Oscillation, Madden Julian Oscillation, etc.). #okwx pic.twitter.com/QG9eeNgK9n

As for the official confirmation of El Nino, well, it could come as soon as Nov. 15 when NOAA releases its next winter outlook report.