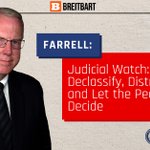 NEW: The overwhelming majority of illegal immigrants arrested by federal authorities in 2020 had an average of four criminal convictions or charges, according to a year-end report published by the government. READ: http://jwatch.us/CcjKou 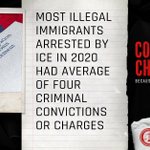 Judicial Watch has now lost nearly 200,000 twitter followers in recent days – which was about 9.25% of our total followers.

Judicial Watch President @TomFitton will appear on “Fox & Friends First” on the Fox News Channel in the 5 am ET hour tomorrow, January 12th, to discuss Big Tech censorship and more! 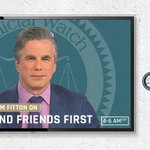 Meanwhile, the media, including social media platforms like Twitter and Facebook, are inaccurately labeling Biden as president-elect. No official sources have called the election. Federal law and the Constitution limit official sources to state officials, the Electoral College, and, ultimately, Congress. Thankfully, the Constitution does not give the media the ability to declare the winner of a presidential election.

We have long warned of the chaos and increased risk of fraud from recklessly mailing 100 million ballots and ballot applications. Our most recent research, in September, revealed that 353 U.S. counties had 1.8 million more registered voters than eligible voting-age citizens. In other words, the registration rates of those counties exceeded 100% of eligible voters. The study collected the most recent registration data posted online by the states themselves. This data was then compared to the Census Bureau’s most recent five-year population estimates, gathered by the American Community Survey (ACS) from 2014 through 2018. ACS surveys are sent to 3.5 million addresses each month, and its five-year estimates are considered to be the most reliable estimates outside of the decennial census.

It is not normal for multiple states to be counting presidential votes for days after Election Day. And it raises significant concerns about the validity of post-election counts. Federal law seems clear that the presidential contest is supposed to be decided by Election Day. For example, 3 U.S. Code § 1 states:

Fitton on Fox: No Conservatives are Safe from Big Tech Censorship!

Left Tries to Use Capitol Riot to “Outlaw Political Opposition”