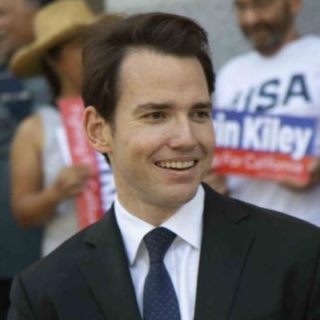 We just voted to end Biden’s vaccine mandate for traveling to the United States. This anti-scientific policy has embarrassed our country long enough.

Last night, I met a couple who lost their son—a straight-A Eagle Scout—to fentanyl. It was laced onto something else he had taken. Until we get tough with China and regain operational control of our own border, this crisis will continue to jolt every community in our country. 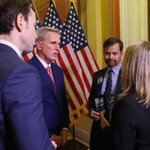 “Delay is something not everyone can afford,” Rep. Kevin Kiley wrote. https://www.sacbee.com/news/politics-government/article272243413.html?taid=63e2e90b9511e10001905022&utm_campaign=trueanthem&utm_medium=social&utm_source=twitter

My guests for tonight’s State of the Union are Laura and Chris Didier. After losing their son Zach to fentanyl poisoning, they’ve become two of the nation’s leading advocates for addressing this crisis. 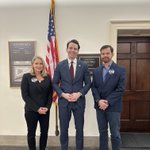 Our government's incompetence knows no bounds. Millions of Californians got 1099 forms for their tax "refunds" and the IRS is saying don't file your return until it sorts out the mess.

It’s official. Newsom is calling a Special Session of the Legislature for the sole purpose of raising taxes. Parody and reality have become indistinguishable.

The date of the Special Session, where legislators will vote to make gas even more expensive, is December 5. So Newsom is mailing out checks right before the election and scheduling a tax increase for right after. The coincidences are really adding up.

The timing also means I won’t be able to participate, as my tenure in the State Assembly ends on December 3. However, James Gallagher and Vince Fong will be there to push my gas tax suspension; the biggest profiteer from our insane gas prices, after all, is the government.

Speaking of boondoggles, a NY Times investigation has revealed the $100 billion High Speed Rail won’t be finished this century. One project operator “left for North Africa, which was less politically dysfunctional” than California. This is Newsom’s “model for the nation.”

Meanwhile, mail ballots arrive this week for every voter. This is the result of a COVID “emergency” order that Newsom quickly made permanent. Thanksgiving will mark 1000 days since the State of Emergency began and 922 days since I introduced legislation to terminate it.

As voting begins, our opponent’s attack ads have become increasingly shameless. With massive funding from Pelosi and the National Democrats, he has kept pounding the same smears that even his own far-left supporters at the Sacramento Bee called lies.

These people are absolutely desperate to keep Pelosi in power and to keep our citizens movement from shaking up Washington, D.C.

Help me answer the attacks and oust Pelosi as Speaker