Just hours after Tesla CEO Elon Musk weighed in with one of his biggest brain farts of the century – calling the coronavirus panic “dumb”, he again took to Twitter at about 1AM his local time Sunday morning to double down on his statement and defend his reasoning using a word salad of half-assed smart-sounding terms that amounted to one giant non-sequitur. 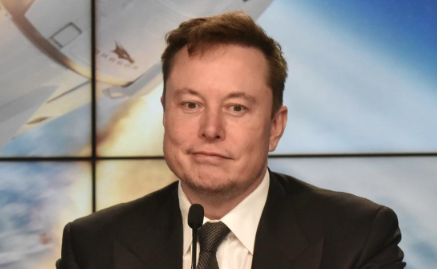 Asked by another Twitter user what his reasoning was for calling the panic “dumb”, Musk responded by Tweeting:

“Virality of C19 is overstated due to conflating diagnosis date with contraction date & over-extrapolating exponential growth, which is never what happens in reality. Keep extrapolating & virus will exceed mass of known universe!”

Nevermind the fact that “virality” isn’t a medical term and is defined in the Oxford Dictionary as “the tendency of an image, video, or piece of information to be circulated rapidly and widely from one Internet user to another,” the point that Musk appears to be trying to make is simply that we don’t have enough raw data on incubation period to model out what the virus is going to do from here.

But we guess that saying something simple wouldn’t work for Musk for two reasons:

Musk then continued to opine, referring to the coronavirus as a “cold”:

“Fatality rate also greatly overstated. Because there are so few test kits, those who die with respiratory symptoms are tested for C19, but those with minor symptoms are usually not. Prevalence of coronaviruses & other colds in general population is very high!”

Which, of course, medical experts in Medical News Today recently debunked. In their piece about common myths regarding the coronavirus, one “conspiracy” they explored and debunked was that “SARS-CoV-2 is just a mutated form of the common cold”.

Musk also assumes, again due to lack of data, that fatality rates will revert to a lower mean as testing becomes more ubiquitous. While this may be true, the lack of data again could go both ways, and isn’t necessarily a rock solid point to argue so early on in the data gathering process.

Social media seemed to understand this and, like days ago, proceeded to rail Musk for his pompous diatribe:

Hey shithead – the word “virality” is unrelated to viruses – it is a social media term. Also, STFU. https://t.co/4w9v8ICSit

Dr Elon is on a bender and knows all.

Still smoking weed I see. I really wish there was a dislike option on Twitter

Keep digging yourself a hole. If this wasn’t so serious it would be funny.

As we noted hours ago, Musk’s tweeterpretation of events stands at odds with people who actually know what they’re talking about, despite garnering millions of likes.

Actual mathematician Nassim Nicholas Taleb, who wrote the 2008 book “The Black Swan” that foreshadowed the global financial crisis, spoke out about Musk’s original Tweet on Sunday.

“If the word ‘panic’ means ‘exaggerated’ reaction, could be so at the individual level but NOT at the collective one. … We have survived for zillion years thanks to ‘irrational’ ‘panics,’” Taleb tweeted in response to Musk.

Taleb said that “to act rational during a viral outbreak that has few consequences for the individual could lead to greater overall death. If we fail to panic, the virus becomes a bigger source of risk for society, he argued.

The novel coronavirus has reached pandemic levels, has infected hundreds in Musk’s home state of California, has infected nearly 100,000 people globally and has killed more than 3,400 people. As major Silicon Valley players like Facebook, Microsoft and Amazon all have confirmed at least one employee has tested positive, Musk’s interpretation of the events simply stands at odds with reality. Which, we guess, is what we should be used to with Musk at this point anyway.

Maybe instead of lashing out on Twitter at 1AM to show the world what a genius he is, Musk can find some value in other types of daily affirmations.

Say it with us, Elon. “I’m good enough, I’m smart enough, and doggone it, people like me!”