Ep. 440: Talking To Lefties About Why School Sucks (5 Considerations) 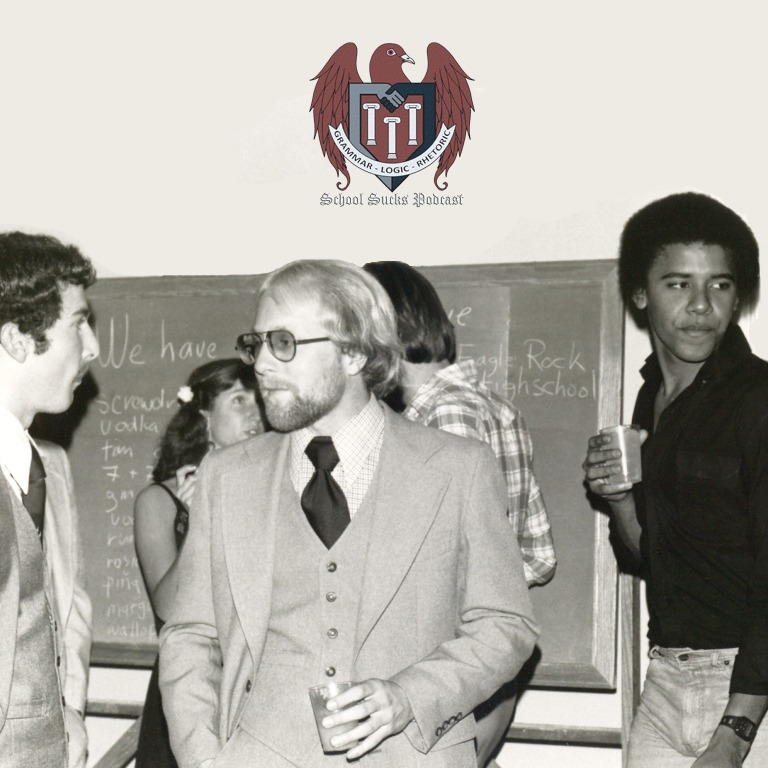 This is an edited version of my recent appearance on Liberty Under Attack Radio, with Shane Radli…

This is an edited version of my recent appearance on Liberty Under Attack Radio, with Shane Radliff. In this conversation we address considerations for constructively communicating the problems with public schooling to its supporters and even its employees.

This includes:
-knowledge of the needs, beliefs, concerns of audience
-confidence in your evidence and conviction in your arguments
-clarity in definition, education vs schooling
-regular access to the people
-and they have to be willing to audit their beliefs

From Liberty Under Attack:
On this broadcast of Liberty Under Attack Radio, we hosted the 22nd edition of the direct action series. We covered three items off of The Freedom Umbrella of Direct Action; namely, strategic withdrawal, myth busting, and debunking fallacies.

In the first three segments, we were joined by Brett Veinotte from the School Sucks Podcast to discuss government indoctrination, more commonly known as public schooling. We started our discussion by digging into the root problems of the institution and the sheer lunacy found within.

In the second segment, we dug into Brett’s background, the Prussian model of schooling adopted by the United States, and more.
In the third segment, Brett provided the basic criteria for communicating the dangers of public schooling to those we are close to that are still within the institution.

"For what is meant by saying that a government ought to educate the people? Why should they be educated? What is the education for? Clearly, to fit the people for social life — to make them good citizens. And who is to say what are good citizens? The government: there is no other judge. And who is to say how these good citizens may be made? The government: there is no other judge. Hence the proposition is convertible into this — a government ought to mold children into good citizens…. It must first form for itself a definite conception of a pattern citizen; and, having done this, must elaborate such system of discipline as seems best calculated to produce citizens after that pattern. This system of discipline it is bound to enforce to the uttermost. For if it does otherwise, it allows men to become different from what in its judgment they should become, and therefore fails in that duty it is charged to fulfill." -Herbert Spencer, philosopher

A new way to incentivize the production of educational content.

Please Support School Sucks
Our Amazon Wish List
Donate With Bitcoin
Or Join the A/V Club
Your continued support keeps the show going and growing, which keeps us at the top of the options for education podcasts and leads to new people discovering this message. This subscription also grants you access to the A/V Club, a bonus content section with 200+ hours of exclusive audio and video.

32
Anarcho-Capitalism
liberty aggregatorOctober 3, 2021 at 4:55 am.
MedicalKidnap.com

Ep. 440: Talking To Lefties About Why School Sucks (5 Considerations)