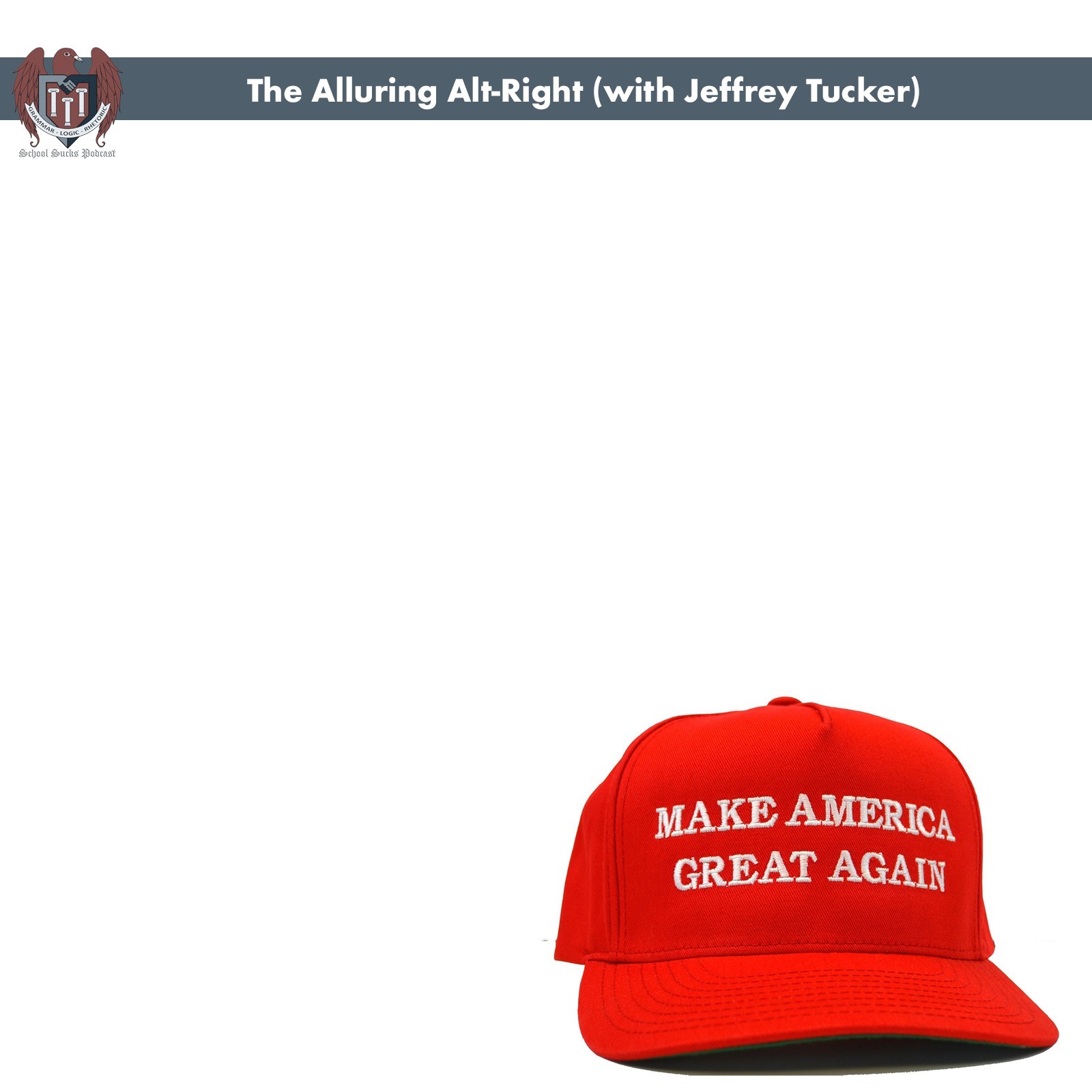 A few days after Hillary Clinton’s speech about Donald Trump and the Alt-Right, Jeffrey Tucker re…

A few days after Hillary Clinton’s speech about Donald Trump and the Alt-Right, Jeffrey Tucker returned to School Sucks to discuss
-the swinging pendulum of extremism
-his attempts to build alliances between libertarians and right-wingers with Murray Rothbard in the early 90s
-the ideological origins of modern nativism, nationalism and protectionism

Also Discussed:
-Five Differences Between the Alt-Right and Libertarianism
-Thomas Carlyle, the Founding Father of Fascism
-a tiny doorway of legitimate concerns – social engineering and the forceful end of debate – through which a deluge of violence and insanity can poor
-Trump’s fascist talking points and ideations all have corollaries or mirrors on the left
-a moratorium on calling people racists? A word that now means nothing
-Alt-Right view: hopelessness and maybe even naiveté of libertarianism
-Shame bananas
-collectives on the move
-everything is a zero-sum game (Trump’s hostility towards free trade)
-actually fighting political correctness
-the left’s racism problem