Imagine living your life thinking anyone who doesn’t let a corporation into their heart is going to burn in hell.

There will be and have been crypto false flags. Just like oil was restriction so too are mining video cards now. Nvidia should be bigger than Apple but they can’t seem to get around to making enough GPUs. Funny considering every single computer ever made needs one.

In French, Je suis means “I AM”

Your entire world is about to level up. God is talking to you. Jesus is you if you claim it. The very heresy of doing this will engage a new transmission. God trusts you. 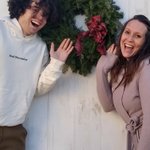 When I read anything technical from Epstein’s “science” ventures it reads like fluffy bullshit you’d feed to a capital investment group. It’s a challenge to take it seriously. I watch the big words slowly sink from a lack of concrete. Ask anyone in venture capital and they will tell you most of their job is propaganda. They won’t call it by the name though. They call it innovation to make it sound better.

It’s important to remember special relativity has been debunked by quantum mechanics for some time now. We’ve even found things that travel faster than the speed of light. Still, society’s movers keep propping up meat puppets who support Albert Einstein. The superstars of science are no more talented than the superstars of Hollywood. Epstein, like Einstein, was an actor playing a part. He was not a billionaire investor pushing the limits of artificial intelligence and biology. He was a criminal committing international rape, blackmail, and fraud.

In 2002, I wanted $200k to develop a WordPress platform before WordPress had been invented. I had a working model I had been developing for over a year. I knew its weaknesses and strong points. I was ready to take it to the next level. My mentor took me to Raleigh and got me an audience with a capital investment firm. We prepped for three months but I wrote zero lines of code. Harry explained, “The code will only distract them.”

I listened to Harry. He was a real estate developer with a lot of experience in tech. He was kind enough to open the curtain and show me how it worked. We didn’t ask for $200k. Harry said we’d ask for $7 million. I thought he was joking but nope. I had to practice saying the words, “$7 million” in the mirror just so I could get it out with a straight face. I didn’t need that money. Harry needed it for the illusion.

Harry didn’t believe in my code. No one in Raleigh understood what it could even do. No one asked for the good stuff. No one wanted to come into the lab. My idea was a commodity. Whether it worked or not was moot. In this world, ideas are traded for clout based on who seemed “interested.” That’s all that seemed to matter. Was so-and-so interested?

Harry understood if we could get a big fish to sniff our crotch everyone would be hooked. I can’t help but think this was exactly how Epstein worked. His billionaire persona was the only thing he needed to bring to the room. Any substance in his ventures would only be a distraction. Study Epstein’s character and you see a list of people explaining he never read or immersed himself in work.

The novel Atlas Shrugged exposed this phenomenon of intellectual cannibalism. The copper god, Francisco d’Anconia could move markets by snuffing someone at a party or lingering with someone else too long. Look at all our market dips that get blamed on algorithmic reactions. Humans are even worse about this than machines. All Epstein studied every day were pre-pubescent girls.

Harry and I didn’t get the money. The excuse they gave wasn’t even valid but I was denied a rebuttal. My facts would have only gotten in the way. On the drive back home, some girls in a van invited me to join them at a weekend contra-dance retreat. I was driving alone in Harry’s BMW. They treated me differently in his car. They trusted me without blinking. They never asked to see my lab. It was uncomfortably satisfying and creepy. I drive a ’98 Honda Odyssey now. It’s my cloak of invisibility. This world is made of smoke. Epstein is pure sulfur.

If you doubt it, don’t forget two of Epstein’s mentors were media moguls both convicted of massive investment fraud. Robert Maxwell and Steven Hoffenburg were in the combined businesses of propaganda and fraud. Epstein wasn’t a brilliant scientist. He was a fraudster. Fraudsters spend all their time perfecting their work. Honest people forget the depravity of lying. It becomes fun for the inverted. It’s a lifelong sport. To watch people believe your lie is to hold power over them. You know something they don’t. This is the energy of elitism and the attraction of the secret society.

We forget how profitable it is to lie in this world. We forget how rare it is to find a John Galt. Who is John Galt? Galt was a character in Ayn Rand’s novel, Atlas Shrugged. Galt was the inventor who disappeared. He saw the system for what it was and left it behind so it could die on its own. Galt shrugged. He understood the rulers of the world were already doomed. Ayn Rand is one of the most shamed and dismissed authors in academia now. They call her elementary in an effort to dismiss her. But elementary is when we learn colors. Rand knew the colors of fraud. Ayn was exposing intellectual cannibalism. She showed it dripping grease on itself in real-time. She believed in the power of a man’s spine. She believed in the salty sweat collected under his nails. People with a spine smell Epstein instantly. The smell of money does nothing to mask the quaff of his taint.

Our world is full of amazing people and you are one of them. I don’t mind confessing to you this motive. The taller you stand the better I can enjoy my sovereignty.‬ Your psychic health benefits me tremendously. It benefits all of us. Let’s stop pretending the elite are smarter than we are. The elite are simply more willing to lie. That’s the only difference between them and us.

#262 – The Codpiece of Righteousness

Cave of the Patriarchs

#259 – The Staircase of Conspiracy