*WHO'S TEDROS: CASES RISE PARTLY DUE TO EASING OF CURBS, STRAINS

Best to keep the world locked down forever. It's the only way to be sure

Sugar Rush! Why The Economy Will Run Hot, Then Crash https://www.zerohedge.com/markets/sugar-rush-why-economy-will-run-hot-then-crash

Authored by Pepe Escobar via The Asia Times,

Nearly two decades after the invasion and occupation of Afghanistan post-9/11, and after an interminable war costing over $ 2 trillion, there’s hardly anything “historic” about a possible peace deal that may be signed in Doha this coming Saturday between Washington and the Taliban. 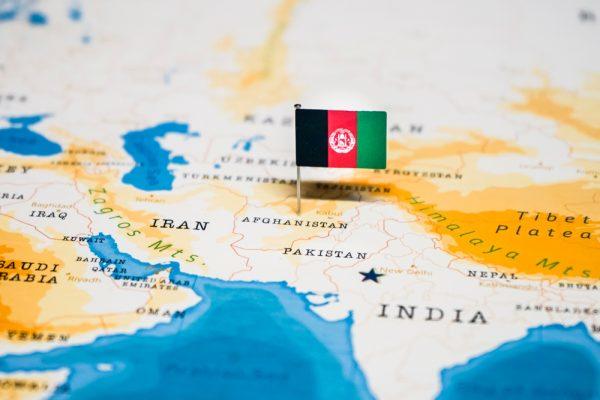 We should start by stressing three points.

1- The Taliban wanted all US troops out. Washington refused.

2- The possible deal only reduces US troops from 13,000 to 8,600. That’s the same number already deployed before the Trump administration.

3- The reduction will only happen a year and a half from now – assuming what’s being described as a truce holds.

So there would be no misunderstanding, Taliban Deputy Leader Sirajuddin Haqqani, in an op-ed certainly read by everyone inside the Beltway, detailed their straightforward red line: total US withdrawal.

And Haqqani is adamant: there’s no peace deal if US troops stay.

Still, a deal looms. How come? Simple: enter a series of secret “annexes.”

The top US negotiator, the seemingly eternal Zalmay Khalilzad, a remnant of the Clinton and Bush eras, has spent months codifying these annexes – as confirmed by a source in Kabul currently not in government but familiar with the negotiations.

Let’s break them down to four points.

1- US counter-terror forces would be allowed to stay. Even if approved by the Taliban leadership, this would be anathema to the masses of Taliban fighters.

2- The Taliban would have to denounce terrorism and violent extremism. That’s rhetorical, not a problem.

3- There will be a scheme to monitor the so-called truce while different warring Afghan factions discuss the future, what the US State Dept. describes as “intra-Afghan negotiations.” Culturally, as we’ll see later, Afghans of different ethnic backgrounds will have a tremendously hard time monitoring their own warring.

4- The CIA would be allowed to do business in Taliban-controlled areas. That’s an even more hardcore anathema. Everyone familiar with post-9/11 Afghanistan knows that the prime reason for CIA business is the heroin rat line that finances Langley’s black ops, as I exposed in 2017.

Otherwise, everything about this “historic” deal remains quite vague.

Even Secretary of Defense Mark Esper was forced to admit the war in Afghanistan is “still” in “a state of strategic stalemate.”

As for the far from strategic financial disaster, one just needs to peruse the latest SIGAR report. SIGAR stands for Special Inspector General for Afghanistan Reconstruction. In fact virtually nothing in Afghanistan has been “reconstructed.”

No real deal without Iran

The “intra-Afghan” mess starts with the fact that Ashraf Ghani eventually was declared the winner of the presidential elections held in September last year. But virtually no one recognizes him.

The Taliban don’t talk to Ghani. Only to some people that are part of the government in Kabul. And they describe these talks at best as between “ordinary Afghans.”

Everyone familiar with Taliban strategy knows US/NATO troops will never be allowed to stay. What could happen is the Taliban allowing some sort of face-saving contingent to remain for a few months, and then a very small contingent stays to protect the US embassy in Kabul.

Washington will obviously reject this possibility. The alleged “truce” will be broken. Trump, pressured by the Pentagon, will send more troops. And the infernal spiral will be back on track.

Another major hole in the possible deal is that the Americans completely ignored Iran in their negotiations in Doha.

That’s patently absurd. Teheran is a key strategic partner to its neighbor Kabul. Apart from the millenary historical/cultural/social connections, there are at least 3.5 million Afghan refugees in Iran.

Post 9-11, Tehran slowly but surely started cultivating relations with the Taliban – but not at a military/weaponizing level, according to Iranian diplomats. In Beirut last September, and then in Nur-Sultan in November, I was provided a clear picture of where discussions about Afghanistan stand.

The Russian connection to the Taliban goes through Tehran. Taliban leaders have frequent contacts with the Islamic Revolutionary Guards Corps. Only last year, Russia held two conferences in Moscow between Taliban political leaders and mujahideen. The Russians were engaged into bringing Uzbeks into the negotiations. At the same time, some Taliban leaders met with Russian Federal Security Service (FSB) operatives four times in Tehran, in secret.

The gist of all these discussions was “to find a conflict resolution outside of Western patterns”, according to an Iranian diplomat. They were aiming at some sort of federalism: the Taliban plus the mujahideen in charge of the administration of some vilayets.

The bottom line is that Iran has better connections in Afghanistan than Russia and China. And this all plays within the much larger scope of the Shanghai Cooperation Organization. The Russia-China strategic partnership wants an Afghan solution coming from inside the SCO, of which both Iran and Afghanistan are observers. Iran may become a full SCO member if it holds on to the nuclear deal, the Joint Comprehensive Plan of Action, until October – thus still not subjected to UN sanctions.

All these actors want US troops out – for good. So the solution always points towards a decentralized federation. According to an Afghan diplomat, the Taliban seem ready to share power with the Northern Alliance. The spanner in the works is the Hezb-e-Islami, with one Jome Khan Hamdard, a commander allied with notorious mujahid Gulbudiin Hekmatyar, based in Mazar-i-Sharif and supported by Saudi Arabia and Pakistan, more interested in restarting a civil war.

Here’s a blast from the past, reliving the context of the Taliban visit to Houston, and showing how things have not changed much since the first Clinton administration. It’s always a matter of the Taliban getting their cut – at the time related to Pipelineistan business, now to their reaffirmation of what can be described as Pashtunistan.

Not every Pashtun is a Taliban, but the overwhelming majority of Taliban are Pashtuns.

The Washington establishment never did their “know your enemy” homework, trying to understand how Pashtuns from extremely diverse groups are linked by a common system of values establishing their ethnic foundation and necessary social rules. That’s the essence of their code of conduct – the fascinating, complex Pashtunwali. Although it incorporates numerous Islamic elements, Pashtunwali is in total contradiction with Islamic law on many points.

Islam did introduce key moral elements to Pashtun society. But there are also juridical norms, imposed by a hereditary nobility, that support the whole edifice and that came from the Turko-Mongols.

Pashtuns – a tribal society – have a deep aversion to the Western concept of the state. Central power can only expect to neutralize them with – to put it bluntly – bribes. That’s what passes as a sort of system of government in Afghanistan. Which brings the question of how much – and with what – the US is now bribing the Taliban.

Afghan political life, in practice, works out from actors that are factions, sub-tribes, “Islamic coalitions” or regional groups.

Since 1996, and up to 9/11, the Taliban incarnated the legitimate return of Pashtuns as the dominant element in Afghanistan. That’s why they instituted an emirate and not a republic, more appropriate for a Muslim community ruled only by religious legislation. The diffidence towards cities, particularly Kabul, also expresses the sentiment of Pashtun superiority over other Afghan ethnic groups.

The Taliban do represent a process of overcoming tribal identity and the affirmation of Pashtunistan. The Beltway never understood this powerful dynamic – and that’s one of the key reasons for the American debacle.

Afghanistan is at the center of the new American strategy for Central Asia, as in “expand and maintain support for stability in Afghanistan” coupled with an emphasis to “encourage connectivity between Central Asia and Afghanistan.”

In practice, the Trump administration wants the five Central Asian “stans” to bet on integration projects such as the CASA-1000 electricity project and the Lapis Lazuli trade corridor, which is in fact a reboot of the Ancient Silk Road, connecting Afghanistan to Turkmenistan, Azerbaijan and Georgia before crossing the Black Sea to Turkey and then all the way to the EU.

But the thing is Lapis Lazuli is already bound to integrate with Turkey’s Middle Corrido r, which is part of the New Silk Roads, or Belt and Road Initiative, as well as with the China-Pakistan Economic Corridor Plus, also part of Belt and Road. Beijing planned this integration way before Washington.

The Trump administration is just stressing the obvious: a peaceful Afghanistan is essential for the integration process.

Andrew Korybko correctly argues that “Russia and China could make more progress on building the Golden Ring between themselves, Pakistan, Iran, and Turkey by that time, thus ‘embracing’ Central Asia with potentially limitless opportunities that far surpass those that the US is offering or ‘encircling’ the region from a zero-sum American strategic perspective and ‘forcing’ it out.”

The late Zbigniew “Grand Chessboard” Brzezinski’s wishful thinking “Eurasian Balkans” scenario may be dead, but the myriad US divide-and-rule gambits imposed on the heartland have now mutated into hybrid war explicitly directed against China, Russia and Iran – the three major nodes of Eurasia integration.

And that means that as far as realpolitik Afghanistan is concerned, with or without a deal, the US military have no intention to go anywhere. They want to stay – whatever it takes. Afghanistan is a priceless Greater Middle East base to deploy hybrid war techniques.

Pashtuns are certainly getting the message from key Shanghai Cooperation Organization players. The question is how they plan to run rings around Team Trump.