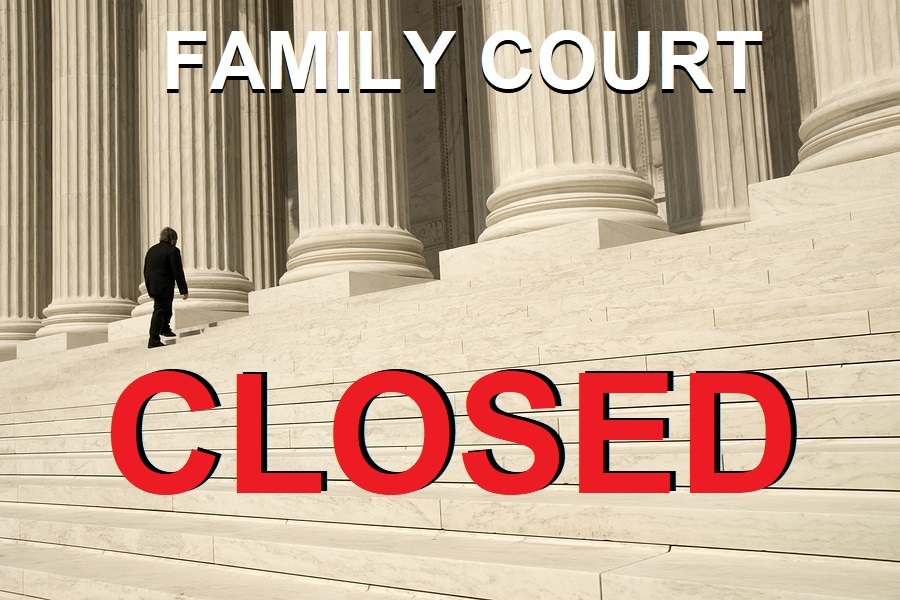 Federal laws require states to initiate termination of parental rights when a child has been in foster care for 15 of the last 22 months. With family courts shutting down across the country due to the Coronavirus outbreak, delaying reunification and adjudication hearings, could families face termination of their parental rights without due process?

“Amid the chaos caused by Covid-19, New York City parents with kids in the child welfare system have lost access to the Family Court judges normally entrusted with protecting their rights.”

“at least one case where the child welfare agency for New York City held custody of a child for more than a week without seeking permission from a judge, according to family members who were desperate to bring the child home.”

CPS must have a signed order by a judge in order to remove a child from their home, unless the agency feels a child is in imminent danger, at which time the agency can proceed with an “emergency removal.” The agency must then seek the approval of a judge on the following business day. At that time, the family is likely assigned an attorney or has already sought legal counsel to contest the removal and petition the court to return the child home.

With the potential spread of COVID-19, family courts have closed or reduced caseloads. According to the report by Kramer, regarding a statement from the New York State Office of Court Administration, judges are holding hearings by phone and video, only on “essential/emergency” matters. The administration did not respond to the author’s request for further comments on their story.

Kramer states, according to attorneys who represent parents, judges are continuing to hear petitions from the Administration for Children’s Services (ACS) seeking to remove children from their homes and place them in foster care, but they are not willing to hear motions by parents seeking to return children home.

The attorneys claim the results of this will be,

“Children may be held unnecessarily, away from parents who have little legal recourse or protection.”

Emma Ketteringham, managing director of the Family Defense Practice at The Bronx Defenders, is quoted in an email statement as stating,

“ACS continues to take children away from their parents. Yet the court has built a system where government power will go unchecked and children and parents have almost no ability to challenge their continued separation.

This approach denies Constitutional rights, does irreparable harm to the children the system claims to protect, and is a message to the world that the families in the child welfare system, the vast majority of whom are low-income and of color, are not ‘essential.”

If parents go to the Family Court building, they find a sign on the door offering phone numbers for people looking for an order of protection, but there is not contact information for child protection matters, reports Kramer.

The story continues by explaining how attorneys are left to rely on ACS to give them the parents’ phone numbers, “which often happens less than an hour before the agency files a motion with the virtual Family Court.”

A hearing is then held over “Skype for Business.” The problem that now arises, according to Kramer, is,

“Many families don’t have access to the necessary technology; attorneys say they’re resorting to holding cell phones up to computer speakers, through which parents strain to hear the decisions made about their children.”

ACS was unable to tell the reporter how many children have been removed from their homes since family courts lowered its caseloads in the wake of the coronavirus, but the agency does continue to request children in foster care be returned home.

The story reports, according to an agency spokesperson,

“If all parties agree to the return of a child or modification of any order, the parties email a signed stipulation and the judge will review it and schedule a hearing if necessary.”

Family Court judges are tasked with overseeing dozens of hearings a day. These hearings, according to Kramer, “are necessary to move forward with ongoing cases,” but when the court dockets are already overbooked with hearings, the reporter claims, advocates are now worried the Courts will have an impossible backlog.

This backlog would cause children currently in the foster care system to remain there for months, possibly years. Either way, children will be left in foster care longer than necessary.

Lauren Shapiro, director of the Family Defense Practice at Brooklyn Defender Services, is quoted as saying,

“Hundreds of children are going to stay separated from their families indefinitely given these court delays, even though if a judge was to hear the facts of the case, they could probably go home to their families.”

“At least one child in Queens was kept for a week in the agency’s Children’s Center with no court oversight at all, according to family members.”

“The child” is reported to be 14-year-old Ruby, a severely autistic child who came into ACS custody when her mother was hospitalized in early January 2020, then transferred to a rehabilitation facility after suffering a stroke.

Ruby was placed with her 24-year-old sister, but Ruby had,

“frequent outbursts at school and home that resulted in emergency room visits and hospital stays.”

According to the report:

“(Ruby’s adult relatives requested anonymity for this story, but shared multiple documents from ACS that corroborate their account of the investigation and the child’s week-long placement in the Children’s Center.)

Throughout its two-month investigation, ACS agreed to let Ruby remain at home, under the care of her sister and an adult cousin who took her on weekends. The agency also said that it would seek services, such as a home health aide, to help the family cope until Ruby’s mother could return home. But those services never materialized. Instead, ACS picked Ruby up from a hospital stay on March 19th and brought her to the agency’s Children’s Center in Queens.”

The case was never brought to Family Court, which meant the family had no attorney. Ruby’s cousin is quoted as saying,

“It was horrible,” says Ruby’s cousin. “I would talk to her on the phone and she kept saying, ‘Come get me, I’ll be good, please come get me.”

Kramer reports that after a week, Ruby was finally released to her cousin’s home who is already caring for her own four children and a niece. With the closure of schools due to the coronavirus pandemic, all the children are home full-time.

Ruby’s cousin is quoted as saying,

“Services are shut down because of the virus, so the caseworker said I’m pretty much on my own.”

“It’s a lot,” the cousin said. “I’m really not trained to give her the help she needs. But I was not going to leave her in the system.”

What about those families and children who don’t have a choice about being in the system?

November 19, 1997, Congress approved the “Adoption and Safe Families Act” (ASFA), which was signed into law by then president Bill Clinton.

ASFA marked a profound change to child welfare and the thinking surrounding it.

One of the lead sponsors for ASFA, Republican Senator John H. Chafee of Rhode Island, is quoted in a publication from November 1997, by Katharine Q. Seelye from The New York Times, as saying,

“We will not continue the current system of always putting the needs and rights of the biological parents first.”

The New York Times continued with other details about the legislation which include,

“The legislation also would provide cash bonuses to states that increase their adoptions, giving them $4,000 for each child adopted above the previous year’s number and $6,000 for each adoption of a child who is older or has some physical or emotional disability.”

Not only did the legislation allot cash incentives to states that obtain more adoptions, which would only be possible if more parents had their parental rights terminated, it made it easier for states to terminate the rights of parents whether they had the right to due process or not.

“In the case of a child who has been in foster care under the responsibility of the State for 15 of the most recent 22 months, the State shall file a petition to terminate the parental rights of the child’s parents.”

With the overload of cases in the family courts already causing custody cases and hearings to go on for an average of 15-18 months, the new coronavirus pandemic delaying hearings is just cause for concern of any family dealing with CPS at this time.

Page three of the letter tells how the Bureau is,

“aware of instances where judges have issued blanket orders suspending or drastically reducing family time (visitation) between children in foster care and parents, sometimes indefinitely.  Family time is important for child and parent well-being, as well as for efforts toward reunification. Family time is especially important during times of crisis. CB strongly discourages the issuance of blanket orders that are not specific to each child and family that suspend family time; doing so is contrary to the well-being and best interest of children, may contribute to additional child trauma, and may impede the likelihood of reunification.”

The letter lists several ways in which all courts, Court Improvement Programs (CIPs), and administrative offices can preserve family time.

“Nor shall any State deprive any person of life, liberty, or property, without due process of law; nor deny to any person within its jurisdiction the equal protection of the laws” – Amendment 14 of the United States Constitution

Allie Parker is a Family Advocate and mother. She is a surviving victim of a false Child Abuse Pediatrician’s accusation. Read her story here.