The shots are a gene therapy, NOT a vaccine. Are you going to argue now with the inventor of the mRNA technique? 🤨 #stoptheshots #crimesagainsthumanity 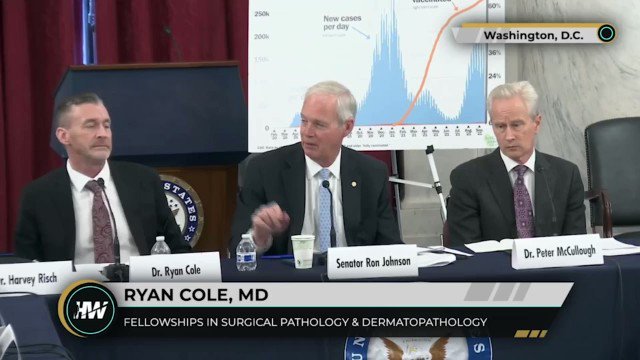 Yale requires every young & healthy students to take Bivalent booster which was approved without any human trial data. This is serious violation of Nuremberg Code and Crime against humanity.
Watch and share this speech from Yale graduate Dr. Naomi Wolf in Yale university. 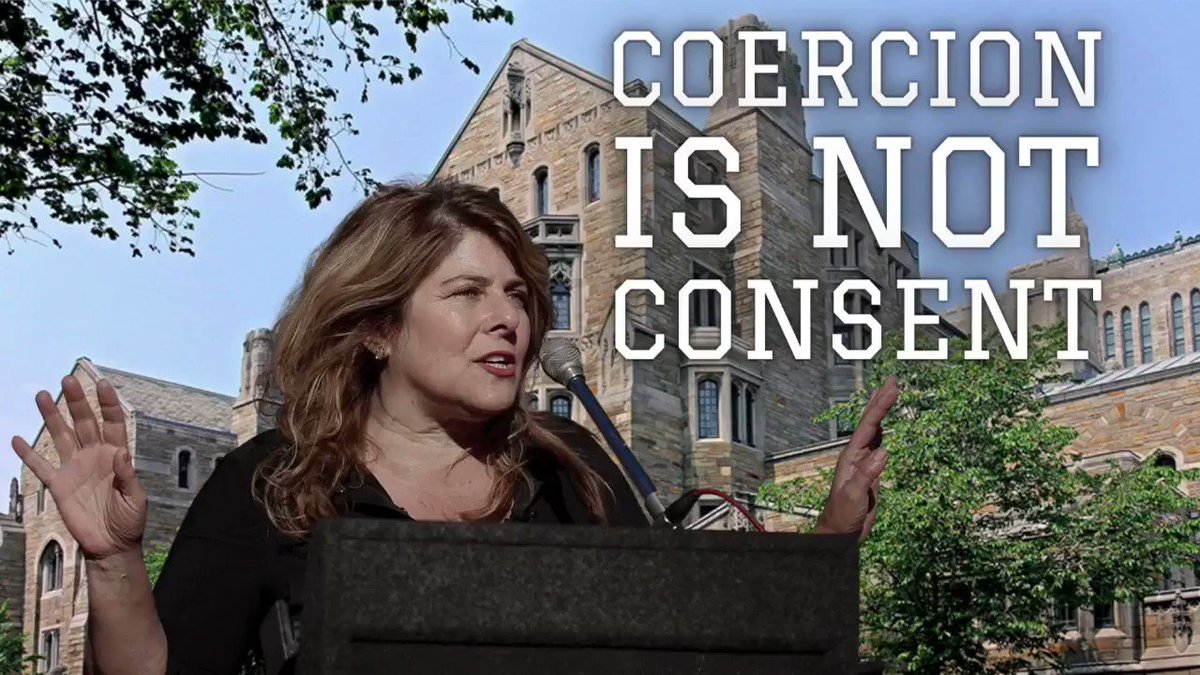 Even #JackDorsey — implicated in previous efforts to censor content via his participation on the SRT-GET — called for more transparency. #TwitterFiles2

Is this normal? Your own life experience + intuition will tell you it’s not. Read more about Ed Dowd's earth-shaking discovery. 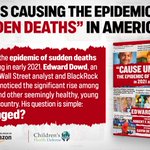 The race toward the digital control grid advances as 16 major domestic airports are now testing #facialrecognition technology to verify IDs.

‘What we're talking about is a complete control system.’ — Catherine Austin Fitts on #CHDTV 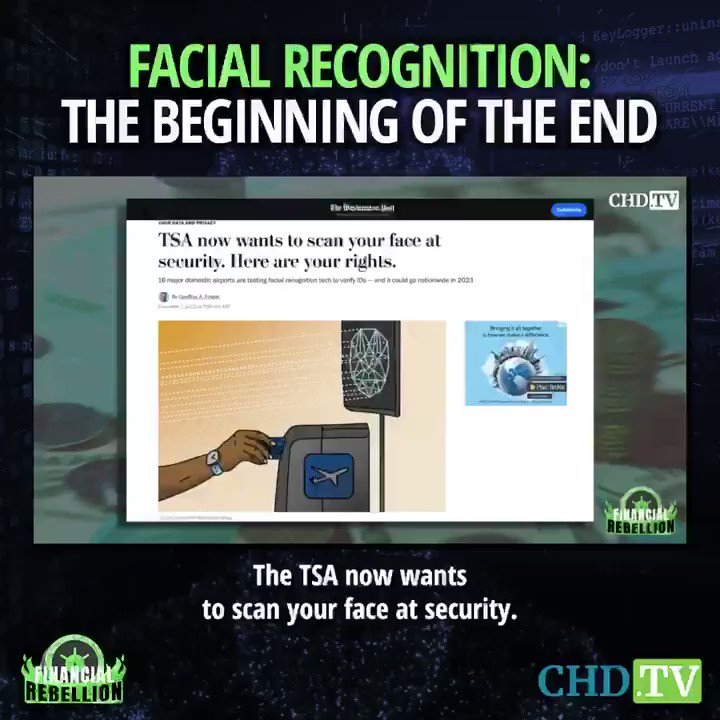 Fauci: Steering the Pandemic Narrative Toward Vaccine “Solutions” Is Nothing New

Since the emergence of HIV in the early 1980s, Dr. Anthony Fauci has acquired decades of experience being the front man for a network of powerful Big Pharma and Big Medicine interests. This network (one of the most conspicuous members of which is Fauci’s friend and patron Bill Gates) profits handsomely from regularly declared epidemics and pandemics via the unending flow of cash that such events inevitably direct to pharmaceutical interventions—and especially vaccination.

Fauci’s father was a pharmacist, and Fauci himself has specialized in the pharmacological “regulation” of the human immune system. He hitched his professional wagon to vaccines early on, and his agency’s single-minded focus on vaccine “solutions”—and simultaneous denial of serious vaccine-created problems such as vaccine failure and pathogenic priming—has long threatened to suffocate other avenues of exploration, whether for prevention or treatment.

Although Fauci has never been able to deliver on the promise of an HIV vaccine made when he took the helm of NIAID (the National Institute of Allergy and Infectious Diseases) in 1984, he has been highly successful—for decades—in attracting billions for HIV vaccine research. And as new threats like Ebola and Zika have emerged, the groundwork laid during the HIV era has allowed vaccines to continue to monopolize both attention and funding.

Fauci is not only a productive agency fundraiser but also a prolific publisher. The National Library of Medicine search engine (PubMed) pulls up nearly 300 publications that he has authored or co-authored over the last two decades. And many of these—like Fauci’s 2017 remarks at Georgetown University that the Trump administration should expect a “surprise outbreak” within “the next few years”—not only foreshadow future events but also provide major hints of his network’s vaccine bias.

In 2003, for example, Fauci and coauthors (including then-CDC-director Julie Gerberding) spelled out a vision in Science for a “global vaccine enterprise.” Although their focus back then was on HIV, the proposed measures sound eerily similar to what many of these same players have called for in conjunction with COVID-19 vaccines—including “quickly measuring the effectiveness of vaccine protection as prototype vaccine candidates are identified,” expanding manufacturing resources “to speed [vaccine candidates’] use in human trials” and “systematically explor[ing] . . . delivery systems for vaccines.” It should probably come as no surprise, then, to discover similar fortune-telling tendencies in some of Fauci’s other publications.

In other words, the high mortality was the result of poorly understood viral-bacterial interactions rather than of a virus on its own.

A century before COVID-19, the Spanish flu was one of the most famous—and society-scarring— pandemic episodes in global history. In a 2007 analysis in The Journal of Infectious Diseases, Fauci and NIAID co-author David Morens examined some of the “unusual epidemiologic features” and patterns associated with the deadly pandemic. The 1918-1919 pandemic differed from current events in terms of the age groups affected, with the Spanish flu responsible for “extraordinary” excess mortality in healthy adults in their twenties and thirties, while COVID-19 has targeted older adults and individuals with underlying chronic conditions. Nonetheless, several of the NIAID authors’ observations are intriguing in light of the phenomena being observed today. For example:

In 2008, Fauci, Morens and another NIAID author published an even more exhaustive analysis of the 1918-1919 pandemic, reviewing still-available postmortem samples as well as information from published autopsy series. Although their analysis excluded nonpulmonary causes of death, the three authors concluded that it was influenza virus infection “in conjunction with bacterial infection” that led to most of the 1918-1919 deaths. In other words, the high mortality was the result of “poorly understood” viral-bacterial interactions rather than of a virus on its own. “Without this secondary bacterial pneumonia,” the three wrote, “most patients would have recovered.”

… doctors treating the more severely afflicted would likely disagree with Fauci’s casual 2007 assessment that increasing medical knowledge about treatment and prevention is unimportant.

Describing a hypothetical future pandemic, Fauci and Morens wrote in 2007 that “The most difficult challenge would probably not be to increase medical knowledge about treatment and prevention,” but rather “to increase medical capacity and resource availability.” Echoing the prognostications of disgraced pandemic modeler Neil Ferguson, Fauci stated at the time, “Health-care systems could be rapidly overwhelmed by the sheer volume of cases.” Thirteen years later, guided by this perspective, the U.S. has spent over $660 million to set up nationwide COVID-19 emergency field hospitals, most of which, with the exception of New York’s, have never seen a single patient.

While the general consensus now seems to be that at least “80% of patients can ride COVID-19 out at home,” doctors treating the more severely afflicted would likely disagree with Fauci’s casual 2007 assessment that increasing “medical knowledge about treatment and prevention” is unimportant. Around the world, doctors have practically been begging for effective treatments, fighting uphill battles to gain more attention for inexpensive therapies such as intravenous vitamin C, vitamin D and the “triple-combo” of zinc, azithromycin (an antibiotic) and the off-patent drug hydroxychloroquine. The vaccine-focused Fauci has been dismissive of hydroxychloroquine from the outset and briefly seemed to be vindicated when The Lancet published a devastating critique of the drug’s effectiveness in early June—until the high-prestige journal was immediately forced to retract the article because it could not “vouch for the veracity of the primary data sources.” The same day, the New England Journal of Medicine also retracted a COVID-19 study, having ill-advisedly rushed to publish the same dubious data.

Reminiscent of the bacterial pneumonias that wreaked such havoc during the Spanish flu, researchers are currently issuing urgent pleas to pay more attention to COVID-19 co-infections, pointing out that many of those who die appear to have secondary bacterial or even fungal infections. They note that the role of these co-infections in mortality is “understudied” and that important information about underlying bacterial infections is “not being reported.”

In their 2008 paper, Fauci and co-authors presciently described other factors that might “change the profile of morbidity and mortality during a future pandemic,” including “the increasing number of persons living in nursing home facilities, and the number of persons who are immunosuppressed or affected by cardiac disease, renal disease, and/or diabetes mellitus.” Thus, they argued, “pandemic planning needs to go beyond addressing the viral cause alone.” In 2020, however, the Gates-influenced calculus has taken center stage; suddenly, it’s all about the virus—and the corresponding vaccine—to the exclusion of all else.

… Fauci noted that he relishes his public relations role, describing mass communication as being as important as the science that we do …

In a 2002 interview, Fauci noted that he relishes his public relations role, describing mass communication as being “as important as the science that we do” and stating, “that’s part of what I like to do and I know I’m good at it.” In light of the climate of fear in which many Americans are currently dwelling, his remarks (made during the same interview) about the post-9/11 anthrax attacks are also interesting:

You know, bioterrorism is two things: It’s a biological impact, and the terror that results from it. The disruption that Anthrax brought to our society was enormous compared to what the biological damage was: eighteen people infected and five dead. That’s unfortunate, obviously, and tragic for the people who died, but just look at the effects: It shut down the postal system, it shut down the Senate. It cost hundreds of millions, if not billions, of dollars in expenses for cleanup. It was a major disruptor.

It is clear that the drastic actions taken in response to COVID-19 also constitute “a major disruptor.” In a just-published letter to the editor of the journal Toxicology, Polish and German scientists summarize a new analysis showing that coronavirus infection “runs its course, peaks at about 7-8 weeks and then falls off, regardless of what public health measures are taken.” Stated another way, the data do not support the conclusion that lockdown measures halted the spread of the virus. Will this compelling information prompt Fauci to admit that his rushed mRNA vaccine is dangerous or that the narrative that vaccines are the answer for all diseases is fatally flawed? It’s probably best not to hold our breath for that kind of “retraction.”

The post Fauci: Steering the Pandemic Narrative Toward Vaccine “Solutions” Is Nothing New appeared first on Children's Health Defense.

Fauci: Steering the Pandemic Narrative Toward Vaccine “Solutions” Is Nothing New