A (now former) Amazon driver, Derick Lancaster, took to social media yesterday to inform the world not only that he was quitting his job as an Amazon driver, but also of the location of his fully stocked delivery van, which he claims to have left at a Metro Detroit gas station.

“Fuck that driving shit,” Lancaster tweeted, alongside the location of his apparently abandoned delivery van. “It’s full of gas with the keys in the ignition,” he said.

I quit amazon fuck that driving shit i left the van on 12 mile and Southfield y’all can have that bitch and it’s full of gas wit the keys in the IGNITION .

Lancaster says he was working for Amazon for 5 months “and was based out of Amazon’s Hazel Park delivery station.” After starting with a position in the warehouse, he switched to delivery, the report says.

He said that while warehouse workers have a set schedule, drivers can’t go home at the end of the day until all of their packages are delivered. “You work for every penny when you’re delivering,” he said. Oh, the horror of having to work for your money. 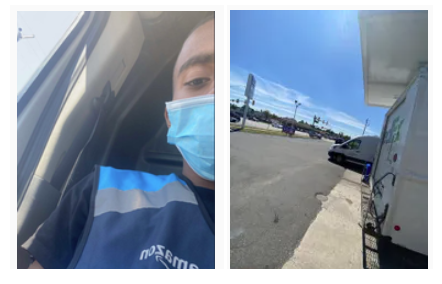 Lancaster also said he used a rideshare service to pick him up and take him home after abandoning his van. He said he wasn’t worried about customers getting their packages and said “They’re going to get them regardless.”

“I didn’t think it would pop off the way it did. I guess it touched a lot of people’s hearts who think Amazon overworks people,” he concluded.