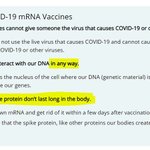 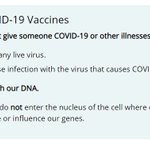 In Fall of 2021, one of the largest student walkouts against school vaccine mandates took place in Northern California. See the impact this grassroots uprising had on the entire state and how you too can inspire change in your community.

PARENTS FIGHT BACK AND WIN

In Fall of 2021, one of the largest student walkouts against school vaccine mandates took place in Northern California. See the impact this grassroots...

I hereby invite every @CDCgov employee and the @CDCDirector to sign the @gbdeclaration. It feels good to start believing in science and the basic principles of public health again, doesn't it? https://twitter.com/Saikmedi/status/1557954660891127810

Are you a nurse or healthcare worker who refused the flu shot and is being forced to wear a mask by your employer during the flu season? A major win for both science and the exercise of informed consent has just occurred thanks to the work of the Ontario Nurses Association (ONA). The legal victory appears to have made a major advancement towards settling the vaccination or mask (VOM) policies being implemented at hospitals and care facilities.

The policies in question state that for those healthcare workers, including nurses, who have not received the annual influenza vaccine a surgical or procedural mask must be worn in areas where patients are present and/or patient care is delivered during all or most of the flu season.

ONA immediately contested the VOM policy in every Ontario hospital where it was introduced. It was in 2014 when the ONA’s first legal challenge to the VOM policy was heard against Sault Area Hospital, designated as the lead case.

After hearing multiple days of evidence, Arbitrator James K.A. Hayes gave this statement in conclusion of the case:

“I find that the Policy was introduced at SAH for the purpose of driving up vaccination rates. I also find that the weight of scientific evidence said to support the VOM Policy on patient safety grounds is insufficient to warrant the imposition of a mask-wearing requirement for up to six months every year. Absent adequate support for the freestanding patient safety purpose alleged, I conclude that the Policy operates to coerce influenza immunization and, thereby, undermines the collective agreement right of employees to refuse vaccination.”

After the Hayes award/decision, many hospitals discontinued their VOM policy. However, some hospitals did not do so, necessitating a second case against St. Michael’s hospital. This second case spanned from 2016-2018 and was vastly more extensive in its scope of evidence and expert commentaries than the original Sault Area Hospital case. It appears that simply saying the science was settled regrading flu shots wasn’t enough as the court decision document states:

The case outline states that St. Michael’s VOM policy was based on a recommendation drafted by a working group of the Toronto Area Health Sciences Network (TAHSN) composed of 13 Toronto-area teaching hospitals. The policy recommendation was made in the admitted absence of direct evidence that mask-wearing healthcare workers protected patients from influenza; but on the basis of “indirect evidence [that] suggests it does.” Neither the TAHSN report, nor any of the evidence presented by St. Michael’s at the hearing, established that the use of surgical and procedural masks by unvaccinated nurses reduced the risk of transmission of influenza to patients or led to a reduction in outbreaks. Meanwhile, in 2017 the journal PLOS One published a study looking at the data from four trials used to justify VOM policies. The authors concluded that the research used to justify mandatory flu shots for health sector workers is flawed and that the policies cannot plausibly produce the benefits that had been widely assumed.

At face value, wearing a mask sounds like a reasonable measure for healthcare workers in an attempt to stop influenza transmission. Lisa Brosseau is a professor of environmental and occupational health sciences in the UIC School of Public Health whose reporting and evidence  ONA pointed to as a masking expert in this case. After canvassing all the relevant literature, Professor Brosseau wrote: “It is my opinion that the surgical masks required for unvaccinated staff at St. Michael’s Hospital will offer no or a very low level of protection from infectious aerosols either for the wearer exposed to nearby patients or for patients exposed to an infected wearer.” Referring specifically to surgical and procedural masks, she testified, “…none of the surgical masks exhibited adequate facial fit characteristics to be considered respiratory protection devices.” In particular, surgical and procedural masks did not prevent influenza transmission by an infected person as she stated further, “In addition to having filters that do not perform very well, the fit of these masks on your face will allow a lot of leakage around the side.”

The ONA also argued during their case the reality of mismatching the vaccine flu strain in any given year. Vaccine manufacturers must guess at what strain may be dominate in the upcoming season in order to begin production before flu season starts. It is widely known that even in the best year – the best match – the flu shot was only partially successful. In a 2018 ScienceMag.com article titled Why Flu Vaccines So Often Fail, University of Minnesota epidemiologist Michael Osterholm calls the flu shot “a terribly inadequate vaccine for a serious health threat.” Given the facts about mismatched flu strains and flu shot ineffectiveness, sometimes reporting zero percent, ONA argued both vaccinated and unvaccinated healthcare workers could transmit influenza to patients, but only unvaccinated individuals were required to mask.

ONA suggests that the true purpose of the VOM policy was to increase vaccination rates by offering up an “unpalatable alternative” – wearing close to useless, inconvenient and burdensome masks for months on end. Furthermore, ONA argued that the VOM policy must address a real, not imaginary, problem within the hospital. Yet St. Michael’s experts could not produce valid evidence of any demonstrated need, and no evidence of the degree to which unvaccinated healthcare workers were the cause of influenza. Likewise, there was a complete absence of quantification of the amount of influenza that was preventable by surgical and procedural masks.

Unlike the 2015 ruling by Arbitrator Hayes, the recent 2018 ruling in the St. Michael’s case found the hospital was acting in good faith and believed the VOM policy to be in the best interests of its patients. However, the St. Michael’s ruling stated that “…acting in good faith is not enough alone to establish that a unilateral employer policy is reasonable where, as here, it is inconsistent with the collective agreement and where it sits on a shaky evidentiary foundation.”

With a track record of legal losses, mounting scientific evidence showing ineffectiveness and greater numbers of healthcare workers exercising their rights to avoid the flu shot, will more hospitals do away with their unjust VOM policies?