crickets: it's what's for dinner 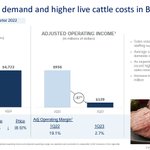 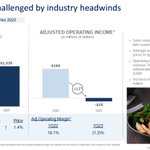 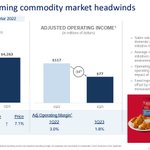 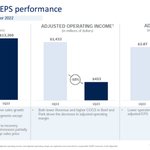 Protein inflation is done. Someone send the Tyson Earnings presentation to the @federalreserve 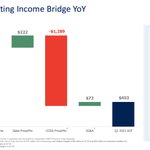 RUSSIA SOLD 3.63T OF GOLD FROM WEALTH FUND IN JANUARY

Freddie Mac Launches “3% Down” Mortgage With No Income Restrictions

It’s been a while since the US made a wholesale push to get more cash and income-strapped households into the ever more unaffordable American dream of owning a house, three years to be exact, which is nationalized housing agency Freddie Mac rolled out a conventional mortgage that only required a 3% down payment for certain borrowers.

The problem is that what modest limitations the mortgage program had, meant that most Americans who needed access to it would be excluded. The program, which as we described at the time, was designed for qualified (that being the key word) low-and moderate-income borrowers – i.e., Millennials – saw limited progress over the last few years, with FHFA Director Mel Watt telling Congress last year that Freddie’s 3% down program (along with a similar one from Fannie Mae) was continuing to grow.

It just wasn’t growing fast enough, because apparently putting 3% down is an increasingly greater challenge for most Americans.

So fast forward to last week, when Freddie Mac announced on Thursday it was about to supercharge its 3% down program and launch a widespread expansion of the offering: yes, Freddie Mac announced that it is rolling out a new conventional 3% down payment option for qualified first-time homebuyers, with one small difference: there are no geographic restrictions; more importantly there are no income restrictions. To wit:

In other words, whereas many Americans could not qualify for the original 3% down program because, well, they lacked virtually any income, that will no longer be a hindrance and the government will effectively backstop the lack of income as a new wave of ‘income-challenged’ Americans rushes in to buy houses.

Amusingly, the new program, which is called HomeOne (full brochure below), puts Freddie Mac in direct competition for mortgage business with the Federal Housing Administration, which also only requires 3% down on some mortgages.

Furthermore, according to Freddie Mac, this new offering is not replacing its Home Possible 3% down mortgages. Rather, the program is meant to complement the Home Possible program, which will still be available to low-and moderate-income borrowers.

It was not quite clear how it is responsible to lend money to households which have saved only enough to put down 3% equity value, oh, and which have no income to even give the false impression their equity stake may grow in the future.

It gets better. As Housing Wire summarizes the terms of HomeOne, Freddie Mac said that the new mortgage is designed for first-time homebuyers, who currently make up nearly half of all home purchases.

According to Freddie Mac, a HomeOne mortgage must be underwritten through its Loan Product Advisor, which makes a complete risk assessment based on several factors as it relates to credit, capacity and collateral.

Additionally, the HomeOne mortgage is offered only for conforming fixed-rate mortgages that are secured by a 1-unit primary residence. And, at least one of the borrowers must be a first-time homebuyer.

There is one potential hurdle: when all the borrowers are first-time homebuyers, at least one borrower must participate in homeownership education in order to qualify for the mortgage.

Yes, one may have no income and still qualify as long as one watches a few videos explaining why having an income is critical to avoid having another housing market crash, or something.

None of that matters however, as the US government is once again clearly more interested in well and truly blowing another housing bubble, where not Countrywide or New Century, but the government itself is issuing NINJA loans.

“The HomeOne mortgage will provide our customers the flexibility they need to help borrowers anywhere in the country achieve the milestone of homeownership and overcome the common down payment resource hurdle,” Gardner continued. “HomeOne is a great solution for aspiring homebuyers to grab that first rung of the property ladder and enjoy the financial and social benefits of participating in homeownership.”

What was unsaid is that now that rates just happen to be rising, making homes even more unaffordable and resetting ARM mortgages higher, the generously funded by taxpayers HomeOne also assures another housing crisis, and even more GSEs/Fredde/FHA bailouts in the near future.

The fun beguns on July 29, 2018, when the new HomeOne mortgage will become available.  For more, check out the program detail and marketing materials from Freddie Mac.

Freddie Mac Launches “3% Down” Mortgage With No Income Restrictions