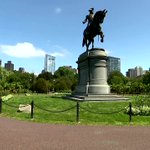 Farmers had to fight to stay in the green, thanks to coronavirus. Sunday on Full Measure, we follow the season from planting to harvest. @ScottThuman #fallharvest 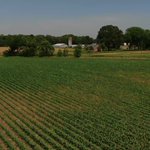 Coming up this Sunday, should biological males compete on the girls’ team? The transgender debate in high school sports. #transgenderathletes

How quickly are American sports fans returning to the stands? Scott Thuman reports from the sports zone. http://fullmeasure.news/news/shows/return-of-sports

Could California’s deadly wildfires be caused by something other than global climate change? http://fullmeasure.news/news/shows/california-wildfires-09-24-2020

In this week’s follow the money – controversial political spending through Earmarks. Many say it’s a sneaky way Democrats and Republicans in Congress spend taxpayer dollars – on projects that benefit them – but may not be best for all of us. After much criticism, Republicans led the way to a ban on earmarks in 2011. But that doesn’t mean they were gone forever. Joce Sterman talks with Tom Schatz, the head of the watchdog: Citizens Against Government Waste.
———
Full Measure is a weekly Sunday news program focusing on investigative, original and accountability reporting. The host is Sharyl Attkisson, five-time Emmy Award winner and recipient of the Edward R. Murrow award for investigative reporting. She is backed by a team of award winning journalists.