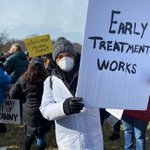 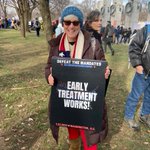 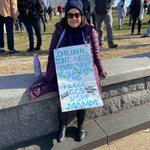 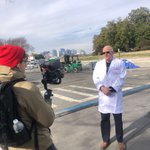 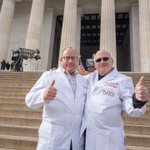 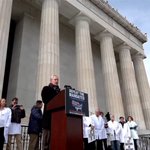 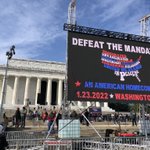 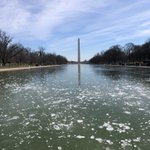 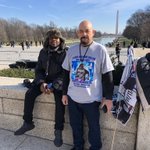 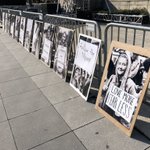 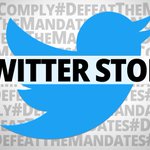 Gandhi—Words From 100 Years Ago on Vaccination

Gandhi’s depictions of his time give historical perspective to battle we are fighting currently. The following excerpt is taken from Ghandi’s writings:

“The process of vaccination consists in injecting into the skin the liquid that is obtained by applying the discharge from the body of a small-pox patient to the udder of a cow. The original theory was that a single vaccination would suffice to keep a man [Pg 106] immune from this disease for life; but, when it was found that even vaccinated persons were attacked by the disease, a new theory came into being that the vaccination should be renewed after a certain period, and to-day it has become the rule for all persons—whether already vaccinated or not—to get themselves vaccinated whenever small-pox rages as an epidemic in any locality, so that it is no uncommon thing to come across people who have been vaccinated five or six times, or even more.

Vaccination is a barbarous practice, and it is one of the most fatal of all the delusions current in our time, not to be found even among the so-called savage races of the world. Its supporters are not content with its adoption by those who have no objection to it, but seek to impose it with the aid of penal laws and rigorous punishments on all people alike. The practice of vaccination is not very old, dating as it does only from 1798 A.D. But, during this comparatively short period that has elapsed, millions have fallen a prey to the delusion that those who get themselves vaccinated are safe from the attack of small-pox. No one can say that small-pox will necessarily attack those who have not been vaccinated; for many cases have been observed of unvaccinated people being free from its attack. From the fact that some people who are not vaccinated do get the [Pg 107] disease, we cannot, of course, conclude that they would have been immune if only they had got themselves vaccinated.

Moreover, vaccination is a very dirty process, for the serum which is introduced into the human body includes not only that of the cow, but also of the actual small-pox patient. An average man would even vomit at the mere sight of this stuff. If the hand happens to touch it, it is always washed with soap. The mere suggestion of tasting it fills us with indignation and disgust. But how few of those who get themselves vaccinated realise that they are in effect eating this filthy stuff! Most people know that, in several diseases, medicines and liquid food are injected into the blood, and that they are assimilated into the system more rapidly than if they were taken through the mouth. The only difference, in fact, between injection and the ordinary process of eating through the mouth is that the assimilation in the former case is instantaneous, while that in the latter is slow. And yet we do not shrink from getting ourselves vaccinated! As has been well said, cowards die a living death, and our craze for vaccination is solely due to the fear of death or disfigurement by small-pox.

I cannot also help feeling that vaccination is a violation of the dictates of religion and morality. [Pg 108] The drinking of the blood of even dead animals is looked upon with horror even by habitual meat-eaters. Yet, what is vaccination but the taking in of the poisoned blood of an innocent living animal? Better far were it for God-fearing men that they should a thousand times become the victims of small-pox and even die a terrible death than that they should be guilty of such an act of sacrilege.

Several of the most thoughtful men in England have laboriously investigated the manifold evils of vaccination, and an Anti-Vaccination Society has also been formed there. The members of this society have declared open war against vaccination, and many have even gone to gaol for this cause. Their objections to vaccination are briefly as follows:

(1) The preparation of the vaccine from the udder of cows or calves entails untold suffering on thousands of innocent creatures, and this cannot possibly be justified by any gains resulting from vaccination.

(2) Vaccination, instead of doing good, works considerable mischief by giving rise to many new diseases. Even its advocates cannot deny that, after its introduction, many new diseases have come into being.

(3) The vaccine that is prepared from the blood of a small-pox patient is likely to contain and [Pg 109] transmit the germs of all the several diseases that he may be suffering from.

(4) There is no guarantee that small-pox will not attack the vaccinated. Dr. Jenner, the inventor of vaccination, originally supposed that perfect immunity could be secured by a single injection on a single arm; but when it was found to fail, it was asserted that vaccination on both the arms would serve the purpose; and when even this proved ineffectual, it came to be held that both the arms should be vaccinated at more than one place, and that it should also be renewed once in seven years. Finally, the period of immunity has further been reduced to three years! All this clearly shows that doctors themselves have no definite views on the matter. The truth is, as we have already said, that there is no saying that small-pox will not attack the vaccinated, or that all cases of immunity must needs be due to vaccination.

(5) The vaccine is a filthy substance, and it is foolish to expect that one kind of filth can be removed by another.

By these and similar arguments, this society has already produced a large volume of public opinion against vaccination. In a certain town, for instance, a large proportion of the people refuse to be vaccinated, and yet statistics prove that they are singularly free from disease. The fact of the [Pg 110] matter is that it is only the self-interest of doctors that stands in the way of the abolition of this inhuman practice, for the fear of losing the large incomes that they at present derive from this source blinds them to the countless evils which it brings. There are, however, a few doctors who recognise these evils, and who are determined opponents of vaccination.

Those who are conscientious objectors to vaccination should, of course, have the courage to face all penalties or persecutions to which they may be subjected by law, and stand alone, if need be, against the whole world, in defence of their conviction.”

The post Gandhi—Words From 100 Years Ago on Vaccination appeared first on Children's Health Defense.

Gandhi—Words From 100 Years Ago on Vaccination