TRUMP THREATENS TO CUT OFF SCHOOL FUNDING IF THEY DON'T REOPEN 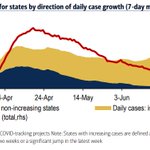 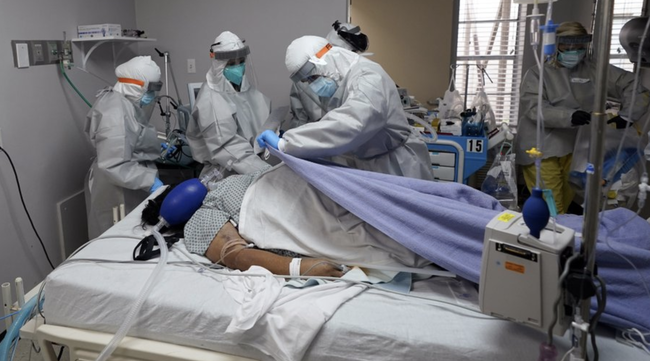 The protective benefits of masks outdoors are believed to be negligible, unless one is in a crowd where social distancing guidelines can't be adequate...

Tesla's Moonshot, How High Can It Go? https://www.zerohedge.com/technology/teslas-moonshot-how-high-can-it-go

Earlier this week, JPMorgan reported that its loan loss provision surged five fold to over $8.2 billion for the first quarter, the biggest quarterly increase since the financial crisis (even if its total reserve for losses is still a fraction of what it was during the 2008-2009 crash). 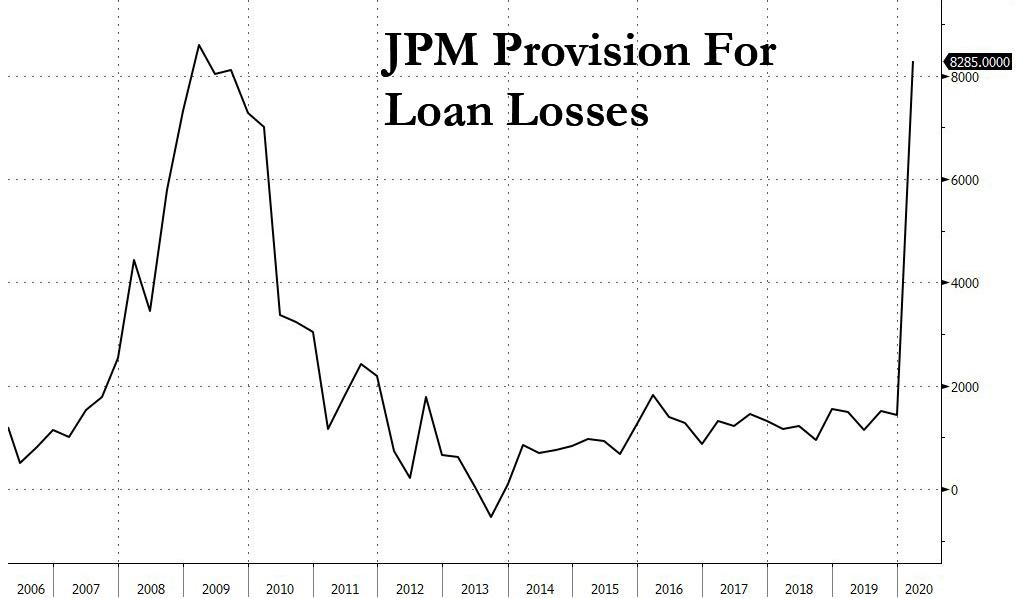 And while Jamie Dimon was mum on how much more losses the bank may be forced to take in coming quarters to offset the coming default surge (something we discussed in Houston: The Banks Have A Huge Problem), it hinted that things are about to get much worse when it first halted all non-Paycheck Protection Program based loan issuance for the foreseeable future (i.e., all non-government guaranteed loans) because as we said “the only reason why JPMorgan would “temporarily suspend” all non-government backstopped loans such as PPP, is if the bank expects a default tsunami to hit coupled with a full-blown depression that wipes out the value of any and all assets pledged to collateralize the loans.”

Then, just a few days later, the bank also said it would raise its mortgage standards, stating that customers applying for a new mortgage will need a credit score of at least 700, and will be required to make a down payment equal to 20% of the home’s value, a dramatic tightening since the typical minimum requirement for a conventional mortgage is a 620 FICO score and as little as 5% down. Reuters echoed our gloomy take, stating that “the change highlights how banks are quickly shifting gears to respond to the darkening U.S. economic outlook and stress in the housing market, after measures to contain the virus put 16 million people out of work and plunged the country into recession.”

In short, JPM appears to be quietly exiting the origination of all interest income generating revenue streams over fears of the coming recession, which prompted us to ask “just how bad will the US depression get over the next few months if JPMorgan has just put up a “closed indefinitely” sign on its window.”

That question was especially apt today, when JPM exited yet another loan product, when it announced that it has stopped accepting new home equity line of credit, or HELOC, applications. The bank confirmed that this change was made due to the uncertainty in the economy, and didn’t give an end date to the pause according to the Motley Fool.

Like in the other previous exits, the move doesn’t affect customers who already have HELOCs with the bank. They’ll still be able to withdraw funds on their existing HELOCs as they wish.

With HELOCs generally seen as riskier for banks than purchase or refinance mortgages as they represent a second lien on the home, it was only a matter of time before the bank – which had already exited new first-lien loan issuance would but up a “closed” sign on this particular product.

In short, JPMorgan wants no part of the shitstorm that is about to be unleashed on middle America, and especially the housing sector which is about to be hammered like never before.

While the U.S. housing market was on a steady footing earlier this year, all hell broke loose as a result of the economic paralysis and deepening depression resulting from the Coronavirus pandemic. And with would-be home buyers unable to view properties or close purchases due to social distancing measures, the health crisis now threatens to derail the sector, especially as banks are going to make it next to impossible to get a new mortgage.

To be sure, as we reported last week the residential mortgage market is already freefalling after borrower requests to delay mortgage payments exploded by 1,896% in the second half of March. And unfortunately, this is just the beginning: last week, Moody’s Analytics predicted that as much as 30% of homeowners – about 15 million households – could stop paying their mortgages if the U.S. economy remains closed through the summer or beyond. Bloomberg called this the “biggest wave of delinquencies in history.”

This would result in a housing market depression and would lead to tens of billions in losses for mortgage servicers and originators such as JPMorgan.