*BANK OF AMERICA GAINS 4.8% AT THE OPEN AS LOAN BALANCES RISE

Hard to imagine a more resounding empirical destruction of 4 years of Russia punditry than Putin’s response to the Biden presidency over Ukraine. https://twitter.com/ggreenwald/status/1483580644047433738

The disconnect between valuations for innovative companies in the public vs. private markets is as wide as I ever have seen. The arbitrage opportunity is enormous. https://twitter.com/mfriedrichark/status/1483465497303830529

Before we get started today, let’s take a minute to review…

Now that the administration is “all in” on social distancing as America battles what is now the biggest novel coronavirus outbreak in the world, President Donald Trump warned that Americans are heading for a “horrendous” two or three weeks as they hunker down at home, reiterating his warning about “painful” times ahead, while raising the possibility that the government might shutter all remaining domestic flights between coronavirus ‘hot spots’ in the US like NYC and Miami. 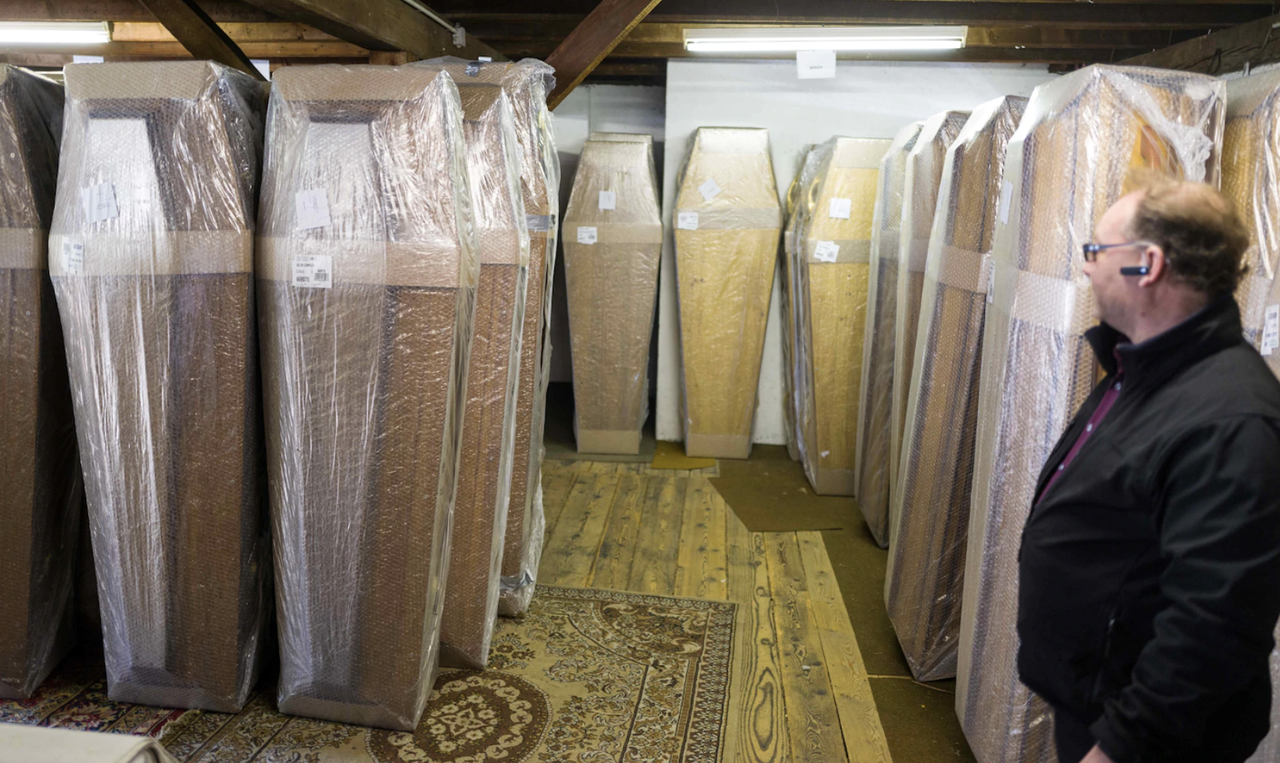 Looking ahead, economists are bracing for Thursday’s initial jobless claims to jump as much as 5 million – maybe even 6.5 million – after yesterday’s ADP report on private employment, and after last week’s record 3.3 million jump.

“I am looking where flights are going into hot spots.” Trump replied when asked if he was considering a temporary ban on all domestic flights. “Some of those flights I didn’t like from the beginning, but closing up every single flight on every single airline, that’s a very, very, very rough decision. But we are thinking about hot spots, where you go from spot to spot, both hot. And we’ll let you know fairly soon.”

“We’re certainly looking at it but once you do that you really are clamping down on an industry that is desperately needed,” Trump said.

NYC remains the epicenter in the US, with more than 1,374 deaths, more than double the death toll from the rest of the state (585). The global case count is quickly heading toward the big 1 million (last count: 939,436) as case numbers in the US and Europe surge (even as Italy and Spain show the first signs of a ‘plateau’ of new cases) while China, South Korea and other Southeast Asian nations and territories (Thailand, Malaysia, Hong Kong) report a second wave. Around the world, 76,836 cases were reported yesterday.

More than 10,000 people have now died in Spain after contracting coronavirus, with a record 950 of them dying on Wednesday, the latest in a grim streak of daily death-toll records. Death toll records released Thursday morning in Spain showed the official death toll hitting 10,003, up from 9,053 the day before.

Spain now has 110,238 confirmed cases of coronavirus, an 8% increase. Though that’s slowed from the ~25% daily jumps seen earlier this month, it doesn’t change the fact that Spain is 2.5 weeks into a shelter in place-style lockdown. Thanks to the lockdown, Spain recorded its biggest jump in unemployment in its history, with more than 800,000 people filing for benefits last week.

As it turns out, the US isn’t the only developed western country that is ill-prepared to ramp up testing for the novel coronavirus: As angry tabloid headlines bash the British government, led by a currently sickened PM Boris Johnson, a top British health official expressed frustration with the government’s struggles to provide enough tests, claiming that “everybody involved is frustrated” as the UK scrambles to ramp up testing, the FT reports.

Fortunately, London’s Francis Crick Institute has developed a rapid diagnostic coronavirus test and says it hopes to test 500 frontline workers a day from next week.

Though the US government is preparing to bail out American airlines, international airlines remain locked in a free fall: On Thursday, British Airways is expected to announce plans to suspend about 32,000 employees as it seeks to cut costs now that nobody is flying unless they absolutely need to.

As businesses continue to struggle with planning for the future, a new report from the UN Department of Economic and Social Affairs said the global economy could shrink by almost 1% before year’s end. Before the outbreak, they had anticipated growth of 2.5%, the Washington Post reports.

Now that the 2020 Tokyo Games have been officially postponed until next year (they’re still the 2020 Games though), Japan can focus on fighting the virus without that albatross around its neck: But as the country stands “on the very brink” of a coronavirus crisis, Prime Minister Shinzo Abe has resisted calls to try and enforce a state of emergency and other measures. Instead, he’s planning to send every household two small washable cloth masks, a decision that has earned him no shortage of ridicule.

Abe’s “two masks” plan was brutally mocked on social media, with many questioning how the masks would be split between a whole family.

Tokyo alone reported 97 new cases on Thursday, a new record high, and the latest in a two-week resurgence that has turned back the clock on Japan’s fight against the virus.

As more government officials catch the virus, the Philippine ambassador to Lebanon died of complications arising from the virus this week, the country’s Department of Foreign Affairs announced on Thursday. Ambassador Bernardita M. Catalla, a nearly 30-year veteran of the diplomatic corps., died in Beirut early Thursday morning.

Finally, as Indians continue to grumble about that the inept implementation of that country’s three-week lockdown, imposed despite a relative dearth of cases as officials feared rapid spreading in the country’s slums, the death of a middle-aged man in Mumbai’s Dharavi slum has stoked worries about the highly contagious virus ripping through what’s widely regarded as the largest slum in Asia.