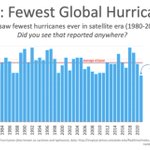 by moving the goalposts no more than 10 times per day

1. While volatility in the bond market remains suppressed, the global equity complex continues to feature pockets of high velocity (incidentally, I don’t think those statements are mutually exclusive).  The story of the week was the breakout in Chinese equities, which have added $1tr of market cap since the end of June.  One can argue that elements of retail fever have spread into the region — the GS basket of Asia retail favorites, GSSZRFAV, is now 77% off the March lows — with seemingly clear (if tacit) support from the government.  Note that A-share volumes haven’t been this high since the equity boom-then-bust cycle of 2015 — an experience one should remember clearly — while also noting that margin balances are considerably lower today.  I tend to come out where GIR’s Kinger Lau does: +15% over the next 1-3 months, but flat out one year (link).

2. The China story is part and parcel of a broader theme we can detect clearly in our franchise: increased interest in non-dollar equity markets, including Asia and perhaps most pronounced in Europe.  I recognize and respect the noise factor in the US over the next four months … and, that the more cyclically-driven laggards will most surely outperform on the realization of a vaccine … but, that doesn’t translate to an anti-US equity bias for me (I still like NDX on a tactical basis), Rather it argues for having upside on some other horses like EEM, which I think offers attractive upside convexity.  Furthermore, in the context of portfolio construction, I have some sympathy for downside on the dollar … again, not b/c I’m negative on the US, but rather b/c the Fed is out-stimulating the field and the carry advantage is behind us now.

3. I am sober about the fact that the growthy parts of the market are arguably extended — see point 7 below — and, again, I think one needs to diversify the lines they have in the water.  in the very big picture, however, I think the macro equity investor still needs to ask this question when they first open their eyes in the morning: do I want to fight the Fed today or do I want to follow the Fed today?  My point is there’s an ongoing tailwind from the Fed — which is more subtle than it was in April, but is still very significant; it’s not crazy to think that QE could be upwards of $4bn per business day for another few years. In the end, I think that argues for ongoing support to tech multiples, while of course understanding that there will be ebbs and flows along that path.

4. The US election is coming into view, now just 80 trading days out (both a short time and a long time). Like everyone, I’ve been burning some brain cells on the portfolio implications — more to follow, but in good faith the exercise is multifold and complicated.  for now, I’ll attach a very comprehensive note from GIR’s David Kostin and I’ll register a fair take from GIR’s Dominic Wilson: “the dominant market issue in our view so far has been Vice President Biden’s proposal to reverse half of President Trump’s cut in the corporate income tax rate from 35% to 21%, which we think could become a strong possibility in the event of a Democratic ‘sweep.’  Given that such a reversal would translate directly into a hit to after-tax earnings, the implication is that it would flow through to a notable hit to US equity market valuations.  Even here, the picture may be more complicated, however.  There is a good chance that any shift would be fiscally neutral and could also be phased, so the full market impact would depend on what other measures accompanied it (some, like capital gains tax increases, might add to pressures of course).  And given the high level of uncertainty about the broader economic outlook, these shifts may be harder to isolate than in a less volatile market.  we think more attention should be focused on the international implications, where a Democratic presidency is likely to move away from the aggressive use of trade policy in the current administration and adopt a more favorable view of international institutions and alliances” (link).

5. On the topic of sentiment, I stumbled onto this from an email I wrote from this exact week four years ago, which in certain ways is the dead mirror image of today — our problems are most certainly worse, yet some retail investors are gleefully investing in the stock market today in a way they were not back then: “I can see a scenario where years from now we’ll tell stories of the time when the US was barreling towards full employment … and bonds of all kinds offered negative returns … and the Fed put was struck at-the-money on a rolling basis … and gas was cheap … and 80% of the country could refi their mortgage. And, one might say ‘wow, people must have been very happy and made a lot of money in the stock market back then” … and the truthful answer will be ‘no, actually, everybody was kinda miserable and it was a lot harder than it looked.’“

6. Following on from that point, again we can still observe a sharp dichotomy between a younger generation of stock operators (see point 11 below) and an older cohort of ETF/mutual fund investors.  For example, I heard this week that the average age of a trader on the Robinhood platform is around 30 years old, while the average age of a respondent to the AAII survey is something over 55 years old.  And, for as feverish as some of the retail behavior has seemingly been, it also contrasts with the views of the institutional community — in the most recent GS Quick Poll survey, 2-in-3 respondents expect S&P to be lower from here to year end (link).

7. Recently, a client pointed out that the market cap of AAPL is the same as the entire BKX index (US banks).  that spurred an exchange with sales & trading colleague Pete Callahan, who noted the following, all subject to your interpretation:

It’s not totally obvious to me what to do with this, but I do think it’s worth taking stock of where we are.  I’ll say it again: I still like NDX for the near-term as I suspect the Fed isn’t backing down anytime soon and secular growth stocks are the big beneficiary of that … but, for the avoidance of doubt, we’re arguably getting into bubble territory in select parts of this market and a few things are going a bit vertical … which should add volatility to the next phase of the game.

8. Giving credit where it’s due: this is the ratio of the GS hedge fund VIP basket vs S&P.  as GIR’s David Kostin pointed out, since 2001, the basket has posted a 61% quarterly hit rate of outperformance vs the market … an average quarterly excess return of 57bps: 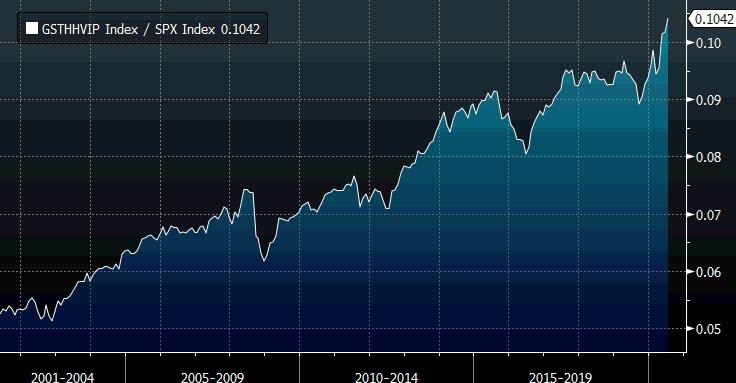 9. As mentioned a few times, investor interest in ESG continues to be a major story — and one that is very clearly manifesting itself in real flow-of-funds (link): 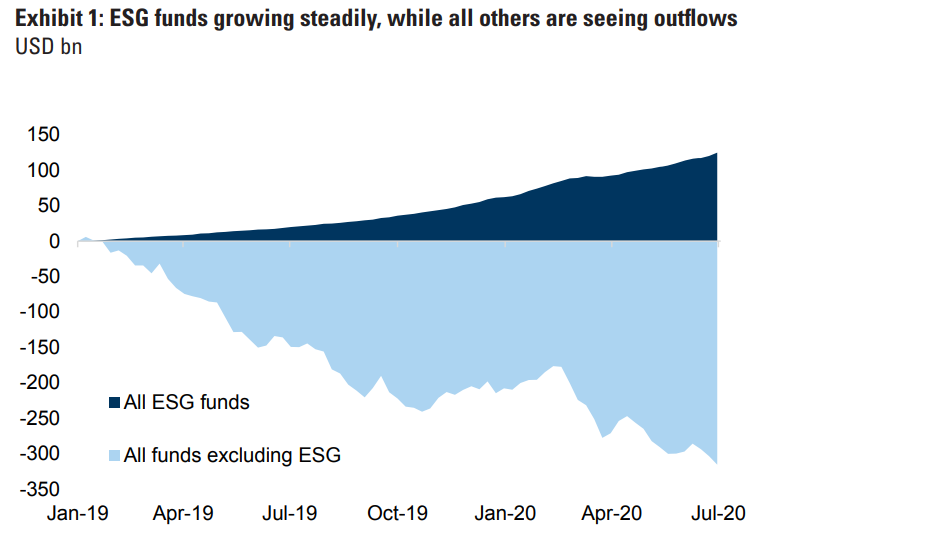 10. On the same topic, witness price action in our Asia renewables basket, ticker GSAPRENE … 22 companies with leverage to batteries, EV, solar and wind:

11. This is specific to the US market: as you can see, the fever has broken in single stock cash volumes … while activity in the market for single stock options remains enormous (which I think reveals some of the US retail investor’s recent participation).  credit Vishal Vivek in GIR: 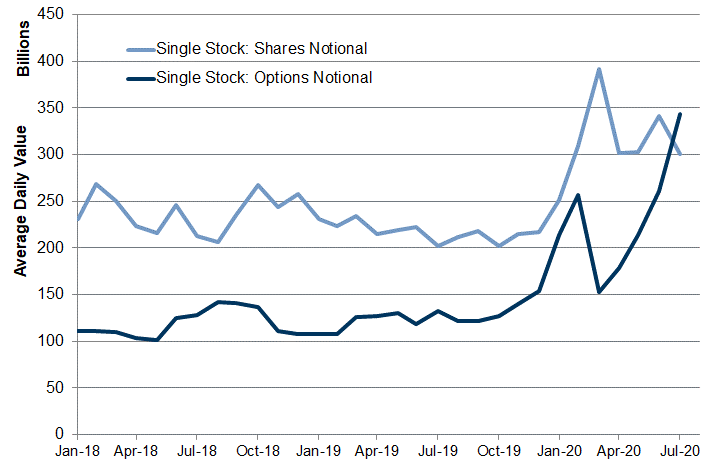 12. thanks to Alison Nathan in GIR, a dose of big picture perspective on S&P realized volatility.  while knowing the second half will likely be less wild than the first half, the punch line is we’re currently tracking for the highest year for actual vol since the Depression: 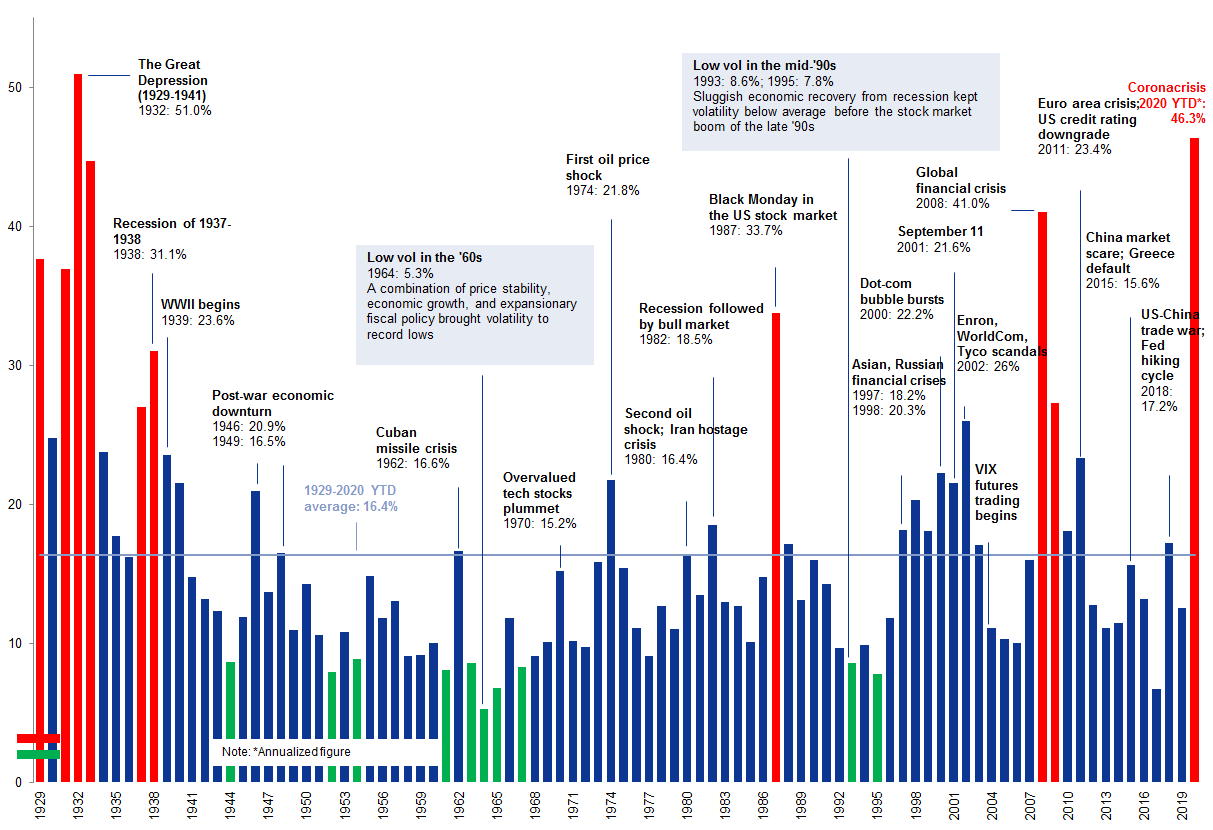