Suppressing speech AFTER it hits the internet is often too late, so we're sending in Officer Witt to catch your thought crimes BEFORE they sprout into disinformation. https://www.prageru.com/video/cops-thought-crimes-unit?utm_source=twitter&utm_medium=post&utm_campaign=will_witt

By definition, gun control laws take guns out of the hands of law abiding citizens. 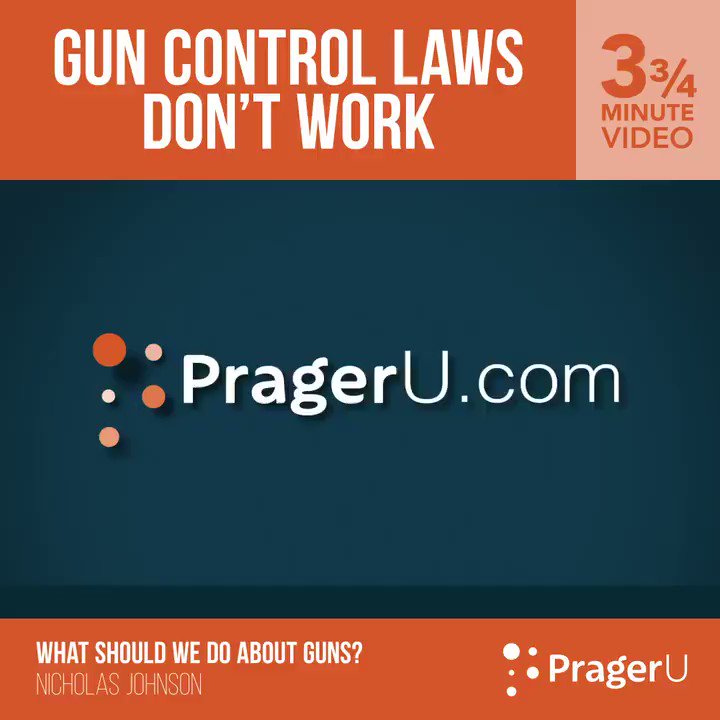 Do you know what percentage of Americans don't pay any federal income taxes? https://www.prageru.com/video/where-does-the-federal-government-get-all-that-money?utm_source=twitter&utm_medium=post

There is systemic racism--its not coming from where the media says it is.
https://www.prageru.com/video/how-to-end-systemic-racism?utm_source=twitter&utm_medium=post&utm_campaign=5minvideos

How is America to be defined? By its failures or its triumphs? Today, there seems to be an obsession with the former and a dismissal of the latter. Is this dark vision of the freest and most prosperous nation on earth an accurate narrative or a cynical distortion? James Robbins, columnist for USA Today and author of "Erasing America," considers that question in this video. How we view America’s past will very much shape America’s future.

Do you remember America?

If you read about it in a history textbook, you probably learned about a land of oppression, racism, sexism, income inequality, police brutality, and imperial wars. (Aside from that, it was a great place.)

That is how America is portrayed in most American high schools and colleges—and in America’s media, films, and by its progressive politicians.

In the words of filmmaker Michael Moore, America is “a nation founded on genocide, built on the backs of slaves, and maintained through the subjugation of women to second-class citizenship and economic disempowerment.”

Is that America’s history? Is that who Americans were—and are?

George Orwell understood that the most effective way to destroy a people is to deny and obliterate their own understanding of their history.

History is much more than a collection of facts. History, and our understanding of it, tells us who we are as a people in the same way your personal memories and experiences define and shape who you are.

When you raise a generation of Americans to hold their country’s past in contempt by exaggerating America’s faults and ignoring its triumphs, then they will have no respect for American institutions or the beliefs on which the nation is based.

It hasn’t always been this way. Until the last few decades, liberals and conservatives alike shared a common understanding of America’s origins, its history, and its mission of spreading liberty—within America and around the world.

They recognized America as the country of the Pilgrims and Jamestown, of the self-evident truths of the Declaration of Independence, of the individual rights won through revolution and secured in the U.S. Constitution.

This was the country of the frontier spirit and of almost unlimited possibilities; the country that paid for the sin of slavery with the carnage of its Civil War; of economic dynamism and endless invention; of unparalleled individual opportunity; and the country that defeated fascism and communism in the 20th century.

Previous generations took all this for granted and reveled in it.

Starting in the 1960s, a new, so-called “progressive,” narrative took hold that sought not to uplift, inspire, and unite, but to demean, degrade and divide. It sought to replace the pride of American achievement with shame.

Ironically, this all happened while America was making extraordinary strides in civil rights—especially for minorities and women.

But anything less than perfection—which can never exist, given that every society is composed of flawed human beings—is now considered a total failure; and victims of the past are elevated as an indictment of the present.

For the complete script, visit https://www.prageru.com/video/goodbye-america