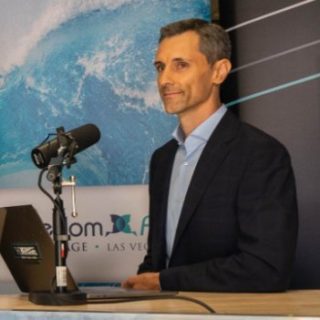 Astonishingly, Fauci is still pushing school closures conditional on community disease spread. There is no public health or scientific justification for it. The kids have suffered enough. https://twitter.com/jacobkschneider/status/1596935850691948544

This story...reflects all that is wrong with so-called public “health” authorities. It shows the serious danger resulting when the CDC’s policies, public claims, and reputation become indistinguishable from its need to defend a product at almost all costs

First part of an incredible story that shows just how broken our public “health” apparatus is: very, very broken.

I am launching a multi-part substack regarding the CDC's premier Covid-19 vaccine safety system: v-safe. It is an incredible story. Lawsuits, shocking revelations, and finding the truth behind their fallen stonewalls. Because the truth matters. Part 1:

First part of an incredible story that shows just how broken our public “health” apparatus is: very, very broken. 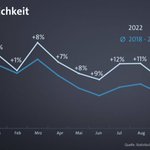 In December of 2017 headlines spread out across corporate media outlets signaling trouble for alternative medicine. Titles reading “FDA plans crackdown on homeopathic remedies” and “FDA takes more aggressive stance towards homeopathic drugs” showed that homeopathy and its remedies were now being targeted. The US Food and Drug Administration (FDA) has been recognizing homeopathic remedies as different from pharmaceutical drugs since 1938. However, recently the FDA is proposing a new “risk-based enforcement approach” to homeopathic remedies. Their approach appears to be targeting marketing claims, identifying harmful ingredients and manufacturing practices which may sound reasonable. With a track record of heavily favoring big industry over public safety many are questioning the integrity of the agency’s move. Far from new, homeopathy has been around since 1790 and enjoys a longer, richer history than our current medical-industrial complex. According to the FDA, the modern homeopathic market has now grown into a $3 billon industry.

The new risk-benefit approach to homeopathy has been brought forward in the absence of evidence by the FDA of any significant danger posed by the products of homeopathy. Minor labeling issues that have occurred in the past from homeopathic products are already regulated under FDA’s guidance section 400.400 detailing conditions under which homeopathic drugs may be marketed. Issues the FDA has raised regarding products labeled as homeopathic in their new 2017 risk-based enforcement approach can already be addressed and corrected as a labeling issue under section 400.400. Commenting in a recent interview, Citizens for Health attorney Jim Turner stated: “We believe this is a legally flawed, very poorly grounded guidance.”

The FDA’s new approach does not establish any new law. It is merely an opinion by the agency, arrived at by their sole decision, laying out how they will treat homeopathic remedies and interpret the law moving forward. The FDA is moving more of their regulations towards guidances creating a situation where the agency can use its own interpretation of the law that has not been passed by Congress or recognized by courts.

The FDA was brought into existence to regulate inherently dangerous products, like pharmaceutical drugs, by weighing both serious potential harms and benefits. Unfortunately, with their new draft the agency is expanding their approach out to homeopathy, an area of medicine that isn’t inherently dangerous.

The FDA was arguable the initial catalyst for the ongoing opioid epidemic in the US by green-lighting OxyContin in 1995. Despite no testing to back up the product label claims the agency approved the drug opening the door for a prolonged American painkiller epidemic whose death toll and suffering rivals major wars. The FDA has also allowed manufacturers of hepatitis B vaccines, the vaccine given on the first day of life to infants, to be approved after only days of pre-licensure safety monitoring for adverse effects. A decision that is now haunting the agency as a body of new research is showing delayed neurological harm after receiving the shots.

Almost on cue to bring balance to the FDA’s recent move, a documentary seven years in the making was also released in 2017. Magic Pills, by director Ananda More, Hom. DHMHS, investigates the evidence, science and use of homeopathy in the real world. In her travels, More documents how homeopathy is being used to treat cancer in India, support the use of antiretroviral medication for HIV/AIDS in Africa and prevent common epidemics in Cuba. She also visits and interviews scientists at university laboratories, where cutting edge experiments is proving that maybe science can’t always explain how nature works. Among many focal points in the film, More shares the results of a homeopathic protocol for brain tumors  commenting in a recent interview:  “We share in the film statistics of over eighty-percent. Which doesn’t mean eighty-percent cure, but it means that a significant portion of those people are having their symptoms get better, their actual tumors shrink, some of them do go into complete remission and others the tumors just stop growing…”

Far from isolated incidents of one-off placebo effects, what More found during her seven-year journey making Magic Pills is that homeopathy was popular among communities and welcomed open documentation. Speaking on the clinics and communities she visited while filming, More stated:

“They gave us free access. Any of these places we visited. If you really want to come look at their numbers, their databases, come take to the patients. We had free reign.”

In homeopathic treatments their exists a much-needed alternative to our present-day pharmaceutical drug ‘health’ paradigm. Compelling scientific research and evidence is supporting the idea that homeopathy can be an effective, affordable and gentle alternative or adjunct to the often toxic conventional medical treatments riddled with serious side effects. Generations of people have now had painfully intimate experiences seeing or experiencing the damaging ‘side effects’ caused by modern-day go-to treatments like drugs, chemotherapy, radiation, vaccines and others. It is only natural that when it comes time for those people to choose a remedy or modality to assist in their healing journey, common sense and intuition activate in the decision process to consider a different route without the inherent risks.

Homeopathy represents only one avenue among many alternative health treatments that have become widely popular in the wake of mainstream medicine’s limited healing options. The way the FDA treats homeopathy will have an impact on the way it treats other forms of alternative medicines and modalities moving forward. It is clear that those who believe in homeopathy have activated, much like their ancestors from previous generations, to protect a health remedy and healing art from overreaching government regulation.