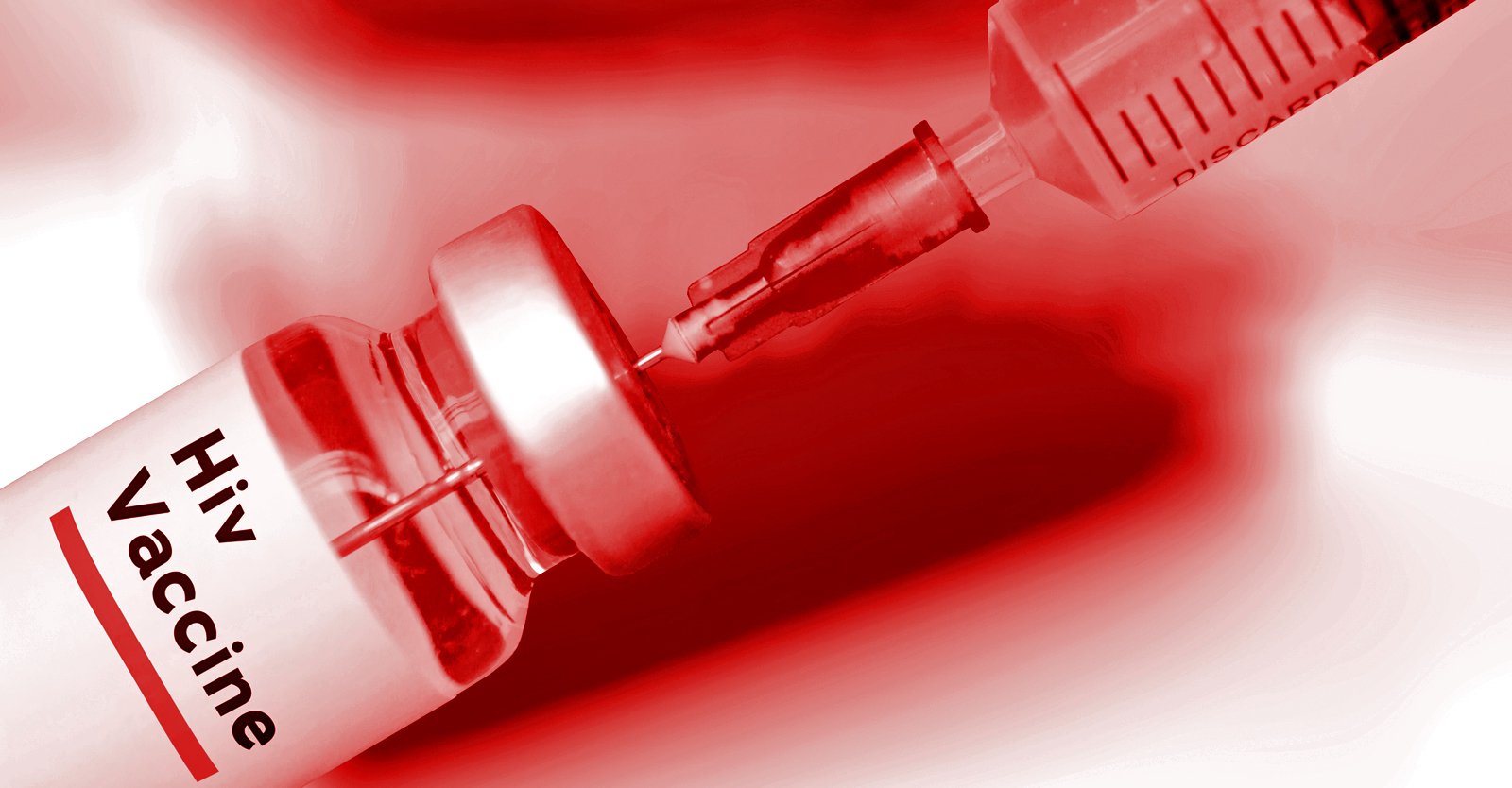 Getting an HIV Vaccine to Market — Is That the Real Goal Behind COVID?

The COVID-19 vaccine is causing AIDS-like immunodepression, which helps create the perception that we have an urgent need for an HIV vaccine. 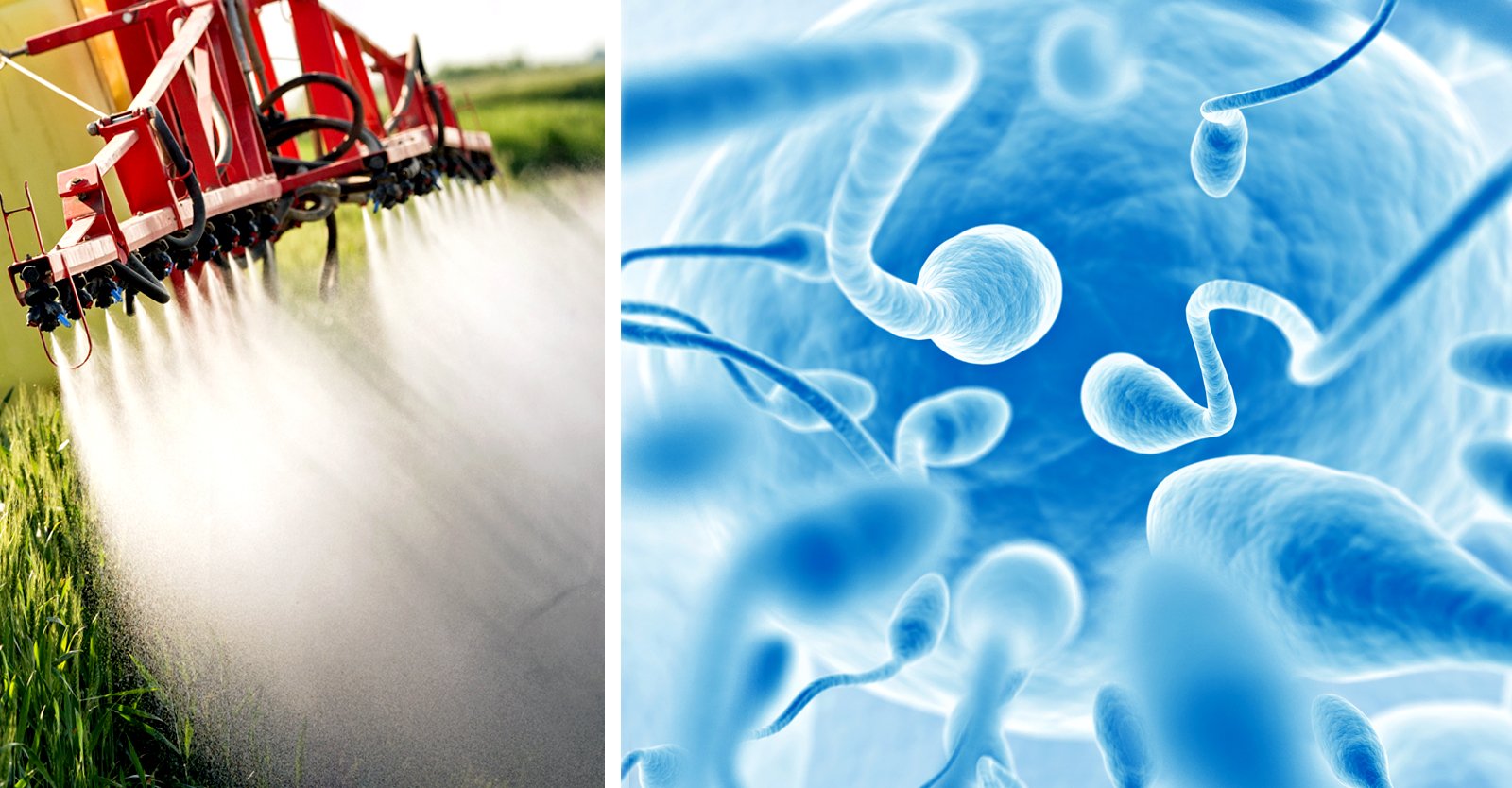 Sounding the Alarm on Connection Between Fertility and Pesticide Exposure 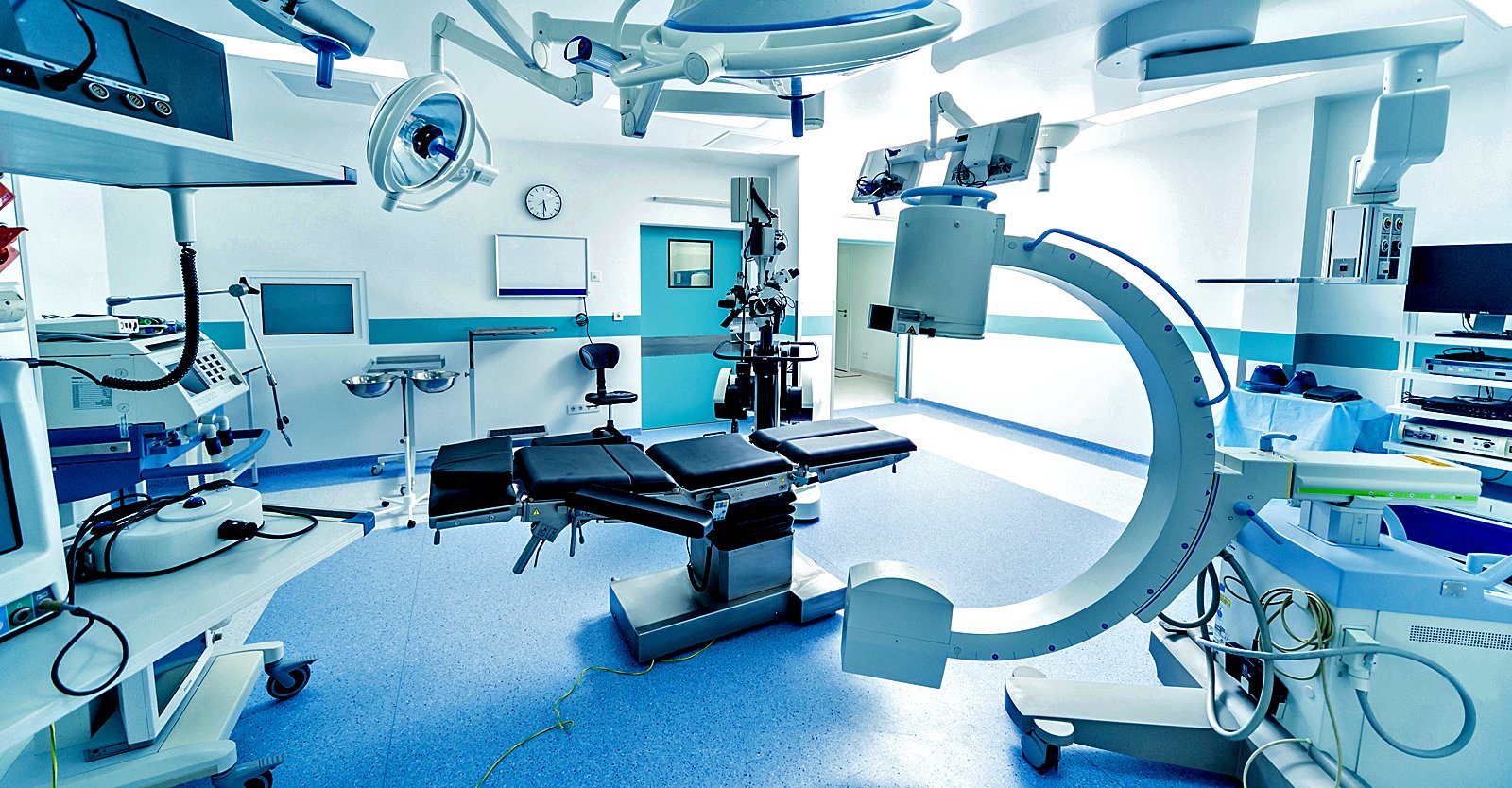 Do Modern-Day ‘High Tech’ Hospitals Facilitate the Spread of Disease?

Modern-day “high-tech” hospitals, with their enclosed, indoor close quarters may be facilitating the spread of disease far more so than op... 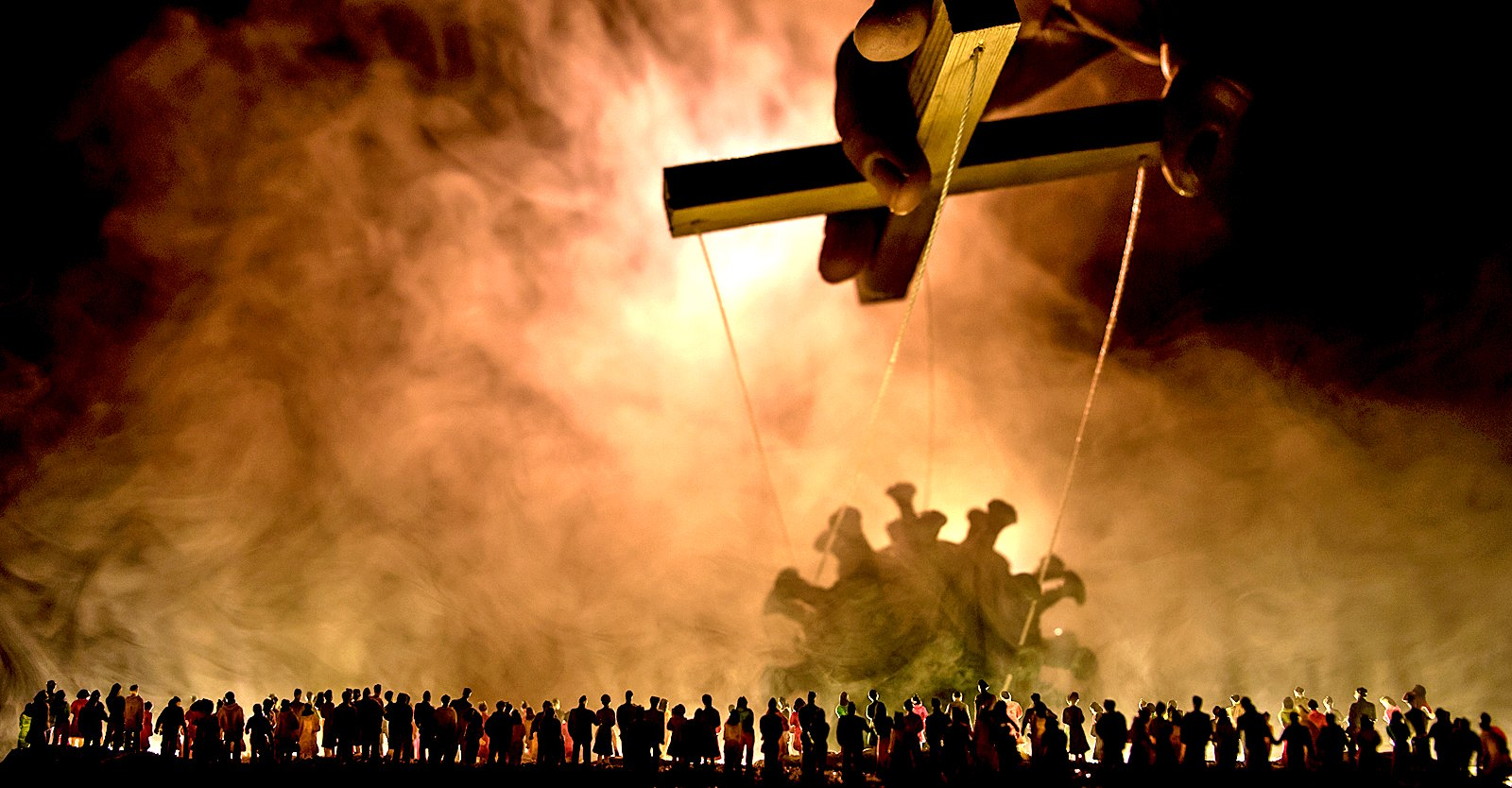 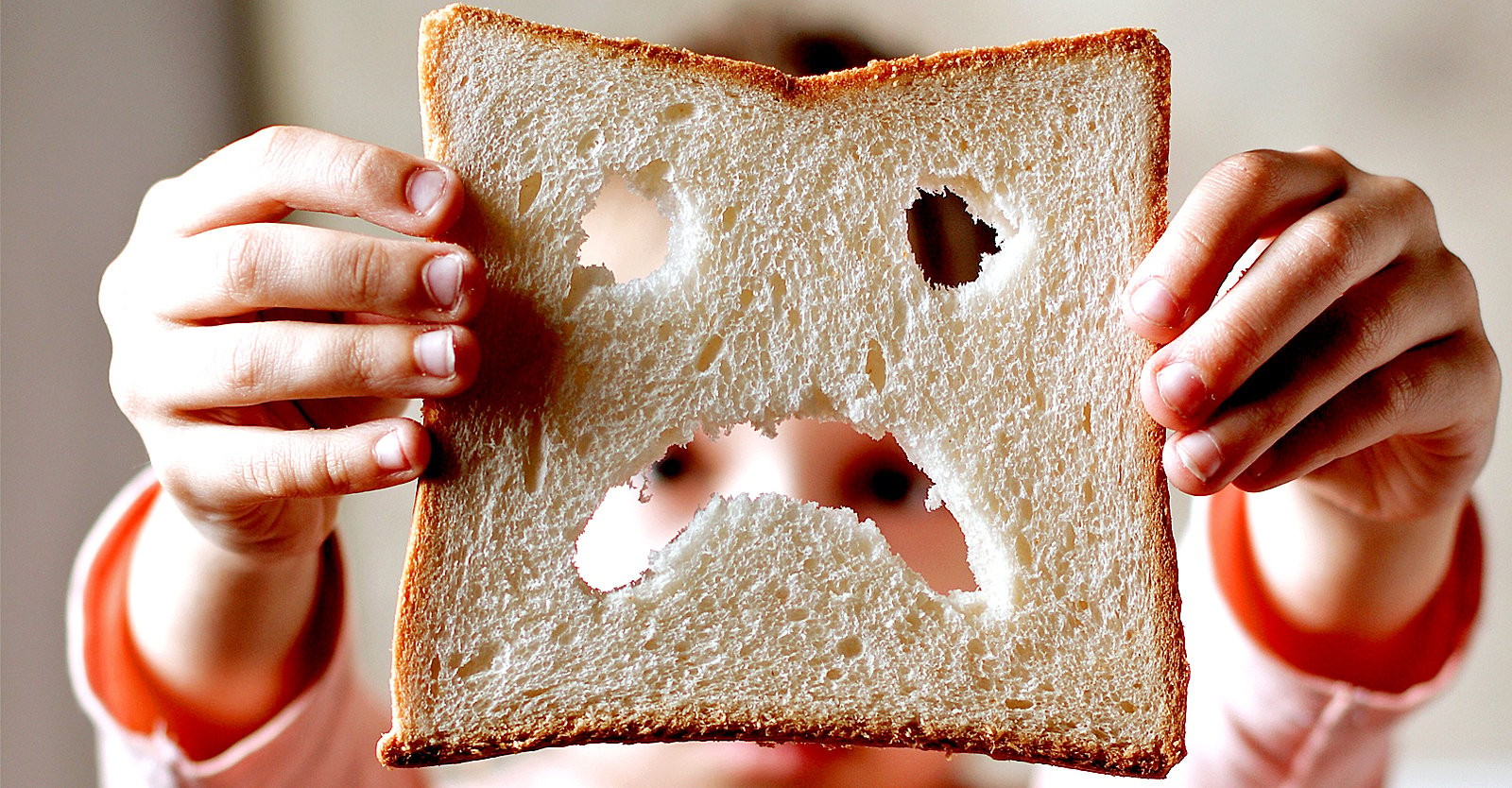 How a Pro-Vaccine Doctor Reopened Debate About Link to Autism

CHD NOTE: On January 13, The Hill newspaper reported on Robert F. Kennedy, Jr.’s allegations of DOJ fraud and obstruction of justice in the Omnibus Autism Proceedings (OAP). The article has received an overwhelming response with over 10,000 shares from The Hill’s website in just over 24 hours – beating the ratings of their other top rated articles 10 times over.

On January 6th, Full Measure news, investigated the story in a 10-minute TV segment entitled: The Vaccination Debate. Robert F. Kennedy, Jr. and Rolf Hazelhurst were interviewed on the DOJ allegations. While current and ex-Congressmen familiar with the allegations were interviewed on the influence of pharma in the debate, the DOJ and CDC refused interviews. CHD has provided background information on the OAP and these disturbing allegations along with an action alert on how the community can help. Today, CHD also issued a press release renewing RFK, Jr. calls for a thorough OIG investigation of DOJ attorneys.

A world-renowned pro-vaccine medical expert is the newest voice adding to the body of evidence suggesting that vaccines can cause autism in certain susceptible children.

Pediatric neurologist Dr. Andrew Zimmerman originally served as the expert medical witness for the government, which defends vaccines in federal vaccine court. He had testified that vaccines do not cause autism in specific patients.

Dr. Zimmerman now has signed a bombshell sworn affidavit saying that there are “exceptions in which vaccinations could cause autism.”

Dr. Zimmerman now has signed a bombshell sworn affidavit. He says that, during a group of 5,000 vaccine-autism cases being heard in court on June 15, 2007, he took aside the Department of Justice (DOJ) lawyers he worked for defending vaccines and told them he’d discovered “exceptions in which vaccinations could cause autism.”

“I explained that in a subset of children, vaccine-induced fever and immune stimulation did cause regressive brain disease with features of autism spectrum disorder,” Dr. Zimmerman now states. [Read full affidavit on Full Measure website]  He said his opinion was based on “scientific advances” as well as his own experience with patients.

For the government and vaccine industry’s own pro-vaccine expert to have this scientific opinion stood to change everything about the vaccine-autism debate — if people were to find out.

Dr. Zimmerman goes on to say that once the DOJ lawyers learned of his position, they quickly fired him and . . . says the DOJ went on to misrepresent his opinion in federal vaccine court to continue to debunk vaccine-autism claims.

Dr. Zimmerman goes on to say that once the DOJ lawyers learned of his position, they quickly fired him as an expert witness and kept his opinion secret from other parents and the rest of the public.

What’s worse, he says the DOJ went on to misrepresent his opinion in federal vaccine court to continue to debunk vaccine-autism claims.

Records show that on June 18, 2007, a DOJ attorney to whom Dr. Zimmerman spoke told the vaccine court: “We know [Dr. Zimmerman’s] views on the issue. … There is no scientific basis for a connection” between vaccines and autism.

Dr. Zimmerman now calls that “highly misleading” and says he’d told them the opposite.

Robert F. Kennedy Jr. of Children’s Health Defense, describes the DOJ attorneys’ alleged cover-up and misrepresentations as “one of the most consequential frauds, arguably in human history.”

Vaccine safety advocate Robert F. Kennedy Jr., of Children’s Health Defense, describes the DOJ attorneys’ alleged cover-up and misrepresentations as “one of the most consequential frauds, arguably in human history.” He has filed a fraud complaint with the DOJ inspector general against the DOJ attorneys involved. (The inspector general’s office said it cannot comment on investigations or potential investigations.)

As a backdrop, it helps to understand how vaccine injury claims are handled in the United States.

Congress created the special vaccine court in 1988, in consultation with the pharmaceutical industry. In this special court, hearings are private and vaccine makers don’t defend their products — the federal government does it for them, using DOJ lawyers. Money for victims comes from us, not from the pharmaceutical industry, through patient fees added to every vaccine given.

Rolf Hazlehurst is the parent of one autistic child whom Dr. Zimmerman states got autism from vaccination. A criminal prosecutor, Hazlehurst told congressional staffers at a briefing in 2013 that “if I did to a criminal in a court of law what the United States Department of Justice did to vaccine-injured children, I would be disbarred and I would be facing criminal charges. I think that scared the hell out of them.” An upcoming House Oversight hearing on the topic was abruptly cancelled.

Dr. Zimmerman’s opinion mirrors that of another pro-vaccine medical expert — the late Dr. Bernadine Healy, former director of the National Institutes of Health. And it lines up with what the head of the Centers for Disease Control (CDC) Immunization Safety, Dr. Frank DeStefano, told me in 2014. When asked about vaccines triggering autism in certain susceptible children, DeStefano acknowledged it as possible.

“I guess that, that is a possibility,” said DeStefano. “It’s hard to predict who those children might be, but certainly, individual cases can be studied to look at those possibilities.”

No known studies have been attempted. However, vaccine court cases show that some children whose autism was triggered by vaccine had unknown pre-existing susceptibilities including Tuberous Scleroris (TS) and mitochondrial disorder. The U.S. vaccine court has paid $4 billion to date, including for injuries in which children ended up with autism but when the plaintiff’s alleged the brain injury using the term “encephalopathy” rather than “autism.”

For the sake of children, Congress should re-examine both sides of the medical science in this case.

When asked, the DOJ, the CDC and the pharmaceutical lobby group PhRMA had no comment about Dr. Zimmerman’s affidavit. The primary attorney named in Dr. Zimmerman’s affidavit as having misrepresenting his opinion no longer works for the Justice Department, and did not answer repeated requests for comment for a recent “Full Measure” program on the controversy.

The CDC website currently makes no mention of Dr. Zimmerman’s opinion, his published findings or similar studies, or numerous cases in which the government has paid damages in vaccine court to children who — according to the vaccine court and medical experts — got autism as a result of their vaccine injuries. The CDC states unequivocally that “vaccines do not cause autism.”

Scientists say it’s entirely possible to identify conditions most likely to make children susceptible to vaccine injury and to devise a safer vaccination policy to protect them, while continuing a robust vaccine program for the rest.

For the sake of children, Congress should re-examine both sides of the medical science in this case.

Sharyl Attkisson is an Emmy Award-winning investigative journalist, author of The New York Times best-sellers “The Smear” and “Stonewalled,” and host of Sinclair’s Sunday TV program, “Full Measure.” Follow her on Twitter @SharylAttkisson.

The post How a Pro-Vaccine Doctor Reopened Debate About Link to Autism appeared first on Children's Health Defense.

How a Pro-Vaccine Doctor Reopened Debate About Link to Autism